How can a bird survive self ignition?

This may seem similar to this question but my goal is for one:

The bird does not die and secondly to get more exact solutions.

The ultimate goal would be to create a bird which can ignite itself at will for one or two minutes, while surviving. And to fix the flammable material storage problem (space and weight). (applying our physics and chemistry)

So I have found out that apparently burning isopropyl when cooled with enough water can be cooled down to 56 degrees Celsius. (from the perspective of the bird the actual fire is still way hotter) A bird should survive this for one or two minutes. (can't provide my sources because the us government is unable to pay the servers where I found them)

The problem with this solution is:

Another way entirely to solve the problem would be to use a light, isolating material replacing the feathers or adding it to the feathers. Which could enable me to use the same technique I used to let a Dragon breathe fire. The problem with the Dragon solution will probably be how to store enough flammable material in a bird.

As we all know, cattle and some humans can produce inflammable farts. This is because we produce considerable amount of methane and hydrogen in our intestines.

Unfortunately this is unlikely to be a working solution for birds. No extensive research has been done on birds farting but most students of birds seem to agree that they fart very little.

Mike Murray said in a 2009 article for Popular Science, birds are capable of passing gas, but they don’t because they lack the same combination of diet and gas-forming bacteria in their gut that gives mammals their odorous gas. https://www.dailydot.com/parsec/do-birds-fart/

One supposes that given a very specialised diet (of beans?) a bird species could evolve to fart a lot but it seems unlikely for birds of a size that can fly. The larger flying birds are carnivores. Small birds' farts just wouldn't be voluminous enough for much of a display.

[The] Uropygial, or Oil, Gland, in birds, an organ located on the back near the base of the tail. Paired or in two united halves, it is found in most birds. Absent in ostrich, emu, cassowary, bustard, frogmouth, and a few other birds, the oil gland is best-developed in aquatic species, notably petrels and pelicans, and in the osprey and oilbird. https://www.britannica.com/science/preen-gland

Nesting in colonies in caves, oilbirds are ... the only nocturnal flying fruit-eating birds in the world. They forage at night, with specially adapted eyesight. https://en.wikipedia.org/wiki/Oilbird

Clearly a bird that is flying at night is going to be spectacular if it bursts into flames but is their oil flammable? Yes it is.

The oilbird, or guacharo, is not a morbidly obese bird. It’s called “the whale of the air” because like its larger, ocean-dwelling brethren, it contained oil—oil that was harvested yearly, and which lit lamps.

So my suggestion is that some offshoot of the oilbird started to over-produce flammable oil from its Uropygial gland. The reaction to this would be excess preening. This oil would be spread all over the bird's feathers.

So what causes them to burst into flames?

Many birds digest their food by eating small stones that are kept in the crop and act as a grinding mechanism. Let us suppose our birds live in a flint-rich area. They pick up small flints for their crop. Flints are well known to produce sparks.

Birds that are over preening and spreading flammable oil all over themselves may occasionally get some of the oil in or near the flints in their crop. The flame ignites and of course the bird flies off in alarm screeching wildly. The flames spread backwards over the feathers increasing the conflagration.

This is most likely to kill the bird but it would explain why people occasionally see these amazing aerial bonfires at night and report them back to their sceptical friends thus creating the myth.

Alternatively these are water-birds and they instinctively dive into the nearest river or lake thus extinguishing the flames and surviving.

Over time the birds that burst into flame and die are weeded out of the population. Some birds survive in better or worse condition.

Breeding Plumage: This is the most brilliant, colorful plumage for many bird species, and it is displayed during the courtship season when birds are trying to attract mates. In dimorphic species it is most often the males that develop bold breeding plumage, and it may involve extraordinary colors or unusual feather shapes such as long streamers. https://www.thespruce.com/bird-plumages-387315

When males, who are in their mating plumage survive being on fire they become very attractive to the females for their survivability and toughness and so tend to have more offspring. As generations go by, the males start to 'deliberately' set fire to themselves during the mating season and (like the peacock's tail) it becomes a feature that is kept going by sexual selection rather than simple survival.

The males' mating plumage develops an outer layer of fluffy feathers that are easily set alight once preened selectively with the previously mentioned oil. This burns off leaving the lower flight feathers intact. New feathers can be grown fairly rapidly (feathers are growing and being shed all the time). Males that can both set fire to themselves and quickly regrow their mating plumage are obviously healthy individuals and so they become even more attractive to the females and we get ...

Fisherian runaway or runaway selection is a sexual selection mechanism proposed by the mathematical biologist Ronald Fisher in the early 20th century, to account for the evolution of exaggerated male ornamentation by persistent, directional female choice.[1][2][3] An example is the colourful and elaborate peacock plumage compared to the relatively subdued peahen plumage; the costly ornaments, notably the bird's extremely long tail, appear to be incompatible with natural selection. https://en.wikipedia.org/wiki/Fisherian_runaway

Over the millennia the display becomes more and more spectacular for no other reason than the females prefer it.

The birds have two layers of feathers.

The layer closest to the skin is fireproof.

Not 100% because that would be extremely difficult, but enough to last 1-2 minutes. They will not ignite in that time and they provide some insulation from the worst of the heat.

The layer over the insulating layer is wispy and light and extremely flammable.

If you've started a campfire you know that certain starter materials (like straw or thin flat paper strips) catch fire easily then burn themselves out very quickly, usually without getting hot enough and staying alight long enough to catch your kindling on fire.

Think of a candle wick which stays cool enough to snuff with a quick pinch of wet fingers. In this case the wick stays lit because it is long and the wax slows the process down so that the wick needs more time to find more wick to burn. Your bird won't have wax or anything else to slow down the process. So the wick (the top feathers, which are short) just burns out and the flame dies.

The bird's feathers do not have "kindling." By that I mean, there is no in-between layer where the quick burn of the wispy feathers will transfer to an easy to burn but more solid layer and then set the "logs" on fire (in this case, the insulating feathers or the actual body of the bird, all of which will burn in the right conditions).

The top layer of feathers grows back very quickly.

Only the bird's back is on fire.

The wispy flammable feathers are only on the bird's back, where they are most visible and prettiest. The bird's head, neck, limbs, and belly only have the insulating type of feathers.

When catching fire, the bird immediately moves into "fire position."

Its back faces straight up (because heat rises and that is the best way to stay cooler, if not cool). Some articles about fire-eating talk extensively about that. The most important technique is to make sure the fire points upward and you only contact it from below. This reduces the heat significantly. (ref1) (ref2)

The bird tucks its head towards its belly and pulls in its wings and feet and tail. Like a hedgehog. 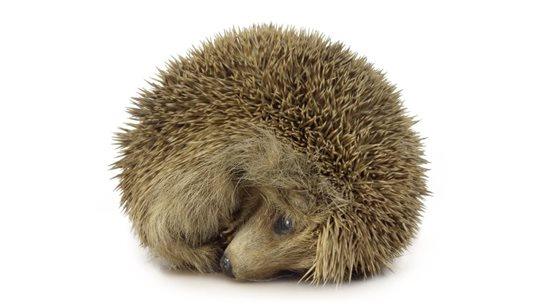 A more experienced bird could move around and even fly while on fire. But this is an advanced technique for only the most foolhardy showoffs (or the most awesome, depending on your point of view and if you're a potential mate...or a parent).

Once the top feather layer has burned off, the fire goes out.

There is nothing to sustain the fire. It was too fast and too small to allow any other part of the bird to catch fire.

The bird resumes a normal position, shakes it off, and kvells.

Not the answer you're looking for? Browse other questions tagged science-based reality-check biology creature-design mythical-creatures or ask your own question.

29
Psychedelic Death Birds
13
Is there any natural material that could be used to make fireproof feathers?
3
How quiet can a static, non-propulsive pulsejet be?
2
Is a sulfuric acid dragon possible?
5
Generic hypergolic components for a carnivore?
8
Humanoid avians with six limbs, how to modify their bodyplan so that their ribcage won't constrain certain movements?
7
How to avoid respiratory and circulatory problems in a firebreather or flaming creature?
7
How could a dragon develop blue fire breath?
4
How can I improve my pressure based magic system?