Most weapons and artillery are split by bore diameter, e.g. naval rifles of 203mm, 406mm etc.

Railguns and coilguns probably won't be classified the same way, I think. Cause if multiple models use a 25mm slug or what have you, but they perform differently, what's a good way to separate them?

Muzzle velocity? Like a 2km/s railgun versus a 5km/s one? Or input energy? That then puts forth what's a "realistic" number to power a railgun? Output energy/impact energy have the same problem.

As with artillery there should be some sub-types, say howitzer 88mm is quite different from a 88mm anti-air gun.

Same logic can be applied to railguns, but with the main metric being for example impact energy.

The gauss, abbreviated as G or Gs, is the cgs unit of measurement of magnetic flux density (or "magnetic induction") (B). It is named after German mathematician and physicist Carl Friedrich Gauss.1[2] One gauss is defined as one maxwell per square centimeter. The cgs system has been superseded by the International System of Units (SI), which uses the tesla (symbol T) as the unit of magnetic flux density.[3] One gauss equals 1×10−4 tesla (100 μT), so 1 tesla = 10,000 gauss.

I would say the best way to rate a railgun is by its Gs output.

Ammunition diameter x ammunition length x launch velocity, also including muzzle energy for those who don't want to work it out for themselves. They'll almost all be Armour Piercing Fin Stabilised Discarding Sabot (APFSDS) so that need not be mentioned unless different in some way, e.g.:

Or, a more terrifying ship-launched:

Which would be a depleted uranium flechette with a guidance package used for bunker busting.

That pretty much gives all the information that anyone with any knowledge of ballistics would need to work out the terminal effects of the round and its flight performance.

... but for railguns, it's the 'cartage' that will have the rating, and the rifle will have to be approved to fire it: "Chambered for the popular XM107 round!" 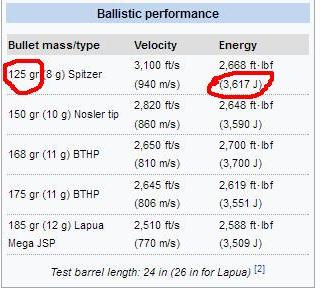 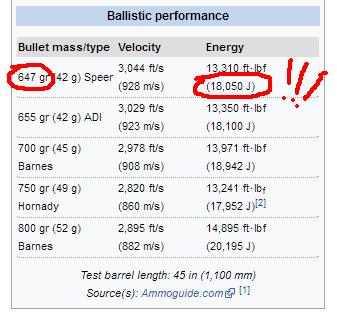 But those are just numbers that would make us wonder if it will penetrate 3/4 inch thick steel plate at 200 yards (which is no and yes, respectively). However that's the only single number to look at for "ballistic performance".

I think that if or when they come to market, railguns will be (hopefully) named akin to their caliber, but they will be rated in the largest weight 'cartage' that they can chamber and reliably fire. In all actuality, it's going to be called by whatever name given by whatever manufacturer produces the most prolific round (and eventually appear as a truncated, standardized version as deemed by the government). Often, new weapons are specifically made to use a premier cartage; not the other way around - they're at the very least, made alongside (I'm so tired of video games that a new rifle drastically changes everything, all the while firing the same cartage...).

They will not be rated in muzzle velocity because as you can see, the differences between those two cartridges is negligible, but their impact is not, due to a .50 BMG being about four times the weight of a .308, and traveling at basically the same speed.

The problem with portable railguns is their imaginary power supplies. Who knows, they might be called iRifles. Whatever they're called, the bottom line I'm looking for on a projectile is energy on target.

TL;DR: some combination of weight and caliber. One tells me if it fits in my gun, the other tells me how much of a mess it's going to make.

Current researchers classify railguns by their muzzle energy, such as the US Navy's 32MJ railgun, and researchers were looking to double the energy to 64MJ.

This really is independent of the size and mass of the projectile, you could have a 64MJ railgun firing a very small pellet at hypersonic velocity, or large cannonball shaped projectiles at a much lower velocity. However, we accept that current chemical tube artillery can have very different trajectories and terminal effects even if the same calibre; for example a 105mm howitzer has a much different profile than a 105mm L7 tank cannon (or a 106mm recoiless rifle, which was actually 105mm in calibre, but marked "106" to prevent confusion in the logistics train) 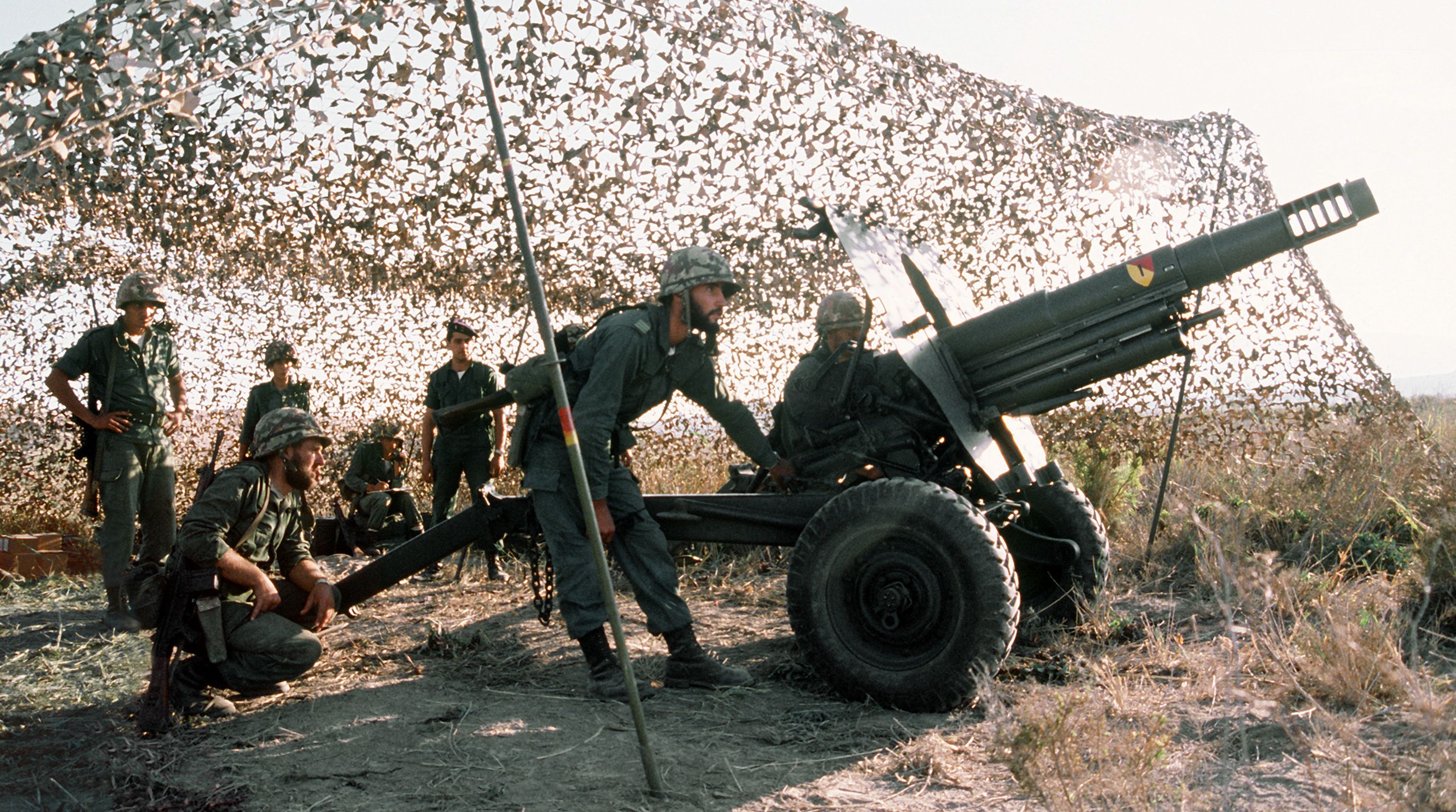 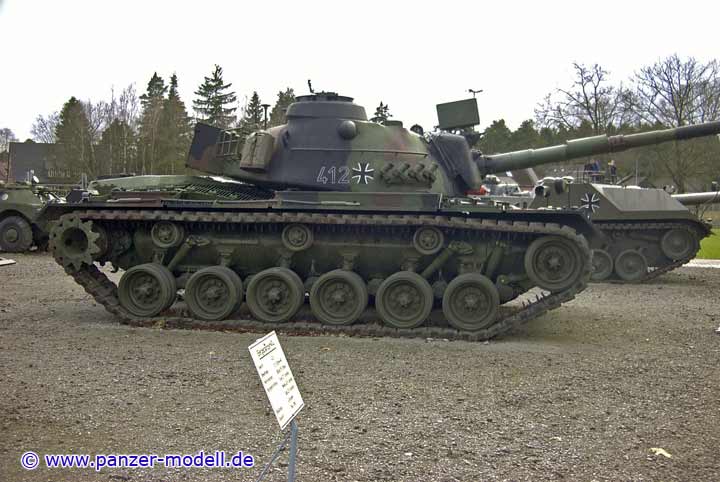 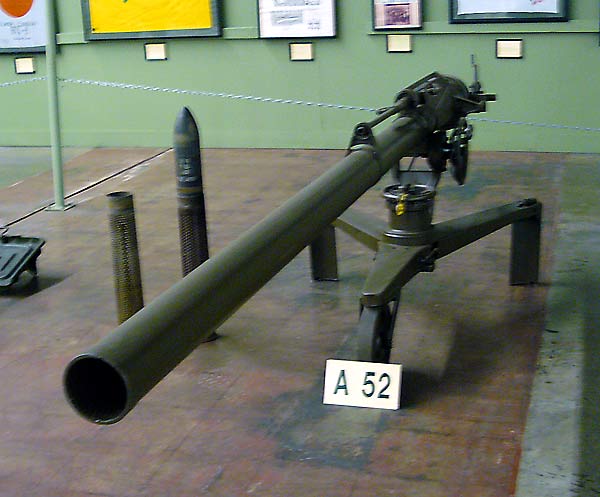 So railguns and electromagnetic cannon in general could be characterized by their muzzle energy, without too much distinction between the actual role of the weapon. This could be a secondary descriptor i.e. 64MJ naval surface bombardment railgun or 10MJ naval antimissile railgun.

Essentially, you notate the diameter of the weapon's accommodation, and then notate how fast it can get a slug of that size going. That latter would probably be a range of velocities, given that different lengths of slug will take different energy inputs to accelerate.

Also consider if you want to be able to shoot to wound instead of shooting to kill. Chemical propulsion doesn't allow for that, but a railpistol might.

Not the answer you're looking for? Browse other questions tagged weapons energy railguns or ask your own question.

6
What's more viable as futuristic infantry weapons, rail/coilguns or laser rifles?
5
What kind of protection system could be used against railguns?
32
How do spaceship-mounted railguns not destroy the ships firing them?
3
Could elephants evolve into living railguns?
18
Handling recoil of hand-held railguns
5
Railguns designs for hand held rifles and spacecraft
10
Tank armaments: railguns vs coilguns
2
Effectiveness of orbital railguns on ground or air-based targets?