If a superpowered character tried to run by kicking away material in what rotational direction would they spiral out of control?

Let's say that there's a superpowered character who has superstrength, control, speed, and durability, but no super friction powers.

Ordinarily he can only accelerate about as fast as a motorbike although he has a lot more power in theory. One day he needs to go a lot faster, so he steps up the power to the extent where instead of running through friction, he aims to run through thrust, by overcoming the material strength of the ground and pushing his foot through the ground so fast that he can propel it away from his foot at absurdly preposterous enough velocities to give his own body a fast speed kick forwards. 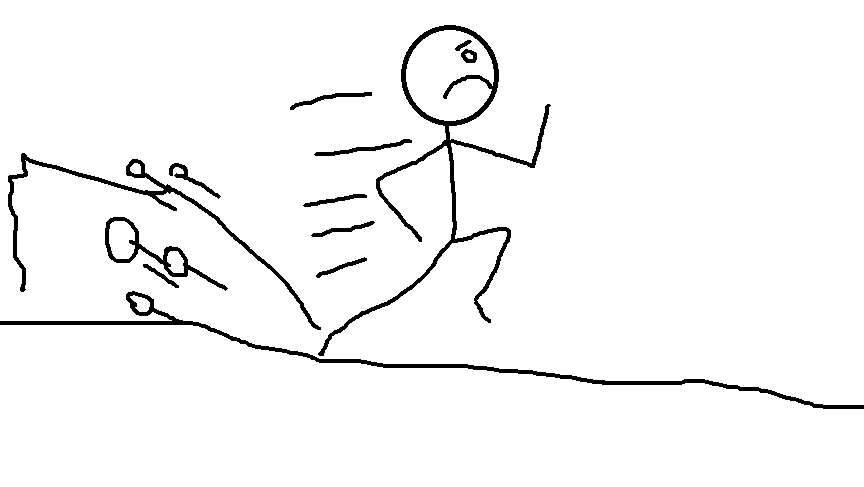 Now, the question is: shouldn't he actually spiral out of control because the thrust is occurring at his foot and not at his center of mass? What direction will he rotate in? Will he rotate away from the material he pushed exactly like if he had a rocket attached to his foot (that briefly fired), or will he rotate around his own leg due to torque? 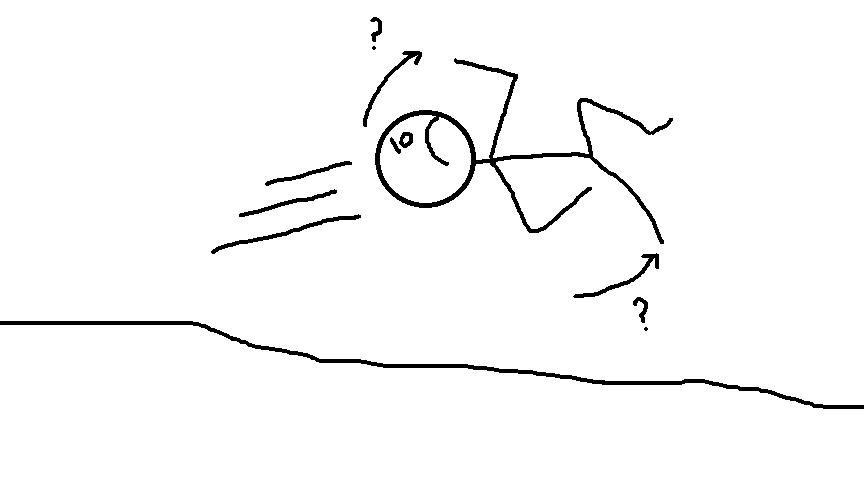 You might get a better answer at physics.SE, but here goes.

When there's something to push against (friction), the force of thrust appears to be at his feet — and it can be considered to be so because the remarkably complex process of balancing the body is automatic and we humans almost never think about it.

So, what happens if our hapless super hero runs on pebbles?

He falls over. The center of mass (torso) is no longer being supported by the legs and has nowhere else to go in a gravity well but down. I'm going to go out on a limb and suggest that Chaos Theory proves we don't know what will hit first: the back of his head, the left ear, the right ear, or the tip of his nose. But hit the ground he will.

Will there be some initial forward motion? Sure. His feet didn't go from zero to the proverbial sixty in zero seconds. So, for a moment (measured in seconds) he could be thought of "spirialing out of control" because he's moving forward while he's falling down.

Now, if necessary, after hitting the ground (and if not already in this position) he'll rotate over such that his legs are moving parallel to the ground. That's the lowest energy point.

Once on his left or right side, the leg motion will spin him around like a top, most likely in a forward (as in entering the space in front of his kneecaps), pivoting on his shoulder. Which he'll continue to do until he discovers live stinks and stops moving his legs.