My world has a semi-nomadic people that inhabit a vast sandy desert. Underneath this desert lie the ruins of an enormous metropolis -- a city that was abandoned tens of thousands of years ago.

In the past fifteen to twenty centuries something has changed in the region which has resulted in the slow uncovering of these long-lost buildings. This process could have been going on for longer, but only in the past few centuries have the ruins actually started to surface.

What is the slow, gradual change that started this? My first thought was a shifting of the direction of the prevailing winds, causing sand to be blown away instead of deposited, but I don't know how realistic this is.

edit: The idea I have in my head is of a once-fertile region that is absolutely crammed with ruins. This city/metropolis could once have had the size and density of Paris or Berlin, for example. This city was abandoned as its people suffered some mysterious mass extinction, but its buildings and their interiors remain mostly intact, owing to the great architectural prowess of its people. The region is now covered in huge amounts of sand and has become a typical sand desert, so that nothing alludes to its former grandeur. Only recently (3~4 centuries) have the tops of the tallest of these buildings (e.g., monuments or other, rare, buildings taller than, say, 80m.) begun to become visible features in the sand.

It is key that none of the peoples who have lived near the region, even for centuries, can recall it being anything other than a desert. Ideally, the uncovering would be plausible as a natural, slow event, but it doesn't have to be scientifically rigorous.

I like the answer below about the flooding of Sarnath, because it explains how the city vanished (I can tie that in with the mass extinction event), how the desert was formed by the settling of salt and sand, and how the sand blows away now the sea is no longer there. The only thing I would then like to know, is what causes the sea to dry up / retreat.

Before the metropolis was covered by the desert, it was drowned in a sea. 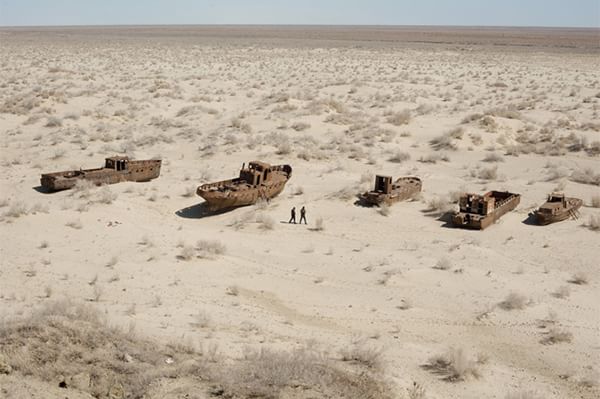 I am thinking of H.P. Lovecraft's Sarnath, claimed by its lake.

These men indeed went to the lake to view Sarnath; but though they found the vast still lake itself, and the grey rock Akurion which rears high above it near the shore, they beheld not the wonder of the world and pride of all mankind. Where once had risen walls of 300 cubits and towers yet higher, now stretched only the marshy shore, and where once had dwelt fifty millions of men now crawled only the detestable green water-lizard. Not even the mines of precious metal remained, for DOOM had come to Sarnath. The Doom that came to Sarnath

A sea claimed the metropolis, covering it in the waters. Over the millennia silt and sand built up, burying the sunken city. Years passed; the world changed. A thousand years ago the sea dried up, leaving only an expanse of salt and sand.

Winds and rare rains then eroded the mudstone into peaks and spires. Like an ancient fossil, the entombed city gradually emerged into the light. https://en.wikipedia.org/wiki/Badlands#/media/File:Badlands00503.JPG 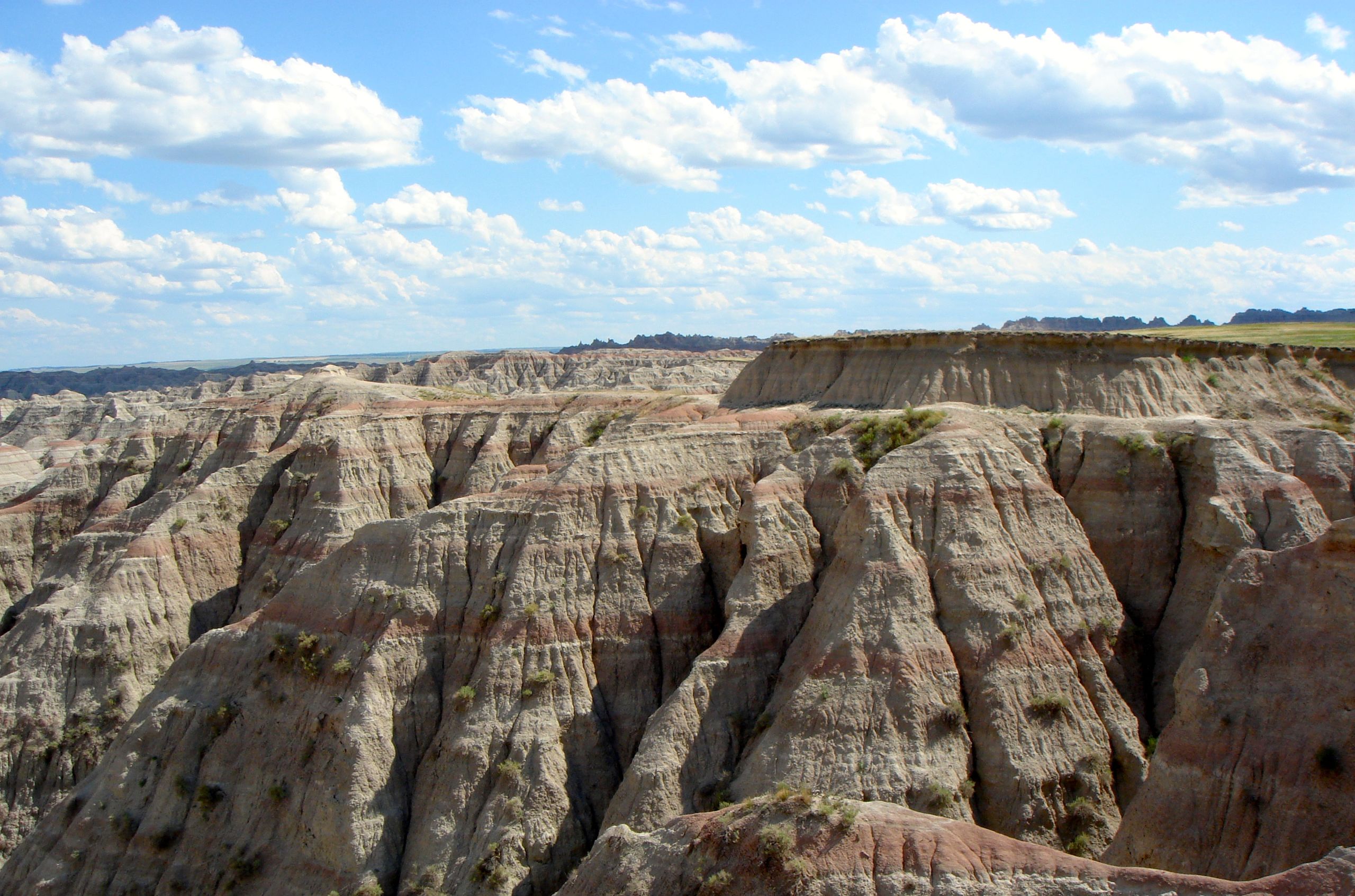 This happens all the time over a relatively short timescale. Sand travels across the desert in wind-driven waves - these are usually described as dunes but they move.

A building could be covered one day by the crest of a wave and a week later be exposed in the trough of the wave.

I imagine that originally the area was a vast fertile plain and underneath the soil was alluvial rock. When the plain started to become desert, the sand gradually blew over it over hundreds or thousands of years, eventually burying the city. As the wind continues to drive the sand along, eventually the bedrock is uncovered. The foundations of the buildings were cemented to it and so they appear gradually. There is no need to change the direction of the prevailing wind.

To answer What is the slow, gradual change that started this? - if you're all right with it being a combination of changes, I would add small tectonic shifting to your wind changes. Tectonic plates shift gradually and only large abrupt shifts cause earthquakes. So the land could've shifted over the years and gradually led to the shifting of sand until the buildings were closer to the surface so the changes wind currents could uncover them.

Now as for your second question The only thing I would then like to know, is what causes the sea to dry up / retreat. - Since you say your city was abandoned tens of thousands of years ago, there is room for the climate to change. Perhaps, while there was a sea covering the city, the temperature began to rise so it led to the sea drying up/receding. Similar, perhaps to the Pannonian Sea

I can't do better than Wilik's answer, but I'd like to add to it.

The land flooded and the sea built up with silt and eventually dried completely, leaving only desert.

As it dried, it left a crust perhaps a foot or two thick (30-60 cm). I'm thinking limestone or something similar. This crust isn't very strong but it is enough so that the winds can not blow it away. Sand builds up on the surface and blows away again, but the surface stays intact.

As your nomadic peoples become more semi-nomadic, they begin to do things like till the soil, dig irrigation canals, dig wells, and set some pillars for construction underground.

This activity cracks the crust over the dried up lake and, slowly, the winds are able to reach areas they could not before. The smallest of the cracked pieces blow away and so does the sand/dirt underneath.

Over time, the tops of very tall structures become regular features of the desert.

Not the answer you're looking for? Browse other questions tagged internal-consistency geography deserts archaeology .

6
Effects of a river that flows through the air to a desert mountain?
13
Architectural considerations for a city in a wind tunnel
6
Would a tunnel in sand collapse?
18
Signature of destruction - does tearing down a building leave noticeably different ruins to natural decline?
33
If a patch of desert were magically displaced to the middle of a forest, what would happen to the whole forest after certain periods of time?
43
City made of glass in a desert?
5
Northern Great Lakes in an Alternate Island Africa--Would the Sahara DESERT Still be Around?
5
Reasons to settle outside cities on deserts
4
Would this fire-based magical catastrophe turn a forest region into a desert?