How to have people and big bugs at the same time

There's been a few questions about making big bugs before and the consensus in they can't get much bigger than 3ft or so (which in reality is still huge). Catch is, you need quite a bit of extra oxygen to do it which doesn't bode well if someone wants to throw people into the mix...

So,just how big can I make my bugs by cranking up the O2 before either they can't get enough oxygen or my humans drop dead from O2 poisoning? Is there some 'happy medium' where people can survive well while still having dragon flies the size of shoes flying around? (25% O2? 35%, 50%?) 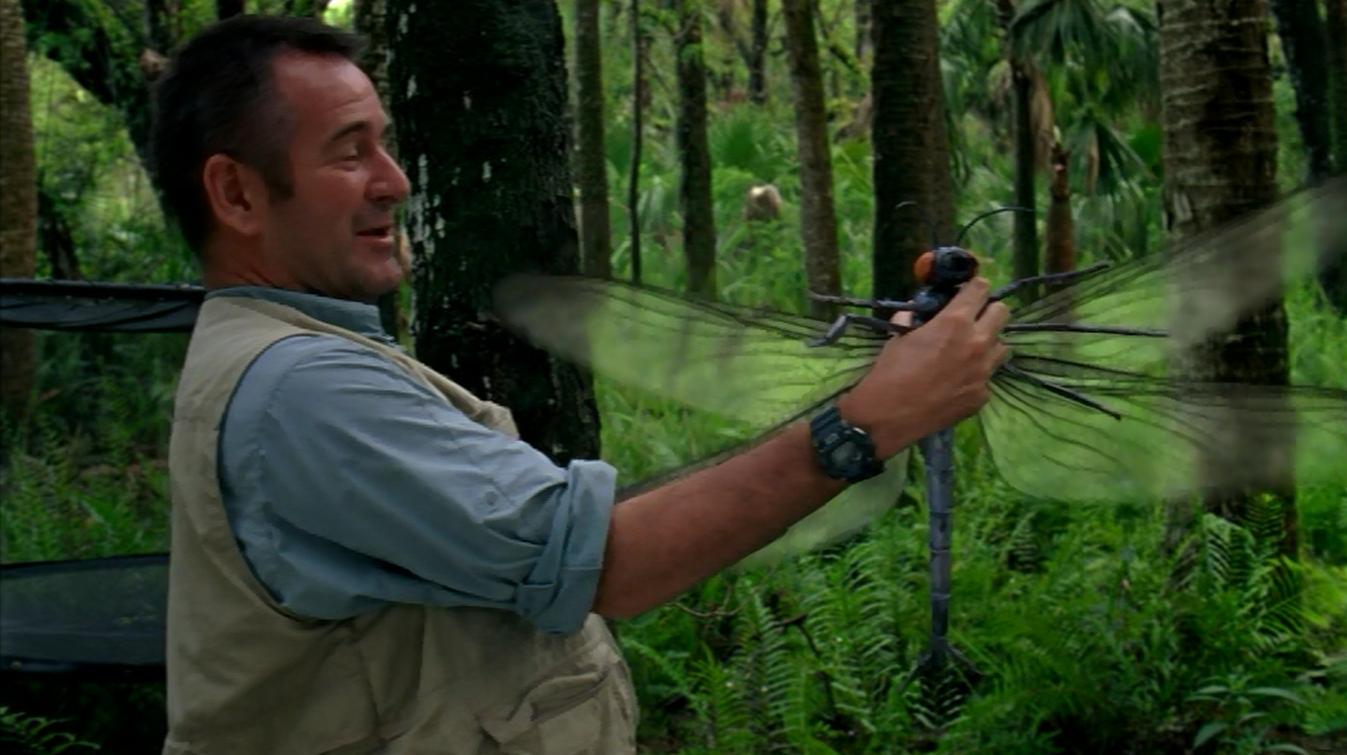 The answer is simple: have insects that have evolved a different respiratory system.

At some point during Earth's history no animals had lungs, and then many clades developed different forms of those. Even among the hexapods, evolution is still ongoing: insects' tracheas are and advancement compared to the springtails' porous cuticle system.

A lung is a tightly folded, highly vascularized trachea by another name. It's the way biology found to flip the bird at math and its square-cube law. In a fictional world, it's no stretch to have insects develop something between what they have here and what we have.

I don't think the main issue is oxygen (for either species). Food is the limiting factor.

There are puppy sized spiders on earth now. If you go back to the pre-historic era, there are even larger insects. I'm assuming your main concern with oxygen is that most insects breathe through holes in their skin called tracheae. Tracheae evolve as the species evolve (just like humans evolved lungs).

The limiting factor will be food and competition for it. Over-fishing and over-hunting are well-documented problems that most governments solve with quotas. The world isn't over-run with lions because large creatures that have to run fast to catch food expend MUCH more energy than slower, smaller creatures. Being a big, fast creature means you can starve faster.

As far as giant dragonflies go, it's not so much the amount of oxygen in the air, as it is a higher atmospheric pressure which allows them to fly. You can compare this to light planes needing a much shorter takeoff roll at sea level than at my ~5000 ft home field. Or for a similar case, I was once given a battery powered toy helicopter (early version of a drone) that flew perfectly well in near sea level Silicon Valley, but wouldn't stay up at my home.

WRT oxygen concentration, it's not so much the percentage of oxygen in the atmosphere as it is the partial pressure. So you can increase the O2 percentage at low pressures and be fine, as for instance when people in unpressurized airplanes use oxygen masks at high altitude. Likewise, when you increase the pressure, as with scuba diving, you have a higher partial pressure of O2 even though the percentage hasn't changed.

Not the answer you're looking for? Browse other questions tagged environment atmosphere insects or ask your own question.

27
How could bird people map the air?
5
Mountaineers With Big Hearts and Even Bigger Lungs
8
How can a world have permanent cloud cover?
5
How can a world have permanent dense fog?
8
How does the air remain stationary in The Big Blue?
10
Will winds always be the same?
5
We Have Successfully Established Plants and Insects on Mars. How Long Will It Take Them to Colonize the Entire Planet?
4
How big an area can we possibly make habitable on the moon?
6
How big would the ice ball have to be to deliver all the water at once?
12
How big can Europan fish get?