How would ships develop in a world without Gunpowder/Cannons

So i was thinking about the world i set my story in:

I stumbled over the question if ships would have developed the same (with multiple masts, like Galleons or Viktorian Frigates) or if other forms would have been prefered. I imagined that maybe huge Ballistae could have been used to serve the purpose of sinking enemy ships from a distance. So, what would you think, how would ships have developed and how would naval battles work when gunpowder was never invented?

Mostly focussed around using bows and arrows, boarding and ramming.

There were hundreds of years (in fact thousands) prior to gunpowder being commonly used in weaponry where ships were used in battle.

These ships usually featured the following:

In your world a well coordinated fleet would have an advantage - so your 'magic's' best use is likely initially in communication and detection.

Presumably, if metallurgy continued to develop as per our history then ships may become armoured like the later Ironclad battleships. Without gunpowder, the only way to disable an enemy ship is then to board her, and capture her crew.

Alexander Volta noticed that a spark could ignite a mixture of air and flammable gases. Around 1777 he came up with the idea of a gun, called 'elettroflogopneumatica', and which we call today 'Pistola di Volta'. 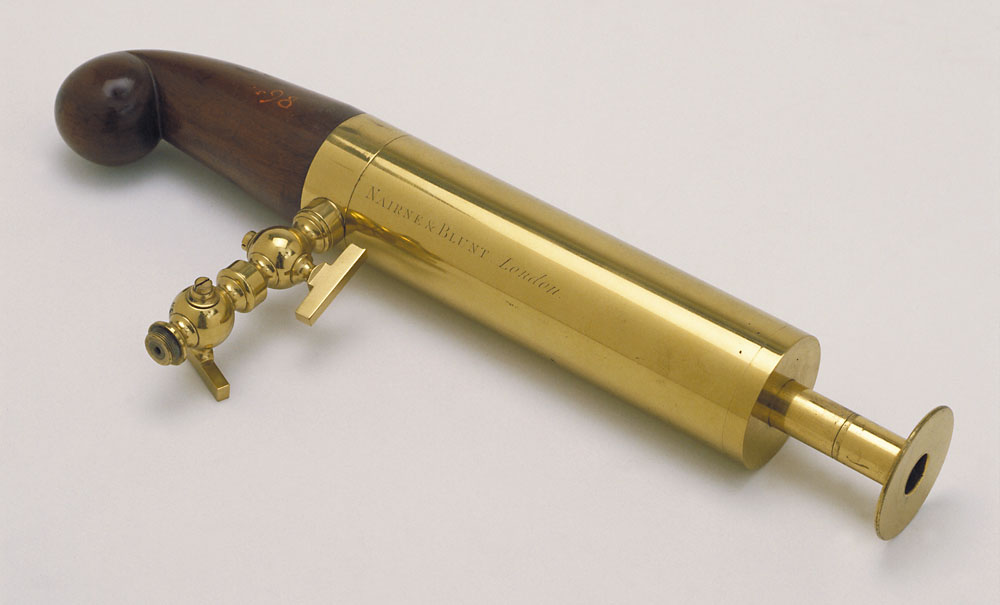 In our world, a typical potato launcher works on the same principle. Note that for our purposes, one could even use baker's flour, in suspension in an air chamber. The weapon is not based on gun powder, and it is not quite a cannon.

It is easy to envision that a ship's crew armed with such wonders would severely beat any primitive navy that still insisted on bows and arrows.

Not the answer you're looking for? Browse other questions tagged alternate-history technological-development ships .

14
How would technology develop differently without astronomy?
11
Resolving anachronism: Have a modern society with outdated warfare
4
How could the Ming Dynasty's armada have made China a colonial superpower?
4
Ships as survival world (post-apocalyptic world)
1
Naval cannons vs ships made of magic wood
7
How would naval battles “realistically” work in a world with magic
4
What would 17th century warships look like if gunpowder had not been invented?
11
How might nuclear power have never been developed?
10
Aircraft Carrier or ship with similar functionality for Dragon Riders?