One finger, one thumb, one arm, one leg, one nod of the head

One finger, one thumb, one arm, one leg, one nod of the head, sit down, stand up, keep moving We'll all be merry and bright

I want a creature that literally has one of everything.

All of the above plus:

One eye, One nostril, One nipple, One foot, and so on.

The creature moves by hopping (of course) and it manipulates things with a combination of its tail and its one hand (which has one finger and one thumb).

I only want to consider macro features. It would be ridiculous to have only one brain-cell, although some people might think that applies to me.

If we assume that this is some future type of Earth-creature that has evolved over thousands or millions of years from a kangaroo, are there any insurmountable biological reasons to prevent it only having one of every major organ. It seems to me that it could have one liver, one lung, one kidney etc. and survive perfectly well.

Anatomically and medically is there any reason that such a creature's macro-scale internal and external structure could not be viable?

Assume the creature is pretty much bilaterally symmetrical on the outside and probably on the inside as well.

I'm interested at the organ level rather than the cellular level.

How the creature evolved

First of all the legs fused centrally. This is because a present-day kangaroo always uses its legs in unison when travelling, two separate legs became unnecessary. The arms merged and the nostrils merged. I haven't yet come to grips with the fusing of two eyes into one. It may be better to preserve two so as to allow binocular vision. The genitals of both sexes migrated to the front and the anus to the back. Mating is done face to face. The reason for this is to allow the newly born joey to crawl into the mother's pouch. The joey as you know is quite primitive at birth and it retains some of the old kangaroo features to allow it to climb. As it develops further the new physiology develops in a reiteration of what happened during evolution.

What you've created is called prey, it will die very quickly as it is unable to traverse terrain, or flee from predators, or chase prey on it's own. This sort of evolutionary mistake usually dies off and a stronger, usually a more mobile version succeeds.

Bipeds (creatures with 2 legs) are very rare in nature for good reason, it's not a good form of locomotion. 1 leg is even worse. Your creature would be forced to expend more energy just to stay standing and ready to flee, and it would not be able to move fast enough to catch prey, or agile enough to keep itself safe. It doesn't matter what it's organs arrangement is, it won't survive without other bipedal members of it's race taking care of it.

I can give you an example. 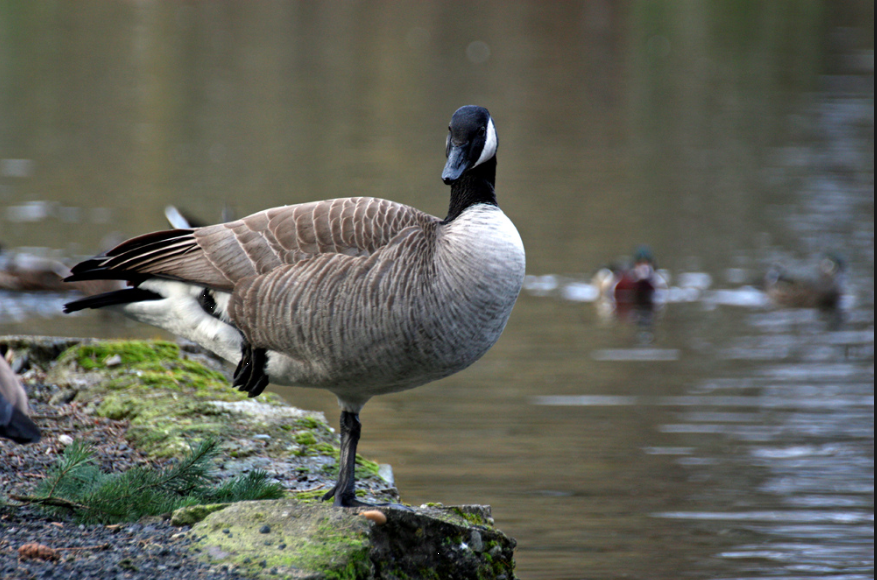 Somewhere in this birds evolutionary line, it decided standing on 1 foot is a good idea. But even it will use it's other foot when it's time to flee. This bird can stand on one leg, but it still needs it's other leg to survive.

One Eye , One Ear, One Nostril and One Tooth is going to make it extremely hard for your creature to survive.

Firstly it doesn't have depth perception. It can't tell if something is really small or very far and likewise if that thing is very large or very close. This means you creature will have to interact with objects to determine its size. This can be problematic if they were looking for water, food, prey or predators because they won't be able to figure out how far or close they are without having a physical interaction and this can also confused them if the size of the body of water, food or predator can vary in size. They would also have a pretty limited field of view, and would need to constantly turn their head to ensure they can see anything around them.

Secondly One Ear means they won't be able to pinpoint where a noise comes from. This means if you were to call them, they would need to spin around to find out what was the source of the sound. And if there are multiple possible sources, they would need to move around to determine which one created the noise (assuming it reproduces the same noise in the first place). This basically means they need to hunt or run based on their vision which is already lacking depth perception and has a limited field of view.

One Nostril is a bit different. This is going to be tough on your animal because if that nostril is blocked or sensitive via some form of object or illness you have to breath through your mouth.

One Tooth (Assuming you want this and not one mouth) is also a killing blow. You can't chew food with one tooth. You need at least two to be able to either cut, slice and tear meat or chew and grind plants into a pulp for easier digestion. Even with two, you run an extremely high risk of losing a tooth due to injury, bad dental practices and being stuck with soft foods or swallowing your food whole (Mind you, with one or two teeth, you risk losing them and not being able to bite something to grip onto it).

Your creature wouldn't even be able to stand up.

If there's only 1 toe on 1 leg, you have 1 tiny point of ground contact on which the creature has to balance it's whole weight on. Yes, I know it's possible to balance a weight over 1 point, but it takes continnuous effort and thereby uses up far too much energy.

Add in a Kangaroo tail and now you have 2 points of ground cantact. Congratulations, instead of toppling over to any given direction, your creature now topples over to the left or right. From a purely physical point of view that's an improvement, but from an evolutionary point of view it's just as bad.

The minimum number of ground contact points to stand stable is 3. The creature would have to support it's body with it's one arm, which might be considered breaking the rules since it serves more as a leg than an arm.

But now let's imagine this creature hopping like a Kangaroo. Since there's only one leg, it's quite hard to steer and slipping with this very unstable, one-toed food directly leads to falling over and being eaten.

If some of them should actually make it to adulthood, how are they going to arrange their bodies in order to copulate without falling over?

To sum it up: your creature cannot possibly eat enough nutritious food to compensate for the insane amount of energy needed to simply stand still and cannot possibly run away from predators.

I'm going to ignore the 'why' this animal evolved this way, because it appears to be throwing away many evolutionary advantages.

Anatomically and medically is there any reason that such a creature's macro-scale internal and external structure could not be viable?

I'm taking viable to mean as it could live and breed in the wild if there were no predators (as mentioned in the comments of another answer).

As long as it had one of each organ, it could breath, pump blood, digest food and excrete waste products.

To keep the animal balanced (while stationary and while moving) I think the tail would have to adapt to be more of a counterweight and probably a mechanism for turning, as I can't see other mechanism for turning around other than pirouetting while stationary (which would require some rotational force to get started) and a side anchor when moving, e.g. when hopping the animal would drag it's tail to one side to pull the animal around (sounds painful, so there is probably some thick skin on there).

I imagine that most of the leg would work in a similar way for forward movement and leaning backwards and forwards with limited sideways rotation at the top of the joint. The foot will be wider to support the animals weight and the front toe would be much wider as it is essentially replacing eight toes. As there are no predators, the front toe would be more hoof like to enable grip and pushing off (grooming is going out the window here). Kangaroos have a semi-thumb on their feet, so I imagine that this would move around to the back of the foot to help support the animal.

I'm struggling to come up with a realistic shoulder joint that wouldn't adversely affect breathing. It would have to be situated on the sternum of the animal, maybe with supporting bones coming from where the shoulders currently rest. The extra bones and muscles required for this would make the animal appear more barrel chested than a present day kangaroo.

Kangaroos will use their arms (technically front paws) for balance when leaning over to feed on grass (and shrubs depending on the type), so I assume this future animal will do the same. The tail will play a greater role in keeping the animal upright. The animal may have to eat with it's head to the side to maintain a tripod of tail, leg and arm.

One nostril wouldn't make that much difference from an external perspective, but would probably play havoc with it's sinuses.

I haven't yet come to grips with the fusing of two eyes into one. It may be better to preserve two so as to allow binocular vision.

I agree with this, as having one eye would be a great disadvantage for depth perception and peripheral vision. I would also imagine that it needs both ears as well for similar reasons (hearing in more directions and being able to locate the source of a sound). I can't imagine where a single ear would go, on top of it's head maybe? It's not going to do much good there. Besides, if the animal is to appear as a kangaroo from the side, it will need a ear on either side of it's head.

Not the answer you're looking for? Browse other questions tagged science-based biology creature-design anatomy or ask your own question.

15
Anatomically Correct: 4-legged sapient creatures (“centaurs” etc.)
27
Anatomically Correct Bio-fabricator
13
Centauromorphs: Anatomical terminology for duplicate body regions/parts
17
Could this Very Specific Dragon Fly?
4
Snake with a head on both ends
8
Creating a scientifically semi-valid super-soldier, part 8: Communication
7
How would a literal eye on the back of the head work?
8
Developing a scientifically accurate species of dragon-like humanoids
12
Body plan of a 4D human-analog?