Scientists recently discovered a propellantless drive capable of completely negating gravity with low energy inputs! Huzzah! Sadly the Earth is going to be destroyed soon by a rogue handwave. Looking at their possible escape candidates the scientists settle on Venus. They build flying cities and sit them at 50km up.

They're having a great time but some of them want to open a window. What is the fastest way for them to alter the atmosphere to be breathable?

Edit: We can assume our scientists have access to the technology above our current level but within 50 years of advancement so nothing too amazing (think asteroid mining and relatively quick interplanetary travel) and the infrastructure to produce any raw materials or tools needed within a reasonable time frame.

Venus' atmosphere is mostly carbon dioxide. You can fixate the carbon to graphite with relative ease using the Bosch reaction and electrolysis of the resulting water, wherein the hydrogen gets reused as long as needed venting the excess oxygen.

This has only the effect of reducing the habitats' buoyancy and starting lots of interesting oxidizing reactions down on the surface (which by the way will be 50 km lower, not 500).

The problem is that to be breathable the CO2 concentration must be less than 5,000 parts per million (down from the current 975,000), while oxygen concentration must not exceed 60%. We don't have anything available to make up the remaining 40%.

Freeing enough nitrogen from the surface of Venus that its concentration at 50 km is breathable also looks like a losing proposition - it's mostly aluminum silicates. Also, I'm not sure we could work a viable solution for O2 and N2 partial pressures at that height.

So, the simplest alternative would be to either build really large habitats, or equip them with very good projectors and external displays.

As @Rekesoft noted, Venus does have nitrogen in its atmosphere, it's just not concentrated enough. To use this, we need to get rid of about 15/16ths of the overall CO2 atmosphere (and then some more, because of the predictable outgassing), leaving in place all the nitrogen. This should give us a 80% N2, 20% CO2 atmosphere, about four times as dense as Earth's; at a sufficient height, that ceases to be a problem (but now buoyancy is). Proceed with the conversion of CO2 to O2 and graphite, and you're left with a breathable atmosphere, as long as you don't go too near the surface.

There isn't a really fast way to oxygenize a whole planet.

You could use plants but no plant would survive. So you could maybe place microorganisms. The organisms will take in the poisonous gases and release oxygen and a little nitrogen. The organisms could be genetically modified to reproduce in a crazy fast rate.

Researchers have discovered a possible new species of bacteria that survives by producing and 'breathing' its own oxygen. The finding suggests that some microbes could have thrived without oxygen-producing plants on the early Earth — and on other planets — by using their own oxygen to garner energy from methane (CH4).

M. oxyfera can survive in mud that is inhospitable to other forms of methane-consuming bacteria such as Methylobacter mesophilic . 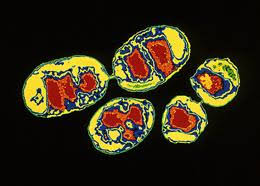 Here are some other examples of microorganisms you can use: 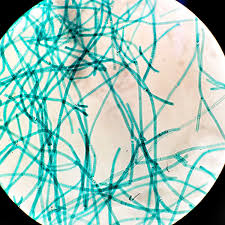 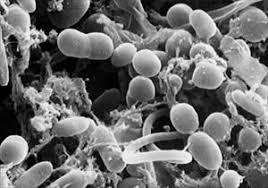 Genetic modification will allow the organisms to survive

Cheat and open windows in a few weeks

The stated objective is to be able to open a window in the hull of a floating city at 50km altitude.

Part of the appeal of opening a window on earth is that outside often smells better, or at least different than what it smells like inside. Also, cross breezes churn up the air inside to cool things off. We assume that humans in these Venesian habitats will want some or all of these benefits.

Changing the entire atmosphere of a planet is really expensive and really time consuming. Ultimately, humanity may want to do that but it won't be done any time soon.

So, if someone wants to open a window, wrap a big bubble around the living quarters. Fill the bubble with breathable atmosphere. Build in large fans to create winds and breezes. Add small chemical factories that generate aromatic compounds to seed the breezes with. Make these match Earth as much as possible.

Or, seed the outside of the habitat with trees, bushes and flowers. The load on life support goes down and the plants will make their own scents to make the breezes smell different.

Link the air circulators for the outside bubble to the regular habitat air system. This way, if someone opens their window they can get cross breezes through their apartment.

Do the terraforming thing. Seed the clouds with the right bacteria to turn the atmosphere into something breathable. Finish the process in your grandchildren's lifetime.

This will the large-scale application of completely gravity negating propellantless (CGNP) drives which, fortunately, only require low-energy inputs.

First, build all the floating cities you need to house the population of planet Earth. Second, build a two gigantic fleets of CGNP drive tanker spaceships. One fleet will scoop up the atmospher of the planet Venus, while the other scoops planet Earth's atmosphere. The two fleets transfer the atmosphere from one planet to the other.

Since Earth is about to be destroyed by a rogue handwave nobody will miss it if it now has Venus' atmosphere instead of its atmosphere.

Venus will have an oxygenated atmosphere. But before you start opening windows, disassemble the two gigantic fleets tanker spaceships and reconfigure them into a gigantic sunshade to allow Venus to cool down and remain cool enough for human habitation.

The floating cities can descend to the surface of Venus, once it's cooled down enough, since it's pretty barren it might be a good idea to bring some of Earth's oceans too, before that rogue handwave strikes. Nothing like prettifying your new planet when you move in.

When all that's done, you can open your windows.

There is no fast way to make it breathable. For that you would need to make at the least a partial terraforming to happen.

At 50 km up in the Venus atmosphere your problems are:

So you have options:

Good decision is move some of unneeded atmosphere to the Mars or just plainly terraform it too.

Not the answer you're looking for? Browse other questions tagged space terraforming venus .

2
Using a dense material to strip away some of Venus atmosphere
6
Energy costs of giving Mars and Venus moons: moving gas giant moons vs. capturing a rogue planet?
6
Terraformed Venus and Mars
7
Time to cool a de-atmosphered Venus?
5
What is the most damage/destruction I can do to Venus by redirecting sunlight?
4
What if Mars and Venus switched places?
6
Speed up Venus using radiation pressure from the sun?
6
Midway through Terraforming Venus