What Color Can the Sky Be?

A good friend of mine, who's a doctor, is very well traveled, and he told me he's seen skies of different worlds take all the colors of the rainbow (and the grayscale to boot). I suspect that he might be pulling my leg, since he does tend to exaggerate on occasion. 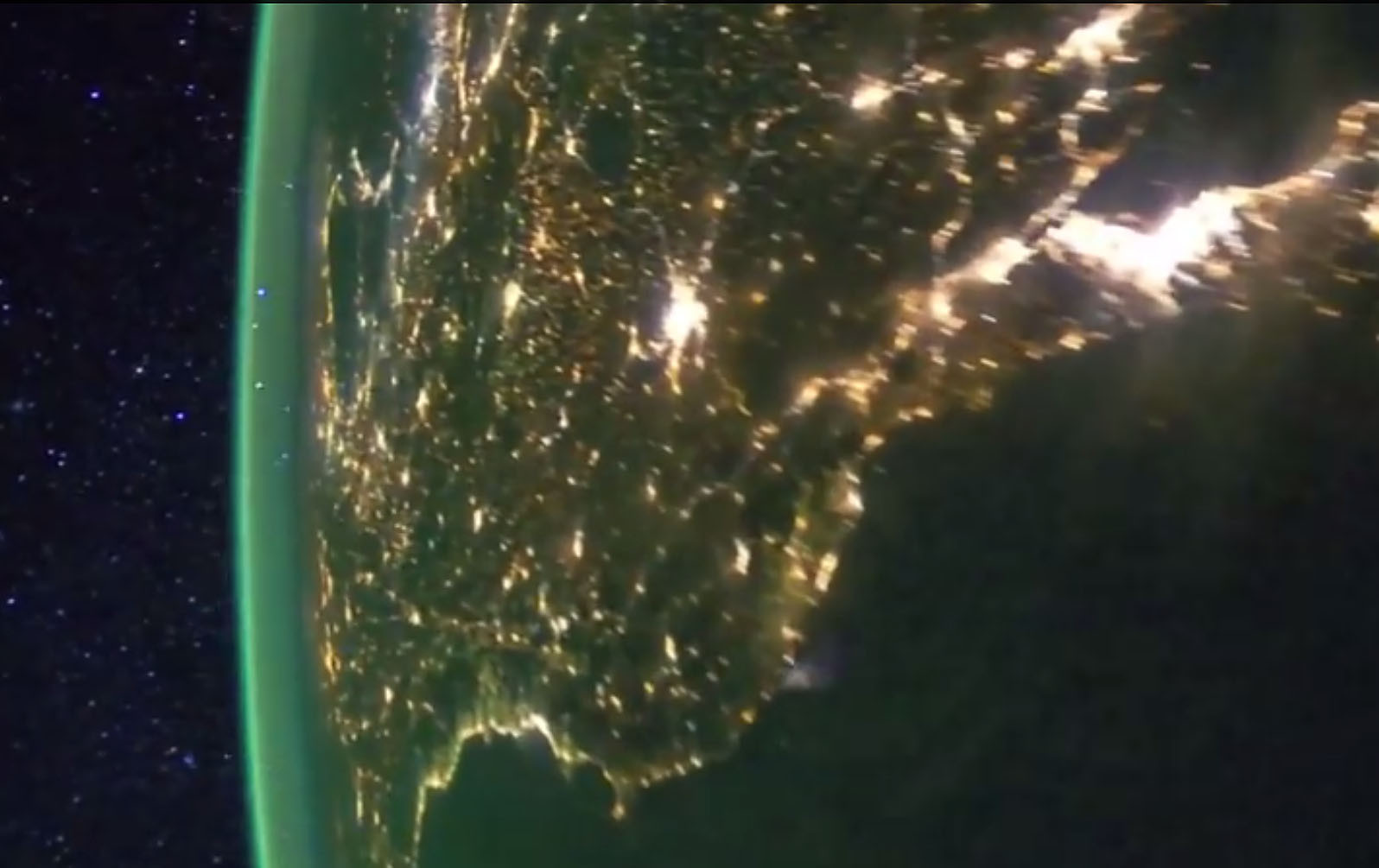 The welcome green glare of the homeworld's sky

So, is my friend lying or can the sky really be of any color (besides octarine)?

If the whole spectrum is too hard, I'm specifically (and in this order) interested in:

To clarify: I don't mean briefly for a minute, I want it that color a significant portion of the day. And no, it need not be Earth, and the system planet and star can vary to be whatever is best for maximizing your color-purposes. And no, you don't need to address all the colors, (I mostly care about green) but extra brownie points if you do.

Most colors would be possible. The two items that determine what color the sky is is the color of the sun and what is in the atmosphere. Having a red star will be the easiest in making the the sky shades of red, since that is the primary wavelengths coming from the star.

The rest, it depends on what is in the air to both absorb certain light frequencies and scatter others. Water vapor scatters most frequencies (on a day with even thin clouds, the light is still painful) and when thicker, absorbs most frequencies. I'm not up enough on my chemistry to point out which will do what.

Most skies will be blue-ish

Second off, Raleigh Scattering, the blue-shifting of reflected light, happens with all gasses. If one of the dominant atmospheric gas is carbon dioxide or methane (as in Venus and Titan), then the scattering effect will be more prominent than on Earth, since those gasses scatter blue light more efficiently than oxygen or nitrogen. If hydrogen is a dominant gas, as in the gas giants, then the effect will be less.

So basically, all reasonable atmospheric gasses are colorless in and of themselves, and all of them will scatter blue light causing a greater or lesser blue tint in the sky.

Finally, it is relevant the wavelengths of light that stars up out. 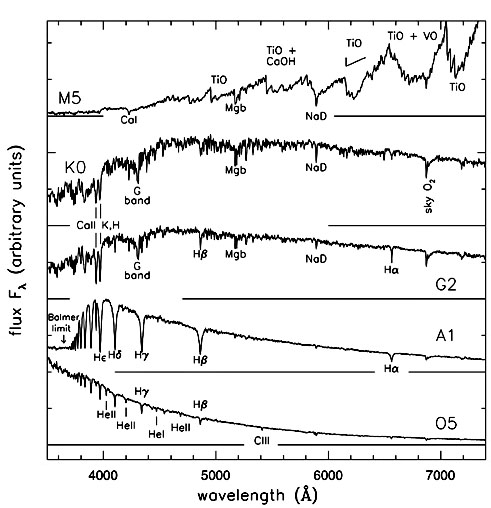 Due to various absorption effects, only the brightest and dimmest stars won't have a spectral maximum in the blue-purple range. O-type stars, extremely hot and short lived, will produce a very purple light; M-type red dwarfs will produce a reddish light. All other stars will peak in the 400-450 nm range, just as our sun does, which is sort of blue-purple.

Overall, most skies will be blue-ish. I suspect that given that the peaks of the red dwarf's spectra shown above are on the very edge of the human visible range, even a red dwarf's skies might be more green or yellow than red.

Magenta might be trickier than pretty much anyting else, because there is no magenta wavelength, it only exist as a combination of red and blue (which don't overlap in the light spectrum).

Figure you could fix that by having a binary star system of primarily red and blue light respectively.

Not the answer you're looking for? Browse other questions tagged planets physics environment atmosphere .

5
How could a habitable planet have a green atmosphere?
8
Yellow sky with a breathable atmosphere?
12
How to predict the color of this sky?
3
Sky color on a planet with an atmosphere consisting mainly of nitrogen
7
Possible sky colors compatible with life on earth

19
Apparent Color of the Sun and Sky
9
What is the color of Venusian sky 50km from surface
2
Sky Color on a planet orbiting binary stars
11
Color of the sky
33
Terrestrial Exoplanet Skies – I've Built a Visual Sky Chart. Is it Correct?
12
How to predict the color of this sky?
7
Possible sky colors compatible with life on earth
1
Explaining Planet Colors/Compositions
2
How much neon would need to be in an Earth-like atmosphere to tint it considerably orange/red?
4
What would the atmosphere of the Archaean Earth look like? (Before massive oxygenation)