How would a nanorobot disease be identified by a scientist

it's pretty straight forward, how could a scientist such as a doctor, identify that nano-robots are the cause of some disease without knowing what it is looking for ?

It would somehow need to be by serendipity, either by a doctor studying a specific disease or another scientific field, as these robots are omnipresent but in a relatively small quantity (~100 ug/m3).

they would also be the cause of a rise of cancer mainly.

for the concentration it seems that I need much more present ton insure a detection chance.

The nanobots do not actually aim to cause cancer, what they effectively do is disassemble matter to replicate themselves. I was thinking that if they were on small quantities, acting relatively slowly, then it would cause a rise in cancer in the population as a result of our body having to heal itself constantly against it. it seems now a bit too naïve...

as their effect is not limited to humans, but can be seen as a primary factor of erosion, decline of biodiversity etc...

and because of these multiple sources, theoretically unrelated, be identified as a such.

Edit to clarify their behaviour, they literally just consume and replicate as they are a mistake.

Once a blood test gives a complete negative for bacteria, and given the absence of antibody markers for viruses in the blood serum, a doctor with access to an electron microscope will have the discovery of their life awaiting. No serendipity required.

Many scientific findings were by mistake while searching for something else. Any regular analysis (Students checking a blood sample in a microscope) could identify a behavior that flags deeper investigation.

Adding to my answer: The actual behavior of the nano-robots will depend on how they were programmed (they are robots after all).

To the added questions:

Perfect possible, matter is in constant change and this have energy use and energy "waste" (in form of heat for example) the nano-robots "feed" from that energy and therefore to survive they can even be considered catalysts for the changes. This would explain rust, erosion or any other declining of matter

Because of their size, detection of the nano-robot itself is very hard, unless a really powerful and reliable microscope comes to play.

Check this link for sizing reference

Interesting choice, present in every living organism and many other inorganic matter, there is a simple test for carbon presence that can narrow down where the nano-robots could possible appear

Organic matter have carbon, that will cover that.

Nano-robots need to survive or do whatever they were programmed to do. That means if they need to alter the matter around them to be able to complete their task, this can include changing the RNA of living organisms (causing mutation - cancer). This is not their objectives (unless programmed otherwise) but a consequence.

Replication can be similar to the virus pattern: link where I got the image from 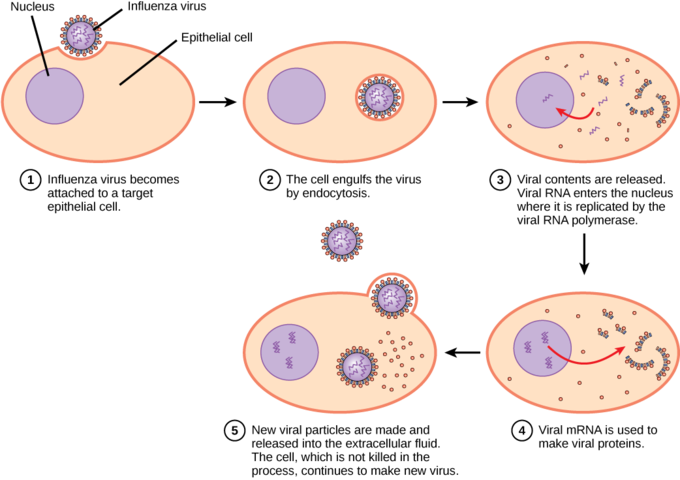 First step would be checking that organic liquids can transmit the disease.

Then microfiltration would assess if the agent is a bacteria or smaller.

Once bacteria sized agents are excluded, searching for nucleic acids would assess if the vector is a virus or not.

Not finding nucleic acids the next candidate would be prions, but a search for proteins would return no results, pointing therefore to an additional unknown agent.

Your robots are spotted in a minute...

If nano-robots were everywhere and measure from 300 to 600 nm, they will be discovered in a matter of minutes and the link with human deseases would be instantenious !

I work on the micro-electronic field and the transistors I work on have layers of only 4 nm thick that I'm brought to study with various characterization tools (MEB, AFM, SIMS) very often.

Your nanorobots would be spotted almost instanteniously as we are already several hundreds of scientists using these tools only in my compagny !

If you want your "nano"-robots to be more discreet, you have to reduce their size so they are closer to the atomic level (Angström level) as it is more difficult to "see" something (but not impossible ! See below). In this case your robots would need to be made of something else than atoms... 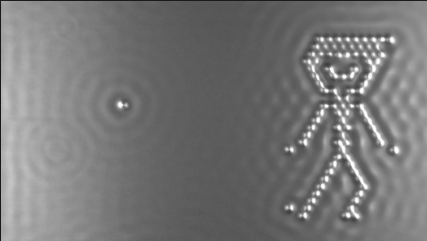 Another solution would be to build your robots only with atoms that are difficult to spot with classical characterization tool : Hydrogen. This is the only atom that is still difficult to see... But again this is not impossible with such thing as TOF-SIMS : Time-of-Flight Secondary Ion Mass Spectrometry. But I don't see how to build robots only with hydrogen... ! ^^

The nano robots are dirty little robots. Hehe. Carrying some microbe or tetanus they are contaminated with from the lab they were created. Perhaps it is an imperfection in the thought-to-be-sterile materials. A nick or cut in the surface where microbes hide. There are detected though, because they are metal. Injected robots run by other robots, trying to understand how a human-being works.

Not the answer you're looking for? Browse other questions tagged science-based diseases nanotechnology or ask your own question.

10
In a nanotech future, how does government pay for itself?
6
Would the zombie virus spread in small-town America?
1
How could an airborne disease only survive undeground?
8
How can a pre-modern culture survive a sustained invasion accompanied by epidemics?
3
Disease that targets only teenagers
7
Scientifically Correct Hanahaki Disease?
24
How does a disease cause its hosts to travel more?
7
Drop dead disease