How fast would a post-apocalyptic population grow?

Let us assume a soft apocalypse eliminating >99% of world population without any effect on infrastructures. The 1% is irregularly spread over the world. All the drugs, weapons, resources and modern societies leftovers are unaffected by the event (let us forget nuclear accidents to make it simpler). Since there is no reliable energy system anymore, technology can not resurrect easily.

Assuming a high mortality (because of beasts, tribal wars, bandits, etc) and a high natality (little to no birth control), how would the population grow within 100-200 years ?

The demographics matter a great deal. If the "vaporization" were random you would have major cities with very large populations with the median age being ~30 and most everyone being 55 years old or less. Source 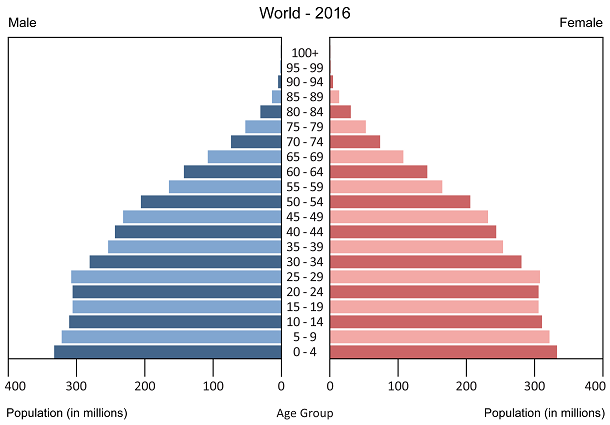 The top 20 cities around the world would have a population of nearly a million with the largest city in China having 3 million. Source

A society needs 6 basic things to become stable, food, water, shelter, safety (defense from predators), healthcare, and importantly - numbers. We need a medium sized group of people to survive and thrive. So very rural areas where only one person in 200 km^2 is not going to last very long and definitely not going to be procreating.

Again, if the event was random then you can expect that in most major cities you would still have people in a variety or professions - farmers (or at least gardeners), healthcare workers, scientists, engineers, teachers, and importantly, leaders. And of course the 'bad' folks who can't focus on the long term vision needed to stabilize a society.

People would have to band together to accomplish the goals above.

They would likely need to move away from the cities to more agricultural areas or places with large quantities of game for food.

Organization would be paramount.

Within the first few years these 'city dwellers' would learn the basics needed for survival with the population decreasing during this learning period. How much it decreased would be entirely based on how they dealt with raiders and anarchists.

Given a decade we would again have some population centers.

That would also be about the time the old stuff would last, gasoline, gunpowder, etc. and a new set of skills would become important - we would again have to learn how to build and maintain our technology. Hopefully the leaders foresaw this and had people finding books to maintain the library of knowledge we've built up over the centuries.

Once they overcome this hurdle, the next 20 years or so life will become more routine and babies will be being born. I suspect if each of these new population centers makes it 50 years they will have stabilized enough for populations to grow.

It is a bit optimistic but I do feel it is also realistic since we have so many major cities in the world. NY would have over 200,000 people left - that's a decent sized city with enough diversity for them to survive and thrive.

100-200 years would maybe be enough to just stabilize the population, not to increase it.

With a sudden decrease in population, and assuming that each node of the infrastructure is left with 1% of its original staff, there is no way the infrastructure can be maintained. Therefore everything will quickly fail: power generation, hospital, highway, railway, etc.

This means that life in the cities will be really harsh: with no supplies reaching them, they will become an hostile land as soon as all the storage are raided and emptied.

People in the countryside will be a tad luckier, but not that much. Only those who have a variety of plants and animals will afford sufficient food provision, while those with large monocoltures will probably suffer a fare similar to the citizens (i.e. harvesting acres of corn with no gas to power the machines is going to be impossible for a few people).

Paradoxically, only people living in less or no civilized areas will suffer less or no consequence, since they already rely on their own for their survival. But those populations are already in equilibrium with the surrounding environment, meaning that they don't grow much.

Moreover, considering that the easily accessible source of energy have already been largely depleted, it is highly unlikely that a sustained growth can happen again in the scenario you portray.

Not very if any at all. It's estimated that around 500 BC world had 100 million people (of which 66 millions in Asia). So your 1%. It took around 500 years to grow to 200 millions. Now you have those number scattered. There is a difference of 1% of Los Angeles area and whole California. Mostly because you need to calculate the whole aftermath deaths. How many people from New York would be able to survive without fresh water, food or healthcare?

You would have maps and vehicles available. Somebody will think it's a good idea to gather people to stand a better chance of survival and improve their standard of living. For example they would search for the few doctors left. Other benefits, some ways to communicate like portable radios would help with this. That means that your cities with hundreds will quickly (a few years) grow to thousands. They would build fortifications to defend from enemies and wild beasts, they would use everything they can from the technology left.

At this point I would compare the birth rate to that of the XIX century (also high mortality and high birth rate). That was 1,4% annual.

Not the answer you're looking for? Browse other questions tagged post-apocalypse population .