Is a Titan-like planet with Earth-like gravity plausible?

For my hard sci-fi story, I would like to have a planet similar to Titan (very cold, nitrogen atmosphere, methane seas) but with a surface gravity in the region of 1g. Could this occur, or would the greater gravity result in a significantly different atmosphere?

Based on this chart 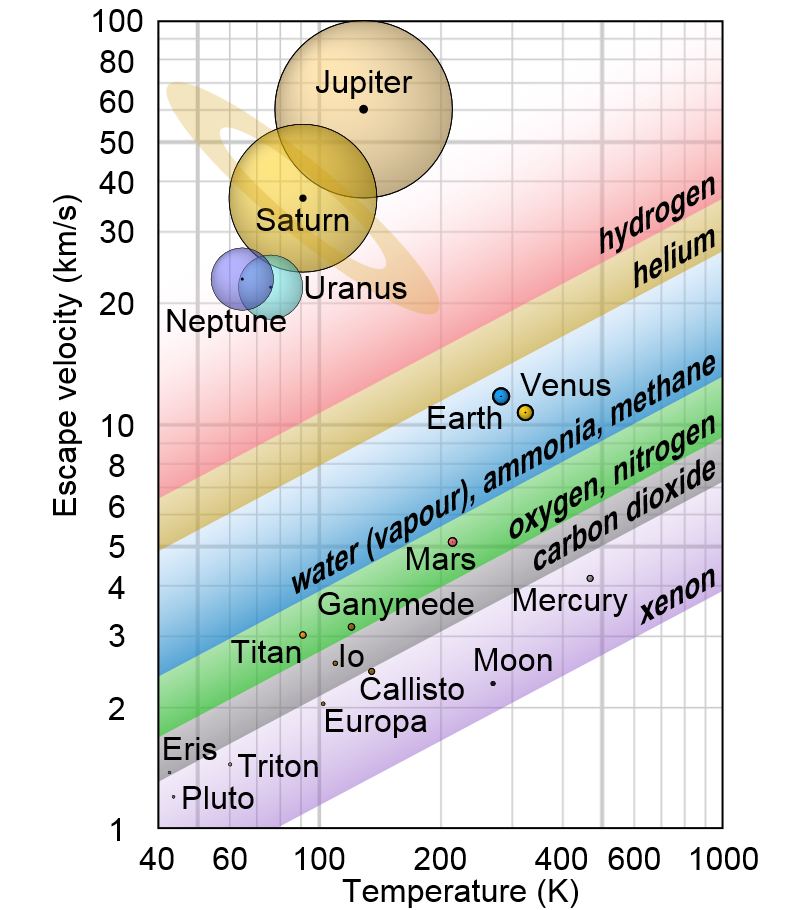 with Earth escape velocity and Titan temperature your planet should be able to keep nitrogen and methane, like you ask, but also water, ammonia, oxygen, helium, carbon dioxide and xenon. Hydrogen might be borderline.

If you don't have photosynthetic life forms it is likely that all the oxygen will be chemically bound to other atoms, due to its reactivity, and you will have no free oxygen.

That depends on if the planet is sole or a satellite of a giant planet.

The presence of different chemical stuffs in the atmosphere or on the surface are defined:

For simple stuffs: by second cosmic velocity from one side and temperature and molecule weight from the other.

For complex stuffs: by second cosmic velocity from one side and temperature, atomic weight of the lightest component of the molecule and the radiation level in the exosphere from the other.

For both variants the speed of input of the stuff into the atmosphere is utterly important, too.

for simple stuffs: The speeds of molecules is distributed statistically. (https://www.khanacademy.org/science/physics/thermodynamics/temp-kinetic-theory-ideal-gas-law/a/what-is-the-maxwell-boltzmann-distribution) There are always some fraction that have velocities above the second cosmic. And that fraction, in higher heights will be dissipated into space. That defines the speed of output of the stuff. The speed of input and output are balanced.

For complex stuffs: The radiation makes molecules fell apart. And if they can, they are joining back. That can be prevented by the loss of a component.
For example, water is divided into hydrogen and oxygen. The first is lighter and has much higher speeds of molecules. And speed of losing water is defined by the fraction of hydrogen in water vapor (defined by radiation) and fraction of hydrogen molecules, free atoms or ions, having second cosmic speed (defined by temperature). The speed of oxygen is 256 times smaller (gases have same temperature/energy and H2 is 16 times lighter than O2, so lesser mass should be compensated by 16^2 times higher speed), so its losses are negligible in comparison and it is always enough oxygen to restore the water molecule back.
Again, the speed of coming and losing the stuff are balanced.

So:
1. It is not acceleration that is important for gas keeping in the atmosphere, but the second cosmic speed. For example Saturn has same acceleration as the Earth, but much higher second cosmic (35m/s2), and does not lose even hydrogen. The question is undefined in this part. Let us say, you need a planet that is more Earth-like and the second cosmic is the same as ours (11m/s2). 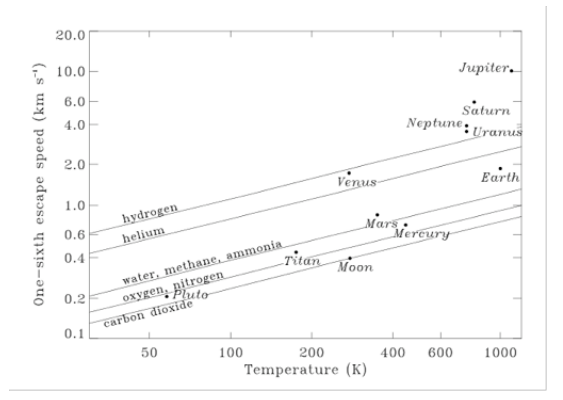 (https://geosci.uchicago.edu/~kite/doc/Catling2009.pdf) - look for explanation below the chart on the 4th page.

But if it will be the satellite of a giant, the giant and Earth magnetospheres will react, thus greatly heating up the exosphere layers (look at the Earth and giant planets temperatures on the chart). And it WILL lose its hydrogen and helium and mainly nitrogen remains.

5
What would a world with uneven gravity look like?
6
How can my Titan-like cryoplanet have clear skies?
25
What's the biggest reasonable natural planet or moon with Earth-like surface gravity?
8
What are the conditions of an Earth-like, water-ball planet?
3
Planet Titan, could this work?
3
Terraforming an Earth-like Planet
6
Vision on Titan/Early Earth and the technicalities of a creature seeing in near infrared
9
Mars sized planet with 83% Earth gravity?
6
Could a Titan-like moon orbit a terrestrial planet?