This question is one of a series about specific use of teleportation. It will concern only about pressure and atmosphere. Here are previous question:

The story happens in our world and current era. The protagonist possesses the power of teleportation with the following characteristics:

My question here is about the impact of difference of pressure in the air. Here are two examples:

Please try to not raise problems from other subject since there will be other questions for them.

If the teleportation is literally instantaneous then that might be a problem. As you depart the peak of Everest and materialise at sea level, you are suddenly surrounded by a wall of air at 70kPa above ambient pressure (relative to you). Another way of putting that is that you're surrounded by a 170dB sound wave, which may well be enough to cause serious (fatal?) injury and would certainly damage your hearing. To keep the shock wave under 150dB (which is still very loud), you'd have to restrict yourself to changes of less than 0.7kPa, e.g. from sea level to 60m.

However, if the pressure change were experienced over a longer time, even just 100ms or so, then I don't think that would apply. It would be more like sudden decompression on a plane (at relatively low altitude) – your ears would pop and you might faint, but nothing too serious.

The other possible side-effect, going from low to high altitude, would be outgassing (as happens with divers if they don't decompress). Since your blood cannot hold as much dissolved nitrogen at low pressure, if it is saturated with nitrogen at sea level then that will come out of solution and form bubbles when you teleport to the top of Everest. You will get rid of the excess nitrogen quite quickly just by breathing, and the amounts would be less than with deep-sea diving, but it might be possible to sustain injuries this way.

Your hero MUST wear some kind of protective gear, mostly to protect the ears from the sonic boom as a volume of air, to all intents and purposes, disappears from the volume between him and the closest "layer" at way more than the speed of sound. The resulting backlash would be more than enough to incapacitate, and possibly even kill.

Then, he has to first get as near to the Everest as he can. Say he teleports from a quarter of the world away, on the same parallel. His instant velocity at that point is about 1200 km/h in a given direction, with respect to the Earth's axis, due to the rotation of the Earth (it would be 1621 km/h on the Equator). When he appears on the Everest, that speed is now directed upwards (or, infinitely worse, downwards). His horizontal component with respect to the Everest frame of reference is nil since he teleported from 90 degrees counter-rotation-wise, on an Everest that also moves at 1200 km/h with respect to the Earth's axis. The two velocities compound so that he takes off at a 45° retrograde angle with the speed of a supersonic bullet (480 m/s). He doesn't feel acceleration at all, but the air (and, if he's inside, the ceiling) will smash at him like a hammer.

The nearer he comes to the Everest, the less the problem arises.

Actually, he'd do very well by teleporting in short stints, one or two kilometers at the most, thereby also acclimating to the lower pressure. By the way, he'll still need oxygen and breathing gear, or he won't last long once he goes above the 5-6000 m level.

This kind of problems are expounded in depth in Vernor Vinge's The Witling. Giri's people, the Azhiri, can teleport (reng) from one place to another, as long as they have been there (unless they're the super-powerful Federates), or reng objects from one place to wherever they are. The most skilled soldiers have visited the Poles, and can reng stones and pebbles - albeit only in one direction - with lethal results.

Ignoring the potential changes in relative velocity (hopping from the pole to the equator would leave him moving at a speed of ~1600 kph in a westerly direction), I believe that ear-muffs would probably be sufficient to cope with the 'mechanical' effects of pressure change.

However, moving from sea-level to Everest or Lhasa may have a severe physiological effect. It takes a significant time to acclimatize to an altitude above ~3000 m (even ultra-fit climbers take several days to get to Everest base camp to acclimatize).

Your protagonist could almost immediately lose consciousness if making a rapid jump. This is a known risk. For example, tourists flying directly from Kathmandu (alt 1400 m) to Namche Bazaar (3400 m) or Khumjung (3800 m) often need oxygen on arrival. Teleporting from at or below sea level would exacerbate this risk.

Due to theological reason, the protagonist have to go back and forth between Jericho (258m under sea level) and Lhasa (3658m above sea level). What are the possible short term and long term effect for such trip ?

People have already told you about acclimatization to high altitudes. Truth be told though, going from Jericho to Lhasa instantaneously has less to do with mountain climbing and more to do with this: 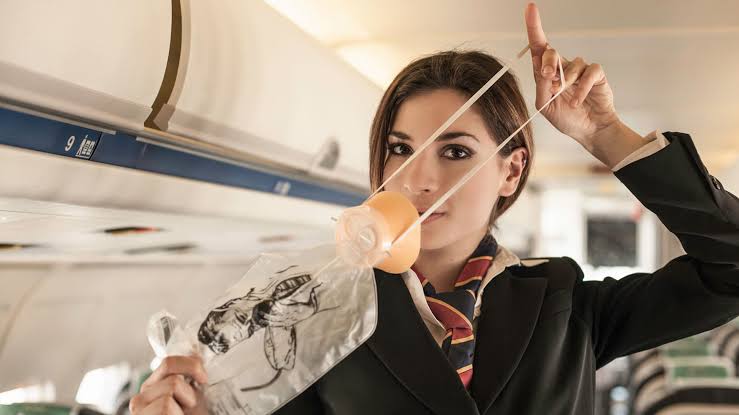 People in airplanes survive (when they do) because of oxygen masks and repressurization due to the pilot taking the plane to lower altitudes. Your Darwin Award contestant, though... They might not faint in the first few seconds, but they will not survive such a sudden change in pressure without first aid and immediate access to an hyperbaric chamber. Even then, anoxia will take place. They might end up blind, deaf or paralyzed forever.

Going from Lhasa to Jericho is probably survivable, but not without consequences. A quick increase in blood oxygen levels without the time for acclimatization may in the very least knock the teleporter out of their senses.

The above would be valid if your hero could survive teleportation. The problematic part is this:

In your previous question, I pointed out the changes in speed relative to Earth that come with teleporting. I believe you added this to reduce the amount of problems you had. If so, it had the opposite effect.

In engineering, when you want something to lose speed gradually, you add brakes to it. If you want to stop something dead in its tracks, you add a wall in its path instead. In other words: if you character arrives with zero speed at the receiving end of the teleportation trip rather than shooting like a bat out of hell, from their point of view it will be exactly like hitting a wall at the speeds they would otherwise have. Hitting a wall at the speed of sound or above is a sure way to die.

If you handwave it by saying that you are stopping all the atoms in their body at the same time... You need to turn their kinectic energy into something else, and nature's favorite form of energy trade is heat. A 70kg person moving at 300m/s, for example, will have $ \frac{70kg \times (300m/s)^2}{2} = 3,150,000 joules$, or 875 watt-hours of kinectic energy relative to the ground. Transform all that into heat, and it's approximately equivalent to the energy release of 0.75 kilograms of TNT. That is almost enough to completely destroy a car, so imagine what it would do to a human body.

But you are not just zeroing out momentum to the ground. You are reversing it. So double everything I said above; That is, either double the impact felt by the teleporter, or double the energy release when they inevitably explode like a giant firecracker.

The problem would come from constant repetition of pressure changes IMO although it's difficult to be sure.

The following articles discuss changes in barometric pressure due to weather. But in the case of almost instantaneous changes cause by teleportation, I'm sure your hero would experience problems to a greater degree.

Change in air pressure was significantly associated with onset of Menière’s disease episodes, suggesting a potential triggering mechanism in the inner ear. MD patients may possibly use air pressure changes as an early warning system for vertigo attacks in the future. https://www.ncbi.nlm.nih.gov/pmc/articles/PMC4838262/

Although it's been indicated as a possible cause for everything from changes in blood pressure to an increase in joint pain, it can be difficult to pinpoint barometric pressure changes as the definitive cause for these issues when so many other atmospheric changes — like temperature, precipitation and wind speed and direction — often accompany shifts in weather. https://www.mnn.com/health/fitness-well-being/blogs/how-changes-barometric-pressure-affect-your-body

Have the teleportation chamber rigged with atmospheric gases, temp controls and capable of holding any habitable temp & pressure required. Prior to transport, sample the destination (transport back a small sample), then at a safe rate equilibrate the chamber to destination atmosphere & temperature, prior to the transfer across.

If the sample indicates extraordinary arrangements are required, in terms of suiting, or indications of great hazard, adjustments can be made.

There should also be the ability to image the destination exhaustively prior to transport to determine there is space available in and around the destinatinon volumne.

Without some sort of dampening, the instantaneous mdv could be harmful/lethal. there needs to be in the tranport arc, facility of 'ramping into' the displacement vector of the destination volume in toto. This must account for lateral movement across the surface of the planet as well as vector, v & dv for any translations across the surface relative to the surface.

Not the answer you're looking for? Browse other questions tagged physics teleportation health .

28
How to convince people to teleport themselves?
34
Teleportation without dying
8
Teleportation - Keeping momentum on arrival
11
Is there enough fresh water in the world to eradicate the drinking water crisis?
2
Speed of repeat teleportation
15
How could people survive teleporting into the atmosphere while surrounded by vacuum?