Self replicant ants from Gamma Draconis

A xenobiological life form landed on earth. A small pest called anti-matter ant. They are 1g in weight, composed of handwavium matter and can reproduce via fission at a rate given by $2^n$ where n is increased from 0 to infinity, one by one, each time the ant eats his own weight in matter (any matter). It can eat at a rate of 0.001g per second. It poops anti-matter composed of anti-iron atoms. They can convert matter to energy and transmutate it into other elements if needed, but not iron. Iron is turned into anti-matter iron and pooped via their back ends. They are immune to photons. Their back ends have magnetic contention to avoid damage to their internals due matter and anti-matter interacting in their intestines. In the event that there is no matter to eat anymore, they develop intergalatic wings to colonize other planets. When they do this they lose 0.1g of weight. Theres is only one way to kill them : Neutrinos. Unfortunately you need a large flux of neutrinos to kill something. They would die like any normal ant if irradiated with neutrinos. They dont die from old age, assume that as soon as they fission (like bacteria) they produce two new individuals. Assume that a single ant landed on the north pole. 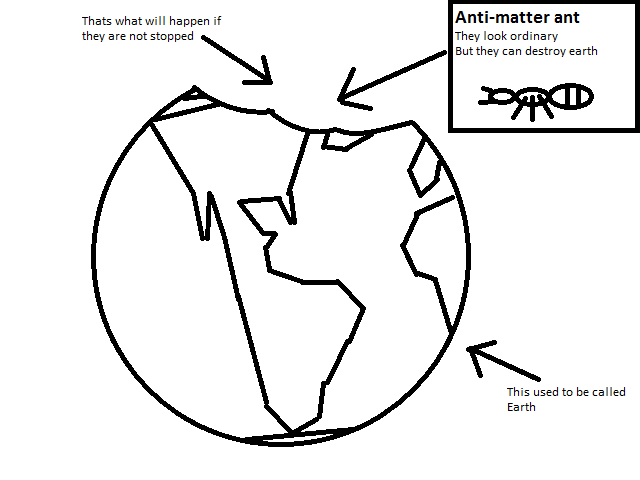 How much time it would take for this ant to destroy earth ?
Is there any way to stop them ? (In other words, are they too overpowered ?)

There has already been lots of good discussion on how the magical properties these creatures have been imbued with are physically impossible. However, it turns out that none of that matters because these creatures are killed by neutrinos. You might think that this is a pretty OP weakness, since it's difficult for us to generate large numbers of neutrinos. However, I present to you:

Even assuming that the ants are only 1 mm in size, they'd be bombarded with around $10^9$ neutrinos per second. That's one billion, with a b, per second.

Alternatively you could... still do nothing. If the creatures are "immune to photons," then they don't interact with the electromagnetic fields of matter. This is because photons are the gauge bosons of the electromagnetic field. This means that not only would they not be able to "eat" any matter, they would also simply pass right through the Earth, as interatomic forces would have no affect on them.

Anti-matter annihilates on contact with regular matter. It can be seen as time-reversed regular matter, but that's beside the point, which is that the 'ants' will never make it to the ground. I doubt their 'intergalactic' wings will help much, or their 'immunity to photons' (anti-matter emits and absorbs photons much like ordinary matter, and interacts very weakly with neutrinos).

It'll be a nice set of fireworks in the upper troposphere hundreds of km from the ground, or most likely, at the heliosphere at the borders of the solar system. 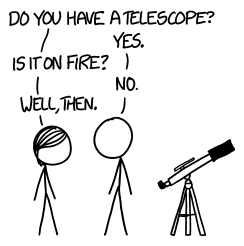 EDIT: The OP has edited the post and clarified that the ants are made of ordinary matter, and excrete anti-matter. They would then explode upon generating or excreting the anti-matter pellet, since anti-matter still annihilates on contact with regular matter.

I have some slight quibbles, even if the science-based tag is gone. I hope you don't take them personally.

This violates a few conservation laws. Lumping them together, it boils down to the idea that you cannot take in "normal" matter and output antimatter. Lepton number, baryon number, electric charge (in some cases) and a few other laws are violated.

They are immune to photons.

I don't quite get this. Any type of matter with electric charge can emit or absorb photons; given that these ants are made of antimatter atoms, they will interact with photons in some way, shape or form.1

They are immune to photons.

They are made of objects which have electric charge, so they must interact with photons.

On to the question.

The reason for using this model is that even though these ants have a, um, unique digestive system, there are limiting factors to their population, such as predators and death by other natural causes.

1You clarified that these ants are made of "normal" matter, so this isn't relevant.

Answer: Less than one month.

Handwaving all the legitimate concerns mentioned (and what a might handwave it needs!), you simply need to understand exponential growth.

There is a story I read of as a child. A cruel rich man hired a little girl to count his money. When she was done in half a month, the man asked her how much he owed her. The girls thought about it, and then replied:

I want to be paid 2 coins for the first day, then two time two for the next, then...

But before she could finish, the man agreed, thinking it was such a tiny amount. In the end, she got all his wealth and he couldn't even pay her the full amount. That's because 2 to the power of 15 is 32, 768!

Now, your ant's greatest threat would be reaching the outer core - it consists of a great deal of iron. Even if one ant reaches the core (and again handwave its survival), then it could wreck the planet.

Fighting these ants is not realistically possible. Even if you got your neutrino guns, the ants would naturally burrow - and like I've pointed out, it takes only one to destroy the Earth by multiplying in the iron-rich outer core.

TBH, your creature may stretch anyone's suspension of disbelief to its breaking point. Its specifically the anti-matter pooping (How come its rear end doesn't react to the anti-matter?!) and neutrino weakness that causes problems.

How to beat them? Wait to hear the whooshing of a blue Police Box...

4
From mice to men ( series )
7
How can I make ants the dominant species on earth?
4
How to perfect the “Great, Soft Jelly Thing” - A creature incapable of self-harm
3
Could a self-aware bacterial supercomputer start its own ecosystem?
10
How can a bird survive self ignition?
5
How do humans with electric organs prevent self-electrocution?
23
How could a self contained organic body propel itself in space
13
Could a creature carry its own biome and be self-sustaining?