Panotti so called from the Greek words πᾶν and οὖς for "all ears", were a mythical race of people, described as possessing large ears that covered their entire bodies.

In the Natural History, Pliny writes about the strange race of people known as the Panotti who live in the "All-Ears Islands" off of Scythia. These people there have bizarrely large ears that are so huge that the Panotti use them as blankets to shield their body against the chills of the night. Their ears were used in lieu of clothing. 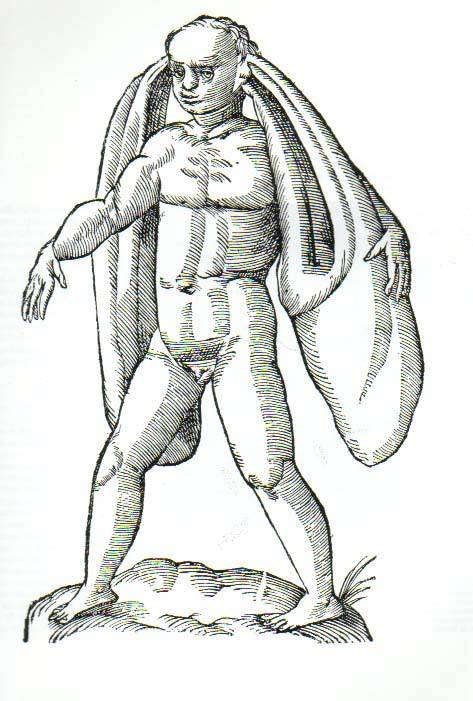 They seems to obviously share a common ancestor with homo sapiens, but how could they have evolved?

They aren't actually ears, they are elaborate growths of fur supported by flaps of skin and cartilage that in a similar way to peacock feathers are used for displays of dominance and status and to attract a mate. In particular they can be made to stand out from the head to make the Panotti seem much larger in order to intimidate foes or potential predators.

As they grew long enough to also be used for warmth both to shed heat on hot days and stay warm during cold nights they also started seeing practical use, but a pristine "ear" with no dirt or mess is still a massive status symbol as it means you don't need it for warmth and have the free time and resources to care for it.

One of the peculiar features of homo sapiens, which made it a formidable hunter despite its flimsy body when still living (and hunting) in the African savannas, is the ability to regulate its body temperature by sweating.

Having this mechanism in place allows for a better temperature regulation while performing demanding physical activities, like chasing a prey. The better the thermoregulation, the longer the chaser can pursue its target until its exhaustion.

Sweating has the disadvantage of losing liquids, which can bring the body to a collapse. In warmer and drier climates it is reasonable that the ability to regulate the body temperature but not losing liquid would give a significant advantage.

An alternative way to increase the heat exchange is, of course, increase the exposed temperature. Ears are particularly suited for this:

Judging by the drawing they have very small penii. For that reason the males have to grow large ears to impress the females. It's a matter of sexual selection.

by the time Homo erectus arrived on the scene, the hominid penis was significantly longer, fatter and more bendy than our ape cousins'. It has even been theorised that bipedalism evolved in humans to allow the fashionably new, larger, flexible penis to be displayed to discerning females Penis size: An evolutionary perspective - Carole Jahme

Of course the above puts forward only one theory. However when our forbears ran naked, like the Panotti, the penis would have been in full view.

... when the males and females of any animal have the same general habits ... but differ in structure, colour, or ornament, such differences have been mainly caused by sexual selection ... Charles Darwin.

Fisherian runaway or runaway selection is a sexual selection mechanism proposed by the mathematical biologist Ronald Fisher in the early 20th century, to account for the evolution of exaggerated male ornamentation by persistent, directional female choice. https://en.wikipedia.org/wiki/Fisherian_runaway

Here's a real life example of extremes in outward facial structure that serves no purpose other than display: 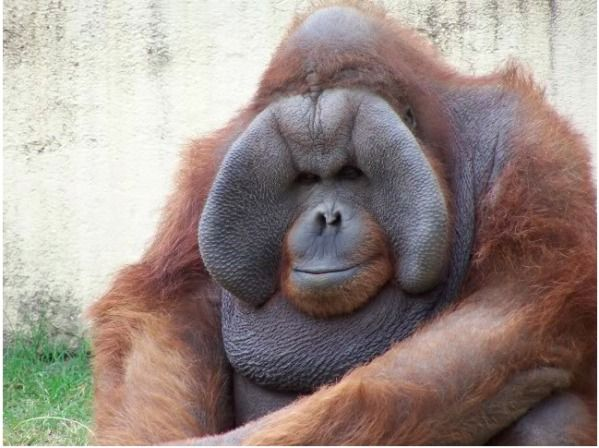 The explorers were mistaken and from a distance saw some Mongolian women in their traditional headdresses. Or they saw a Nubian goat from the front. 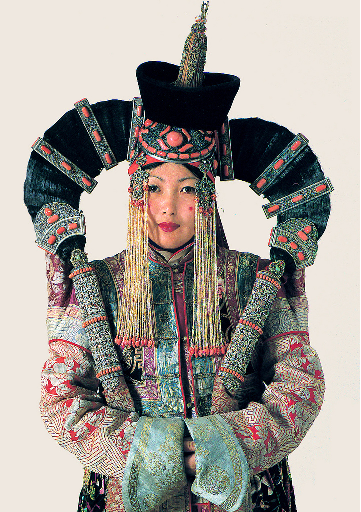 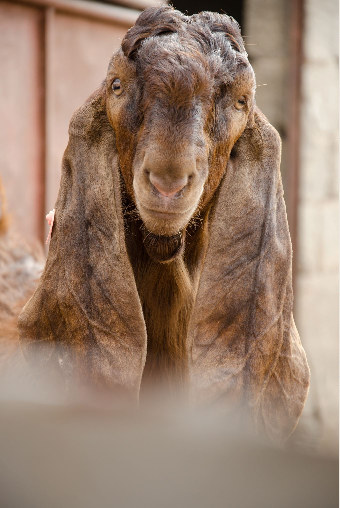