How large is my airship and how can it fly? [closed]

Writing epic fantasy, there is no modern technology and no magic that could propel my airship. It is supposed to hold a large pub/brothel in it, with a few rooms. 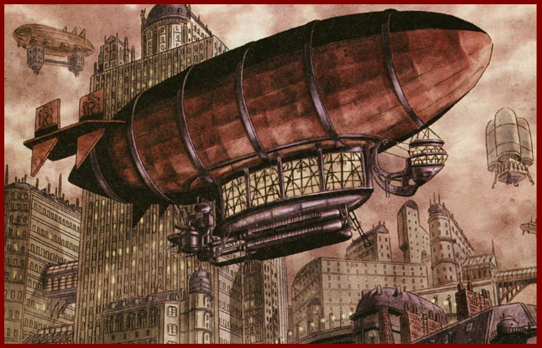 How large would you say this airship has to be?

It depends on how many patrons you wish to serve. The smallest dirigible ever could only hold one person in a cage below it, whereas the largest was designed to carry up to 90 people including passengers and crew. The funny thing is that the same wiki also mentions it carried 2,798 people in ten round trips, which would average almost 140 people per trip - must have been really tight.

What would the logistics of flying it be?

I imagine you will be picking up the patrons at an airport, and then taking them either back to the same airport or another one. Should be troublesome to exit a brothel via a one-mile drop otherwise.

Can it be flown by gas? If not, then what?

Historically these things have been flown by being filled with gases that are lighter than air. If you meant gas as in gasoline, I believe diesel is more efficient for the engines required to move dirigibles around. In any case diesel was the fuel for the Hindenburg.

Not the answer you're looking for? Browse other questions tagged science-fiction mathematics or ask your own question.

13
How might airships be made using 18th century technology?

9
Airship Aircraft Carrier Dimensions
20
In the magic==math trope, how do “they” know when we're doing spells?
2
How can I make a society based on “Western culture” want to wage an obliterating, exterminating war on a purely Christian empire?
3
Technology for a sci-fi airship
3
How large and heavy would an arcology have to be?
5
Does a large population make sense in a galactic society with automation tech?
6
How would the weather and organisms and flora be affected on an Earth-like planet with floating continents?
1
Is my Plasma Gun concept realistic? And if not what can I do to make it more feasible?