Bringing Hot and Cold climates together

I'm building a map for a tabletop RPG (Pathfinder specifically), the aim of which is that my players will be trekking around and visiting interesting places. As part of that, I'd love to portray a bunch of exotic climates, such as deserts, jungles and tundra (to name a few). However, on Earth, the Tropic of Cancer and the Arctic Circle are almost 3,000 miles apart, which is a long way to force my characters to walk.

Thus my question, what rules do I need to follow, be it manipulating elevation, weather patterns, placement of oceans/mountains, etc, in order to bring my hot and cold climates as close together as possible?

As this is a fantasy world, some Suspension of Disbelief or magic can be used, but I want to avoid any jarring revelations as much as possible.

In Peru (for example) Cusco is at 3400 meters elevation. The average year-round temps is 12 C, the average low is close to freezing, and it has historically been below freezing every month of the year. Frost and hail are common in all months (although snow accumulation is rare) 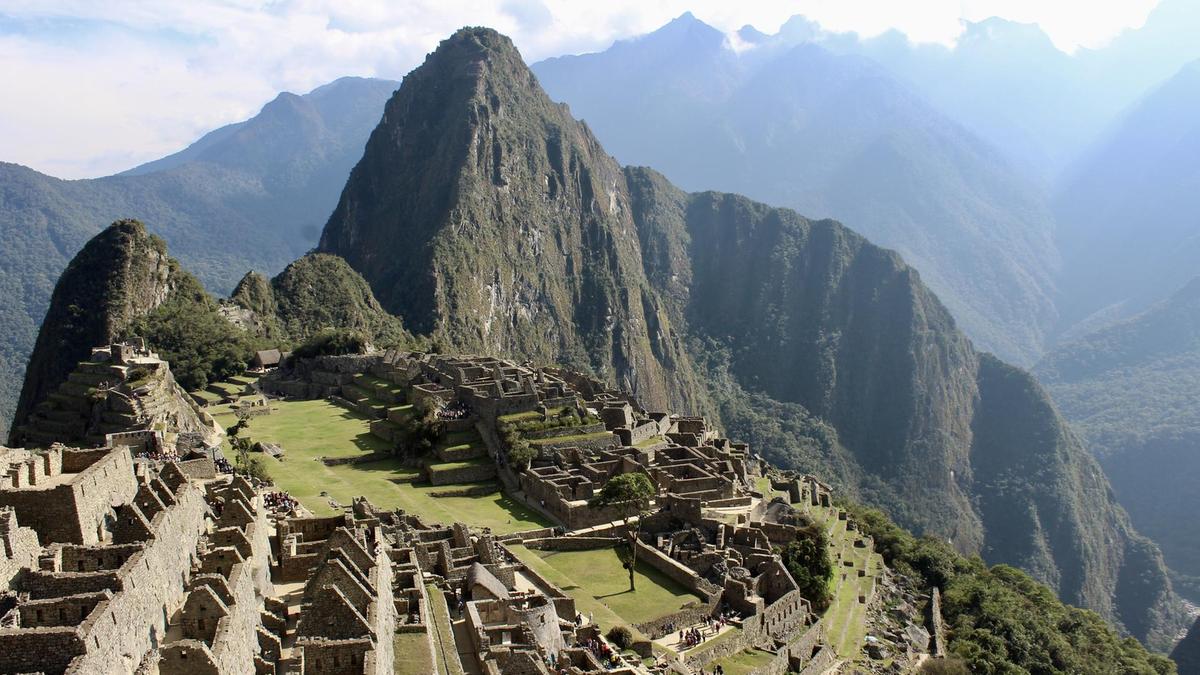 Meanwhile only 90 km away, is Pillcopata, Peru, at 500 meters, in the heart of the Amazon. Average year-round temps are 24 C; there is a mini-'winter' in May-July, but the other months have an average high of 30 C. It rains year-round, monsoonally in the summer, about 3000 mm per year, which is three times what New York City would see. It looks like this: 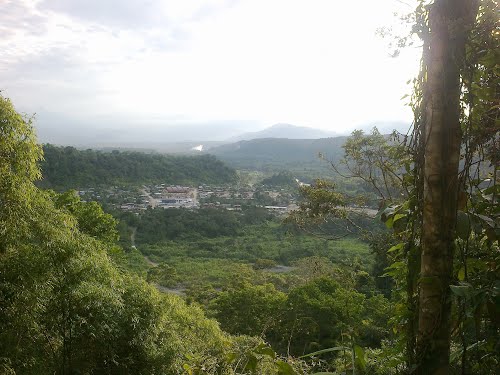 There are plenty of other examples around the world. Elevation will solve all your heat vs cold problems. Snowy mountain highlands can be just a day or two's travel away from steamy jungles. Other examples that I could have added would put cool temperate forests in the mountains above hot deserts (as in Central Asia or the southern Great Basin) or misty forested hills above sweltering fertile plains (like Sichuan province in China, or the upper Ganges Basin in India).

Geothermal springs can create a warm, lush forested region in the valley of a frozen mountain range, just as natural springs can create a large oasis in a desert. I suppose it would be possible for strong ocean currents to reliably carry large icebergs from a polar region to the beaches of a tropical region, and thus support cold-weather flora and fauna in the waters and on land year-round.

In the foothills of Himalayan Mountains, winter temperatures regularly go below freezing. The upper reaches of the mountain range are covered in ice year-round.

But, if you travel a few hundred kilometers south, you reach the Tropic of Cancer. Some of the Indian states in this region have temperatures approaching ~50°C at the peak of summer. There is hardly any winter in most South Indian states.

A few hundred kilometers west from central India, you have the Thar Desert, with all geological phenomena you can expect from a desert.

A few hundred kilometers east from central India, you reach the towns of Mawsynram and Cherrapunji, two of the wettest places on earth by annual rainfall.

The South Indian peninsula is surrounded on three sides by the Bay of Bengal, Arabian sea and the Indian Ocean. This means that there are long stretches of coastal areas on both sides of the peninsula with moderate climate year-round.

During Monsoon season, the eastern coast faces Cyclones (Hurricanes) every year. And in the tropical states the Monsoon season lasts for more than two months when it rains almost continuously everyday.

From Wikipedia article Climate of India:

The Climate of India comprises a wide range of weather conditions across a vast geographic scale and varied topography, making generalisations difficult. Based on the Köppen system, India hosts six major climatic subtypes, ranging from arid desert in the west, alpine tundra and glaciers in the north, and humid tropical regions supporting rainforests in the southwest and the island territories. Many regions have starkly different microclimates.

TL;DR - Send your trekkers to the Indian subcontinent.

on Earth, the Tropic of Cancer and the Arctic Circle are almost 3,000 miles apart.

If you drop the jungle from the requirement, you only need to walk 1/3 of that. 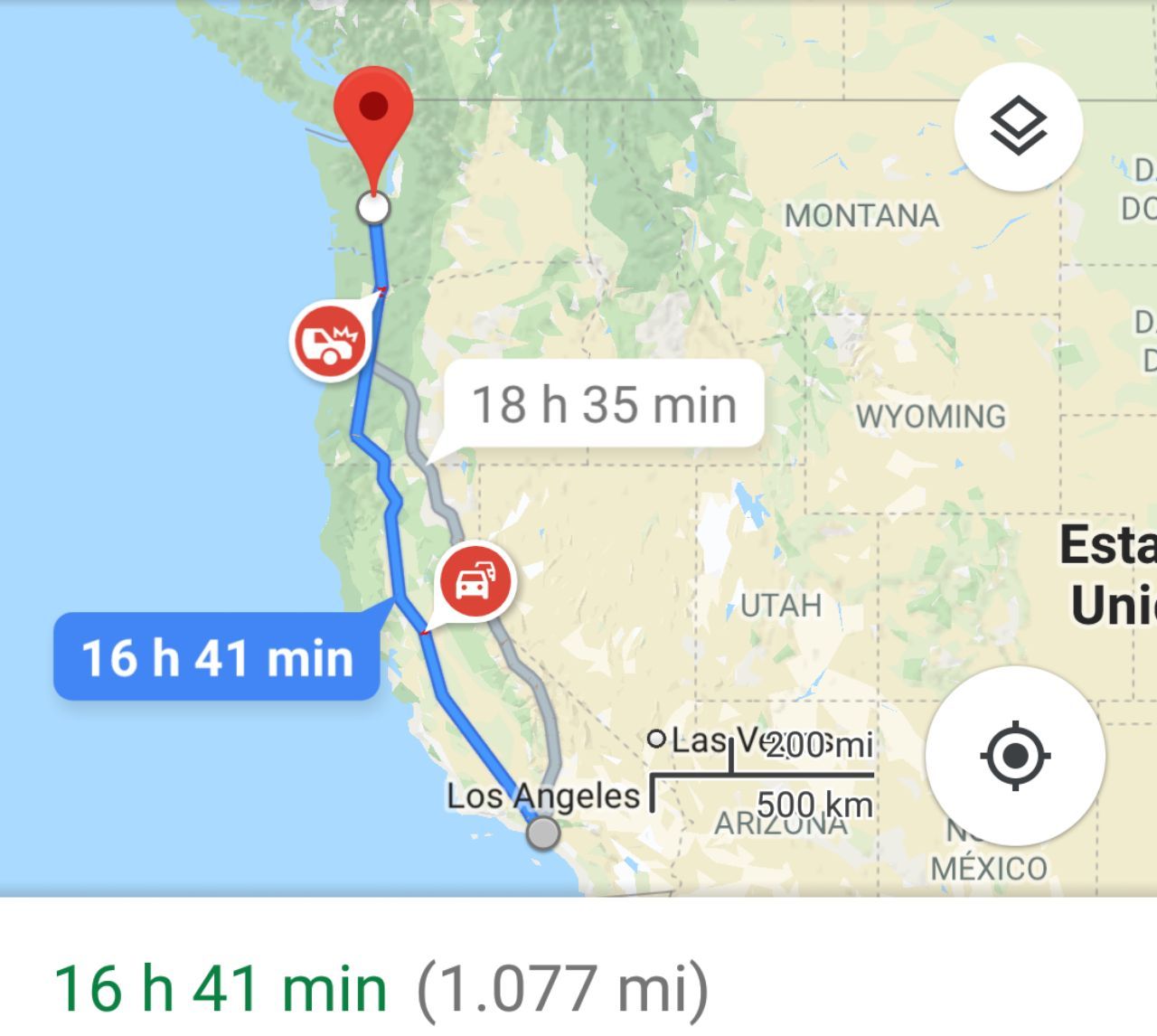 You could wander from the Mojave desert in California all the way north to the temperate rain forrest from Washington. A little further north and you get tundra in British Columbia, I think.

If you still want that jungle you can handwave it with magic. Terraria and other videogames have underground jungles and nobody complains about that... Kinda adds to the whole magical and fantastic theme.

Bring the glaciers closer to the equator

Since you're not confined to Earth or Earth-like geological parameters, you can do whatever you want.

Effects of these Changes

Since the glaciers come so far south/north, they push the tundra ahead of them. This overall compresses the distance required to go from tropical temperatures to arctic conditions.

At the equator, start with lush jungles. Temperatures are high because of the strong solar heating. Further north where solar illumination is weaker, temperatures start to cool. Temperate forests and cooler rain forests would appear in this zone. Still further north would be desert conditions where the descending air from the tropical Hadley Cell descends carrying relatively moisture free air. Beyond the warm dry zone, temperatures will continue to fall to tundra then arctic conditions.

12
Is it possible to have a planet that has seasons and is also cold at the equator and hot both poles?
2
Hot north and cold south?
8
How can I get my continent placement and latitude lines right to make my climates work?
3
Possibility of certain climates
6
Habitable planet with extreme hot and cold regions that is not tidally locked
5
How do you map the climates and biomes on a tidally locked planet with no Coriolis Effect?
5
What would climates look like on a world 1°C?
7
Skyscrapers in colder climates