Wild boars are well known for their large, bulky body, their aggressivity and their tusks.

They are animals from which a predator would gladly stay away if some easier prey is available. And, last but not least, they are omnivore.

How can a water dwelling creature (fish or water mammal) evolve to have the same features?

Clarification: the sea boar has to spend all of its life in water.

So 5-15 million years ago group of boar ancestors started to live in ancient mangrooves (brackish water) and adopted more aquatic lifestyle. Millions of years of evolution and now we have pig-like-whales or pig-like-mantees. They are aggressive omnivores and may have tusks. 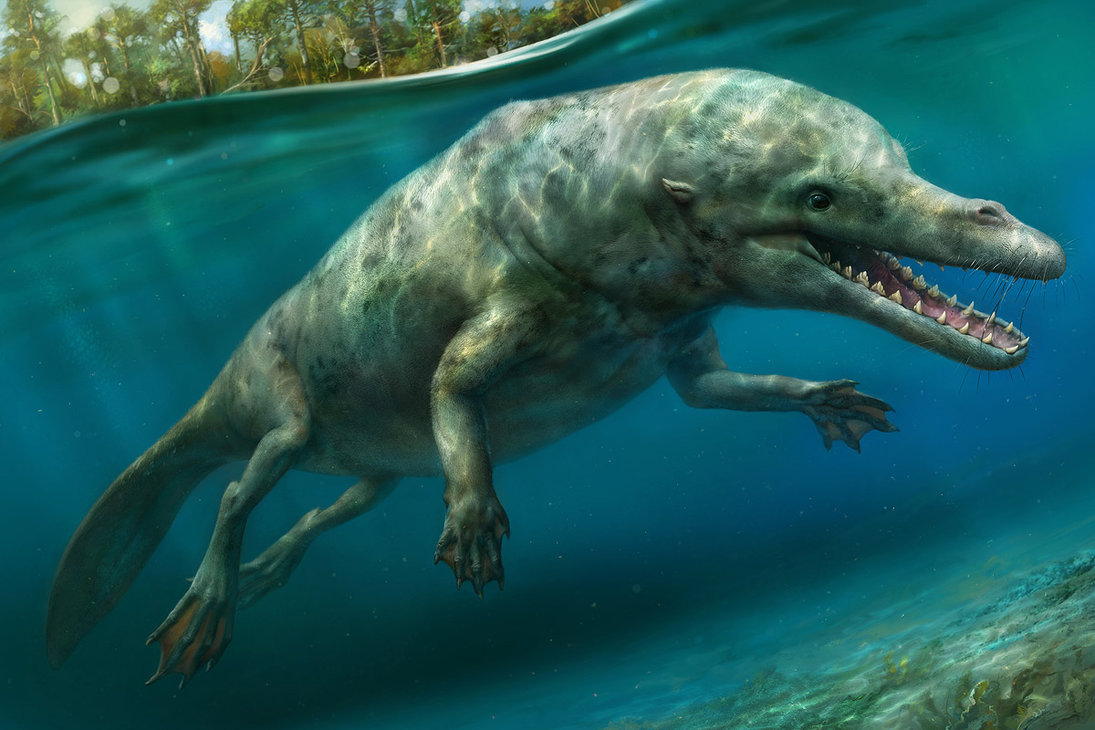 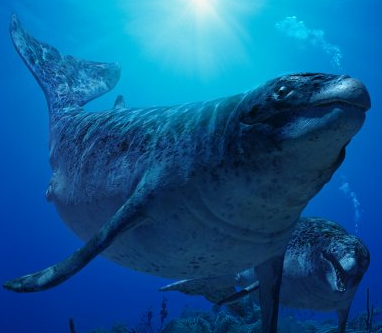 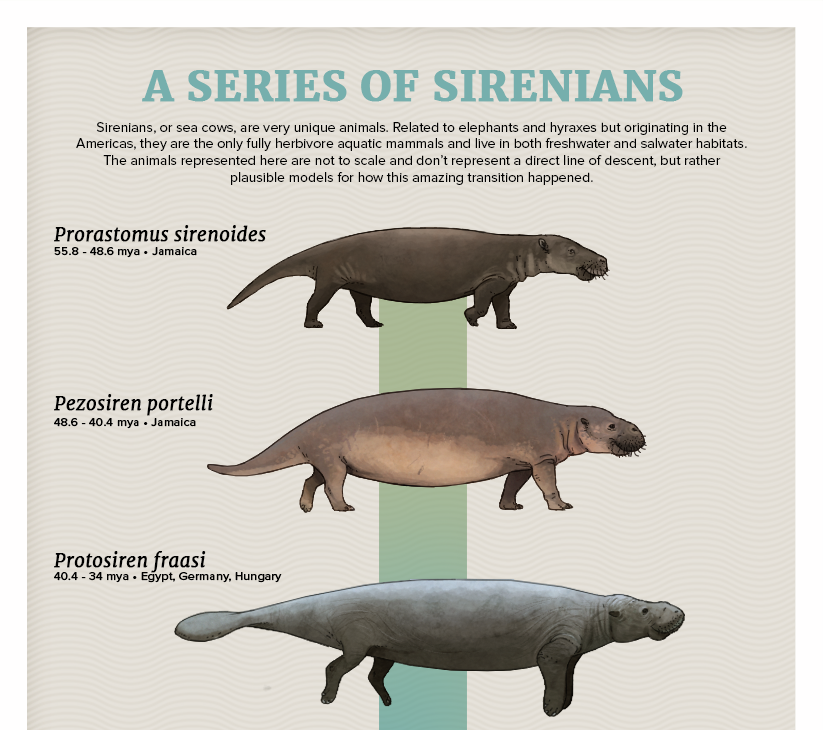 Catfish, especially the Channel Catfish from the US 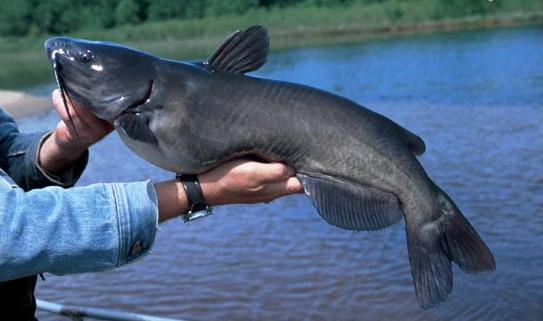 Its potential size (the current state record caught in Lake Hopatcong - 33 lbs. 3 oz.), propensity to hit a variety of natural baits and artificial lures, hard fighting ability, as well as its quality as table fare make this species very popular.

Channel catfish are omnivorous and feed mostly at night on snails, insects, crawfish, algae, and plants.

When at the subantarctic or Antarctic coasts, the seals can also consume molluscs, crustaceans, nothothens,[27] lanternfish,[27] krill, cephalopods[28] or even algae. (source)

Odobenocetops was a genus of Miocene Odontocete (toothed whale), related to dolphins, which was bulky in build, had tusks, and may well have been aggressive. They were carnivores (but certainly had their predators - they lived alongside such icons as Megalodon and Livyatan), but a couple million years of evolutionary modification could easily see them take on a more omnivorous diet, should one food supply drop. 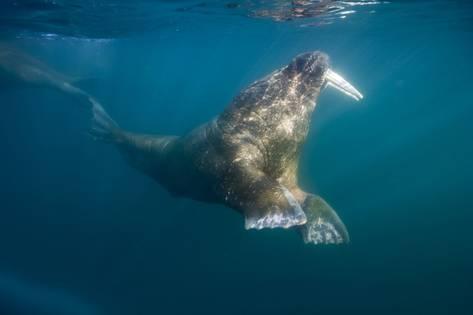 Walruses have tusks, are bulky, and are aggressive. They are not, however, fully aquatic, or omnivores - however, both of those things can be changed. Walruses appeared in the middle Miocene epoch, about 15 million years ago, so that's about enough time for a transition from semi-aquatic to fully aquatic. Perhaps, individuals with better adaptations for swimming were selected for until this change occurred, and then the newfound greater range at sea allowed populations to migrate to warmer waters where there's at least some aquatic flora (seagrass plains, I'm thinking), and thus a transition to omnivory occurred.

A population of pigs in the Bahamas, specifically on Pig Island, are world-famous for their swimming abilities. They're not native, and it's theorized that the island was meant as a food store for some crew of sailors and that they planned to eat the pigs. In any case, it's entirely possible that this could be the beginning of a new clade of marine mammals.

Perhaps have your sea boars be actual pigs (which are domesticated boars) which colonized the ocean - whales are an example of what aquatic artiodactyls would look like in reality, so you could go for a Cetacean-like body plan but have the boar-like features retained, or perhaps just evolved secondarily.