Instead of the whole egg laying parasitic vagina concept, which was the leading idea in the original question.

Assuming the succubus is purely the whole woman like creature.

To be clear, this is specifically looking at how this one particular aspect of the succubi could be explained, rather than allowing the whole egg laying concept and looking at the big picture.

The Succubus receives nutrition like an embryo in a mother's womb. The inner walls of her vagina are lined with soft tissue that is supplied with large amounts of blood, like a placenta.

The male erection is achieved by increased blood flow to the penis, so the energy-rich blood of the victim comes into contact with the feeding-organ of the Succubus.

To ensure sufficient feeding time, the feeding organ excretes a cocktail of psychoactive drugs that increase blood pressure and heart rate and dilate blood vessels (it's basically a natural Viagra), while enhancing the victim's experience and making them addicted to the Succubus. Ingesting these drugs before intercourse increases the effects, so the Succubus initiates more adventurous forms of foreplay.

These drugs cause the victim's body to maintain an erection even after the point of physical exhaustion and release even more nutrients into the blood stream. The extremely increased heart rate and blood pressure may lead to cardiac arrest in older victims. Younger victims who can feed the Succubus for a longer time get addicted to her drug cocktail and seek her out again and again until their bodies are too exhausted to recover. If they are physically kept from seeking out the Succubus, the withdrawal makes them go insane.

We're talking about a fantasy creature here. Although it might be possible for her to obtain a minimal amount of nutrients, it won't keep a fully grown Succubus alive, least of all during strenuous activities.

So if you really, really want to, you can give your fantasy creature a fantasy feeding organ and handwave the problems away. If you want to be a little more realistic, you have to go for a much bigger surface area and much thinner skin to leech nutrients from a victim. Like the intestine, which is gross... but more plausible than the penis.

"Sustenance from sex" and science-based? Hmmm...

The succubus has a very different physiology from regular humans and even regular animals. Its body contains special cells that translate mechanical movement to chemical energy. So when a man performs "physical work" on succubus body, it actually generates glucose and other nutrients. Men can get overstimulated and excercise themselves into exhaustion and nervous breakdown, while succubus woould get only better as the result.

While the man inserts the penis into the succubus, the succcubus (similar to a mosquito) inserts one or several long, needle-like stings into the man (either through the urethra or through the skin and along the nerve endings in the glans and foreskin). The sting is really long and follows the nerves from the penis to the brain. The succubus consumes whichever part of the brain you find leads to the most interesting insanity. Basically what happens is like dementia, where the brain slowly "dissolves".

Part of the "insane" symptoms stems from the fact that the succubus needs the man to stop moving to be able to insert her sting(s) into the penis. This will make it impossible for the man to achieve orgasm, which will lead to a combination of permanent (over many nights) extreme arousal with a lack of release, which has been known to make many a man go crazy with lust.

100 g of beef brain contain about 25 g of protein or 150 kcal. If a succubus needs about the same amount of calories as a physically active human female (~ 3000 kcal/d), it would have to eat about 2 kg of human brain each night. Even if we assume the succubus is mostly sitting and not physically very active, it would still have to visit multiple victims each night and eat a significant part of each victims brain at each visit. (A human brain weight around 1.3 kg.) Depending on the number of victims the succubus visits per night, her victims would waste away within one (one victim per night) to a handful (multiple victims) of days.

The way I allways imagined succubi feeding is they produce a cocktail of narcotics and aphrodisiacs that cause their prey to begin to dedicate all of their bodily functions to semen production. The semen that a man produces while under the effects of a succubi's toxin will be fortified with vitamins and other nutrients that the succubus needs to survive. So I guess I would be more accurate to say that at some point instead of ejaculating semen they instead will begin to output a nutrient rich slurry of their bodily fluids. At some point the succubus will inject a potent acid that will dissolve the muscle and organs as well leaving their "lover" mere skin and bone.

She could have corrosive metabolism that drains a high concentration of sodium (and other electrolytes) from the system. The absence of sodium in the victim could cause brain swelling and any number of indirect side effects that could whither an individual both mentally and physically. On the flip side she could drain moisture, sucking out all the fluids from the body rather than the blood specifically.

On a more abstract level she could be draining the energies generally associated with acupuncture and other schools of Eastern medicine. Draining targeted energy levels could disrupt the balance and flow of chi etc causing symptoms that would not be easily identified by most doctors.

It's not that she feeds on sex alone. She eats stuff, just like we do.

She has a gizzard, much like birds do, and she swallows stones as well. But her gizzard is not as muscular as a bird's.

So when she is banging someone, she is also banging stones together in her pouch. As she grinds you, the food in her belly is ground into digestible its. She evolved in this way do that she can save energy otherwise spent for digestion - and saving energy is always a plus for evolution.

Given this, her partner doesn't have to be a man. It may as well be a woman, a laundry machine or even a horse (so she can ride while she rides). Most succubi do prefer men, though.

As for how she drives her partner crazy: she totally charmed you and you weren't thinking straight when you let her climb on top of you. Once the blood gets back to the top head... What is seen cannot be unseen. Have I mentioned that she is toothless? 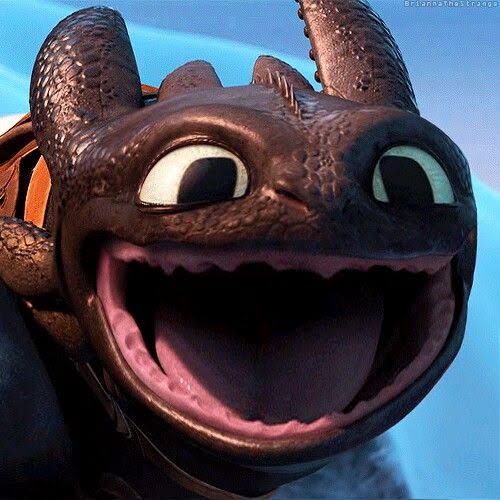