Does the body keep growing or maturing in any way past adulthood?

The general popular conception of how aging works is that your body grows and develops, reaching completion at some point in your late twenties or early thirties, and then all subsequent changes to your appearance from that point onward are attributed to your body slowly but surely breaking down. As a result, in fiction, immortal or long-living humans who still grow up (as opposed to creatures like vampires whose appearances are simply frozen in time) are generally depicted as growing naturally (if sometimes more slowly) until their late twenties or so and then their appearance simply stops changing, because their bodies are magically capable of indefinitely repairing things like shortening telomeres, wear and tear, and the ravages of time and gravity.

But is that actually how human development works? Or is there some way that the body keeps growing or developing even past the thirties that would cause older immortals to look visibly different from younger immortals even if their bodies didn't wear down?

Example: Suppose there were a species whose noses kept growing indefinitely throughout their lifetime, and thus elders of this species, along with having wrinkles and white hair and such, all have long noses. If one were magically made immortal, then decades later they wouldn't have wrinkles or worn down joints or saggy skin, but they'd still clearly have longer noses than the genuinely youthful ones.

Is there anything like that for humans that we mistakenly associate with the body breaking down, when really it's just the body still "growing up"? If a human were immune to breaking down and wearing out, but still matured and grew according to the normal human life cycle, would an older immortal really look indistinguishable from a young person in their twenties and thirties? Does the body really stop growing completely after reaching what we recognize as "maturity"?

We may choose to trim them for practical reasons but some people don't and that fact proves they must have lived a certain length of time because babies' hair and nails are relatively short. 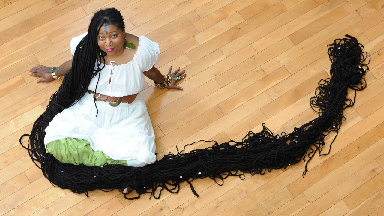 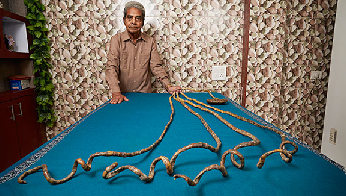 Why Old People Have Big Ears And Noses

Not the answer you're looking for? Browse other questions tagged biology humans immortality or ask your own question.

6
What problems would an semi-immortal alien race run into?
7
How would the Lilim live?
69
How would a war between immortals be fought?
7
How would an Immortal's language/accent change/develop amongst normal humans?
27
How could immortal children age faster than immortal adults?
2
What use is growing body hair in space?
5
How can an immortal surrogate pass on genes to a fertilized embryo?