Most cost-effective way to fence in an alien wildlife preserve

As a linguist aboard a terraforming mission, you arrive at a new planet. The planet, orbiting a G2V star, has copious amounts of wildlife and some sentient lifeforms. However, you, interpreting an old radio broadcast, hear about some deadly diseases on the planet that may kill alien species, and had killed a superior invading race centuries ago.

Deciding that, while policy dictates that the genocide of sentient species is not allowed, none of your crew want to die from a deadly disease from this planet the natives call "Earth", you decide to fence in a continent (named "Australia") as a nature preserve for the sentients while sterilizing the rest of the planet for your own use. What is the most realistic, cost-effective way for you to do this (fence in the natives and their wildlife)?

A solution would have the following:

There is little futuristic tech that you can use here: teleportation portals exist, but are prohibitively expensive, and you need to try to accomplish this with present-ish (22nd century) materials.

EDIT: The natives are bipedal creatures, and seem to have regressed from a society on-par with the aliens to a medieval society.

EDIT 2: The Proxima Conventions on Interstellar Travel and Terraforming state:

Resistance is never defined in the treaty, so you can pretty much kill some but not all of the species.

EDIT 3: @Alexander, birds can carry deadly diseases. Alien species may be taken out of quarantine on a case by case basis, but in general all species are quarantined.

@chasly the area can be expanded or contracted as necessary. Australia was used to give an approximation of the size of the zone quarantined. If worst comes to worst, extermination of non-sentients is permitted but discouraged by the Proxima Conventions. 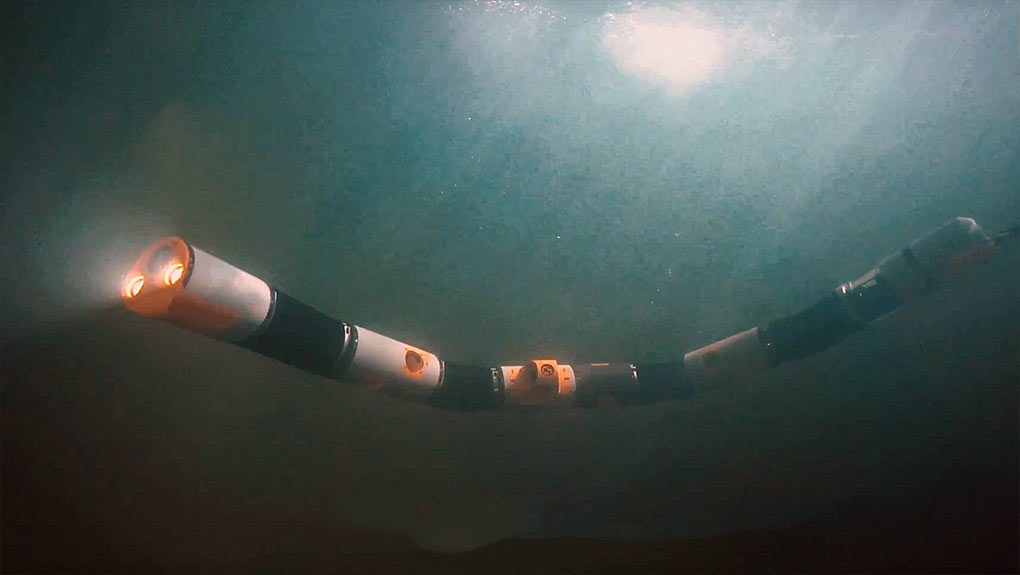 Fill the ocean around Australia with eel-bots, big ones, and set them to kill. Make sure they have drill bits on their head to cut through ship hulls and unfortunate sailors.

People back then were mostly convinced that sea monsters existed, anyways, so it isn't too much of a stretch that an ocean full of 20 foot, swimming, drill-death bots would hold quite the psychological terror for your natives.

Alternative solutions include sharks with laser beams on their heads.

You can't do this very efficiently if you're committed to preventing ALL native life from passing through the barricade. Birds and insects fly long distances, and all manner of life travels in the ocean. You'd probably have to build a wall from sea bed to 5000 m, all the way around Australia, to be sure. This may be within your ability, but it is a costly and inelegant solution.

I recommend you send probes to survey the microbiome and develop vaccines before you land.

Better solutions - a dome, either on planet or the nearby moon - an interstellar-capable species could probably handle construction of a dome.

A biota is not trivially encapsulated. Of course, if the native biota is top-to-bottom inferior to the invading biota, some of these concerns go away, but that is unlikely, as the native biota has home-field advantage.

EDIT: this doesn't encompass the seas - they have to go exotic or be left native, hard to see any apportioning which makes sense - if terraformed, the native sea creatures might be kept within inland enclosures as feasible.

Does the treaty force the invading species to protect the native from any external threats such as meteors?

If not simply pull into a nice comfy orbit around jupiter and construct a candle-stick drive to alter its orbit into a better cosmological alignment. This is to allow the grander cosmic energies to align. Throwing off many asteroids, proto-planets, and the like into new orbits that swing dangerously close to the planet. In fact position jupiter so as to deorbit that useless red planet. Fail to notice that it will deorbit across earth. Added points for a glancing blow to ensure maximum likely-hood of creating a new moon, and energising the magnetic planetary core.

Alternately, do as above and now evacuate a representative number of intelligent life-forms (as is your galactic duty) into specially constructed asteriod habitats for great fame, and general applause.

Do not construct rectal testing labs, this will result in bad press.

Surprisingly, this is much simpler than it may appear. Assuming your colonists have already eliminated all ports on the coast of Australia, the landmass should be able to contain them fairly effectively without the need of a physical barrier. With many natural obstacles such as deadly marine life, rough seas, and dangerous reef structures, the natives will not be going far without any significantly and/or sturdy ships. Considering the tech level of the natives, sea travel should be their only way off of the continent, and your colonists should be able to deal with them quickly enough if any incidents do occur.

As for the psychological aspect, folklore and superstition tend to be a fairly effective method of halting people's progress towards exploration and the development of new technology. (For an example, look no further than the dark ages) By spreading stories of deadly beasts and great storms out at sea that destroy any ship, coupled with your colonists ensuring that no one who ventures out ever comes back, the natives should lose their drive to explore fairly quickly.

EDIT: As pointed out by Riley in the comments, this method does not protect against many airborne alien lifeforms, such as birds, spores, etc.. However, thanks to the wording of the treaty, you don't have to worry about them at all, since sentient species are the only ones that are protected under law. So, you can eliminate all the potentially threatening species from Australia, making sure to leave some sort of food source, prior to moving the natives onto the continent. Job well done!

A giant force field dome would do the trick.

Something akin to what they have in "The Hunger games" or "under the dome" but the size of Australia.

If you have the technology to Terraform Earth, then building a dome like that should be something you can do.

Australia is notorious for its ability to remain clean of plants and animals not part of the local flora and fauna, at least until humans started using aircraft and motorized boats to spread invasive species. An advanced species should be able to recognize this quality in Australia.

What you do is relocate all of the sentients to Australia and start your sterilization on the rest of the world, including the sea's so no water wildlife can carry the disease. You map the way the water flows around Australia and how any medieval ships would float and sail when leaving the land. Put warning mechanics like bouys in the water to monitor potential threats and use scouting aircraft and motorized boats to patrol any land medieval ships might be able to reach. Any ships that do not turn back upon seeing your aircraft and ships with a potential "godly" display of sounds and lights, you blow them to pieces with incendiary munitions to make sure any disease is dealt with. Preferably this is done while leaving witnesses who can keep the fear of going beyond Australia's sea's alive. You could make this message even more clear by monitoring important ports for potential long-range sail missions and when you spot one you rain godly death on such expeditions as they are leaving port so the story of why you shouldnt go out to sea spreads like wildfire and you reduce the chance of spreading diseases.

You can also monitor bird migrations before you land, allowing you to exterminate birds that might carry diseases. Especially from Australia most birds will move across the island chains. You could set up large poisoned food and water sources with the purpose of killing birds that attempt to migrate away from Australia. Besides poisoned food you could use small anti-air installations that target birds and ring the edges of the islands with them. You can use sattelite imagery to track flocks and then send boats or aircraft with an overkill on bombs to massacre them as well, you can even capture a few birds, infect them with a virus and release them to kill off most of the species in a viral attack. Between all those methods the non-sentient animals wont stand a chance at spreading the disease.even if a few do reach the mainland they will likely starve as they meet your sterilization program.

For small things like spores and bacteria in the air you are already going to be using methods to clean the air, so you use those to deal with any that come off of Australia. Otherwise your best bet would be building a habitat on the moon, sterilizing earth completely and then replacing the sentient populace you've sterilized and introduced to your own cocktail of approved bacteria and viruses.

Not the answer you're looking for? Browse other questions tagged science-based economy space-colonization or ask your own question.

14
Turtle world : landmass edition
8
How would the inhabitants of one planet kill the inhabitants of the other?
5
Unplanned Colony: what industrial level could be recreated in the short-term?
13
What might cause body-modest human planetary colonists to need to practise nudism
5
How can I make magical projectiles cost effective enough to be practical?
22
Metal that glows when near pieces of itself
3
Minor terraforming that allows people, and doesn't inconvenience local flora and fauna