How can an individual that consumes the biomass of others not experience any weight gain?

An artificially created organism called a symbiote has escaped from a research facility and has infected a human host. It has given this human new abilities, including super strength, speed, durability, and a terrible sense of humor. He has also gained a craving for human flesh. This individual goes hunting every night, consuming hundreds of individuals. The symbiote man pulls the entire frame of a person into itself, absorbing it's biomass and adding it to its own. It is ravenous, and can eat an unlimited supply of tasty people without putting on any pounds and remaining the same muscle bound hunk that he started as.

How could an individual like this consume the body mass and not get fat?

by doing a whole, whole lot of frenetic schlumping around between lunches.

by periodically purging, adding to an already generally appalling appearance/odor.

by spending lots of time expending its super-energy on the treadmill.

by getting infested w/ tapeworms adapted to the zombie gut.

The host takes what it needs - except the essential element that the Symbiote needs a constant supply of. The Symbiote's alien biochemistry means the same things the host needs are sustaining - but there is still one essential craving, need and urge driven by a chemical deficiency.

The Symbiote's cravings drive the host to get the Arsenic it needs. Arsenic is highly poisonous to the human host:

Arsenic exerts its toxicity by inactivating up to 200 enzymes, especially those involved in cellular energy pathways and DNA synthesis and repair. Acute arsenic poisoning is associated initially with nausea, vomiting, abdominal pain, and severe diarrhoea. Encephalopathy and peripheral neuropathy are reported. Chronic arsenic toxicity results in multisystem disease ... There are no evidence based treatment regimens to treat chronic arsenic poisoning

That being said, there's a small amount of arsenic in everything, including a few molecules here and there bound up in every cell of the human body. We can all live with this tiny amount.

There's no way to take in enough to satisfy the Symbiote without killing the host except by eating vast quantities of people.

Chelation therapy may be used. This treatment uses certain chemicals, including dimercaptosuccinic acid and dimercaprol, to isolate the arsenic from the blood proteins.

The Symbiote chemicaly-binds the tiny quantities of Arsenic then extracts it from the blood. This prevents the host from ever getting a fatal dose.

Doesn't have to be Arsenic it can be any of the poisonous elements eg. metals.

Edited by request of nzaman, JBH.

The rest of the biomass is exhaled as gasses (oxygen, carbon dioxide), urinated out (acetic acid in vast quantities), and defecated in the form of egg-like mineral deposits. Among the minerals, just occasionally will appear something special, a perfectly smooth pearlescent object of extraordinary beauty and an eerie almost supernatural radiance.

These objects become much prised for their apparent ability when worn on a clasp about the neck of a lady (one sufficiently rich to be able to afford it), to apparently transform even the most plain-lookin wearer into a world-class beauty. legends say that long life is bestowed on the wearer - but that's just a myth right?

What is not immediatley apparent from the start is - what happens when they begin to hatch.....

The symbiote is actually one tiny part of a much, much larger creature. The main body is actually somewhere completely different and the ‘symbiotes’ act as scouts/resource gathering appendages.

At a cellular level the symbiote is a series of fantastically small biological wormhole generators. Material absorbed is crushed down/torn apart at a scale just above the molecular, then sucked through the wormholes and dumped wherever the symbiote’s main body is. Information about the symbiote’s surroundings can also be fed back and new instructions received from the main body, allowing the overall creature to prioritise certain kinds of resource extraction (for example tasty organic compounds).

Bidirectional wormholes also allow biomass to be rapidly deployed from the main body back through the symbiote, allowing for dramatic apparent changes in mass/shape without violating conservation laws.

Naturally: maintaining these wormholes is a huge calorific draw, explaining the ridiculous appetite, but not the sense of humour.

The mass is burned off metabolically. 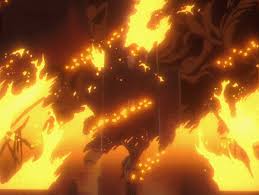 Ingested and absorbed mass is burned, fast. To burn an entire human body every few minutes (the water fraction leaving as steam) would mean that as it is doing its thing, the predator is burning hot and engulfed in flame. That would make it hard to hide, but if you are eating a person every couple of minutes subtlety is not your strong suit.

Maybe the predator is accumulating energy this way for some purpose - the bodies are fuel and their oxidation is (inefficiently!)powering an energy intensive accumulation. Later in the story the predator will deploy or release all of that energy in some awesome feat.

Not the answer you're looking for? Browse other questions tagged science-based food or ask your own question.

0
Is there a technology that can place the human body under more or less gravity weight?
26
My protagonist can see UV light. What will she be able to see that others can't?
18
How can one individual have two different biological signatures?
8
How can an individual with Superman like powers best harvest asteroids?
9
What would prevent an eldritch deity from gaining the abilities of others that it absorbs?
3
What's the largest space ship that couldn't support its own weight?