How many years must you have before you can become a bard? [closed]

The setting is a tribe on the edge of the Neolithic and agriculture. While this tribal group is not yet fully agricultural, there are others around who are.

The 'tribe' is really a group of hundreds of 'clan' units spread of tens of thousands of square km. Each clan is a few hundred people at most; 100 at least. The clans are semi-sedentary, moving a few times each year to take advantage of hunting, fishing, and gathering resources as they become available.

There are few occupational specializations in this tribe. Each clan will have its chief and a shaman or medicine man. Perhaps some of the older widows are medicine women of some sort. But one highly prized and specialized person is the bard. The storyteller, who remembers and retells the stories of the tribes foundation, of its heroes from long ago, of the tales of comedy and tragedy from the long history of the people. 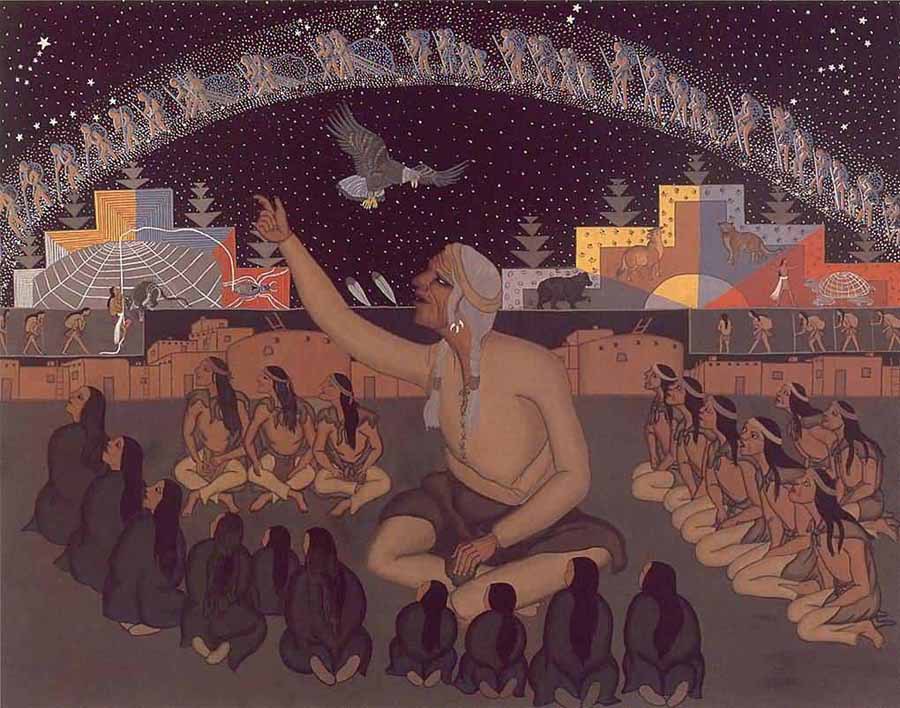 How old does a person have to be before they can become the bard? There are a two basic options, as I see it:

Which of these choices is a more reasonable way for a tribe to select a bard?

As you say, the bard is highly prized & thus valued. Considering their job to remember and spread oral history & tradition, keeping the deeds of past tribespeople alive, we need a way to distribute and store this knowledge so we don't have a single-point-of-failure.

Throughout their live the bard has a retinue of younglings following them around, listening to their tales, learning the stories and songs. Upon the bard's death, one of their retinue will be chosen as the new bard - this might even become a sort of competition among the potential bards.

What advantages does this system have?:

The system allows, and even encourages, the spreading of stories & song among the people of the tribe. Keeping the retinue comparatively young, we will have a useful occupation for the teenagers of the tribe, having them spend their free-time with learning stories & song means they will not be doing any vandalism and such (playing pranks, etc. whatsoever). Combining stories & song with teachings might also make the position of bard double as a pseudo-teacher.

Concentrating on the potential of the young-ones we might have competitions among them to recite poetry & song. Young-ones that do not show potential for e.g. herding, or just quite a lot potential for barding, might be exchanged with other tribes - e.g. in marriage - in order to intermix stories & history, and further spread the folklore among all the tribes.

This method even gives us a sort-of fail-save against the unexpected/early death of the current bard, or their apprentice. Having the retinue young, means that most of them will eventually take up other jobs than barding - yet their knowledge of stories & song remains a part of their live. No matter what age the new bard takes up their job, they can easily learn things they missed out on from other tribespeople.

Rite of passage to adulthood

When they turn thirteen, the young of the tribe enter the annual hunt contest. They are on their own and will not be readmitted into the tribe empty handed.

When they do come back however, they present their catch as an offrand to the chief, in presence of the whole tribe. Doing so they must tell the story of their adventure and how they came to triumph from the beast they are bringing, or to acquire the treasure they found. The more valuable the catch, the more glory associated with returning.

Those seaking the crowd's approval to become future chiefs therefore usually return after months, looking for the best opportunity. On the contrary the more modest ones return quickly with easy preys.

If the present is judged worthy, the young is admitted and officially considered an adult.

The bard waits patiently for the best stories, until one stands out: its teller is then called upon to become the next bard.

A tribe needs a bard, the bard is the living memory of the tribe.

But the bard probably needs the best part of a lifetime of training. This isn't something that can be picked up quickly. It's not something you can leave until the old bard is dying. This is something that's decided at birth. The new bard is most likely the son of the last bard.

As bad as old Cacofonix may be, Cacofonix' son has grown up in the tradition of music, constantly exposed to the tales that need to be retold. The position is unlikely to go to anyone else unless the old bard fails to have a child.

In conclusion, Cacofonix (aka Assurancetourix): 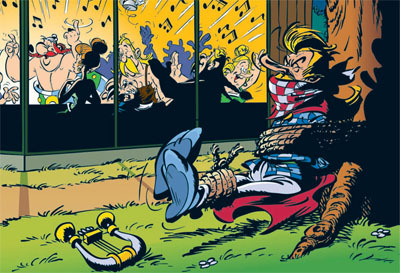 Not the answer you're looking for? Browse other questions tagged society culture data-storage or ask your own question.

10
Can you actually have a Forest Kingdom?
11
How would society function with only one male per generation?
28
What groups will face unjustified prejudice in the future once technology makes current lines of prejudice harder to justify?
31
Is there a precedent for inventing a new technology many years before anyone else?
3
How long before humans become tribal in post-apocalyptic world?
2
Refined symbiotic species, Environment and life
84
How can a colony of teleporters make the most money while keeping their teleportation a secret?