How can I prevent a bloodline ability from being passed into competing clans?

The sharingan is an ability that is passed down the Uchiha family bloodline and grants several abilities to its user. It can copy the techniques of an opponent perfectly, allowing the user to steal their abilities. It can also predict the movements of a person, providing a limited form of reading the future. Finally, it can see through illusions, although the success of this would depend on the user's skill.

It is difficult to prevent teens and other young people from "spreading their royal oats" and passing our abilities to competing clans. Expecting them to practice abstinence is like expecting a silly childhood hobby such as comic books to make successful transitions into movies: it's too unrealistic, and I would be laughed at for trying. Encouraging safe sex is unreliable at best in the pre-modern world. Condoms break easily, and people rarely use them when caught in the heat of the moment. Other clans competing against us would love to have the sharingan in their possession, and would aim to encourage this and actively seduce our members.

How can I protect our birthright and prevent this from happening?

You can forcibly "adopt" all children with your bloodline ability into your clan. Make a very big deal that only your clan can teach how to use your ability safely. One step of that is spreading rumors of fatal training accidents that could have been prevented by proper supervision.

Any that you cannot adopt due to political reasons all seem to die from such a "training accident", further enforcing your point.

There is no need for the newly adopted bastards to get a high position, unless they actually get there by proper merit. Being adopted into the clan should be honor enough. What you do with the mother depends on how generous you are feeling.

To prevent your males from breeding with captured enemies that may escape (or raping the villagers) you claim responsibility of the internal security and policing of the multi-clan settlement. That way only a few individuals will be near the frontline where they could spread uncontrolled seed. You then select only those that can keep it in their pants for frontline duty and perhaps send along a designated seed receptacle on missions for when the urge cannot be controlled.

Alright, listen up son. If you knock up a girl from a rival clan, I'm going to have to castrate you. Nothing personal, but it is important to maintain the power of the clan.

On the other hand, check out these sex slaves we just got. If you start getting any urges, they are right here in this tent...

Editors note: this doubles as a way to get more male descendants. Female children of the sex slaves.....don't have to survive.

The power only manifests if those that control the power take a certain substance. This substance, however, also makes them temporarily sterile. They will need to opt-out of their magic temporarily if they want to father offspring, and they won't do this to be rebellious.

Alternatively, you can swap the magic/sterility opt-in for an opt-out - a drug that will suppress the magic for a few weeks, but also restores fertility.

type of techniques used to bring someone under the control of the user. By applying a seal to the victim's body, the user brings the victim's abilities and actions under his/her control. 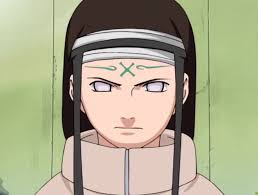 As we see in manga and anime, you can put a seal on every male child at certain age and it can work from multiple approach.

Denying orgasm or pleasure to male.

the sperm will not contain spermatozoon. Seal can be broken or released only by the leader.

What is the medical tech like in your world? Many societies have rites of passage that involve genital changes. Make yours the insertion of a vasectomy tube. The kind that a doctor can later flip "on." You can bundle it with some other rite of passage if you wish, like circumcision or piercing or a night alone in the wilderness. Do it at the onset of puberty, or a bit before.

Activating the sharingan requires specific training , exercises, and other preconditions, known only to the Uchiha. 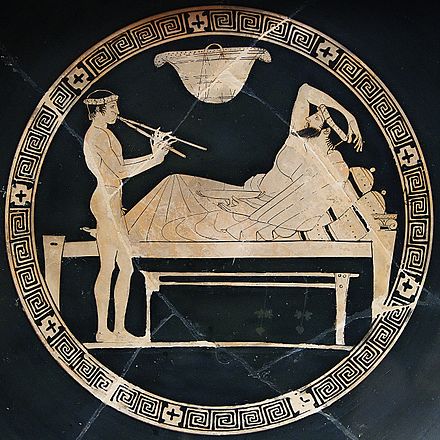 The most common form of same-sex relationships between males in Greece was "paiderastia" (pederasty) meaning "boy love". It was a relationship between an older male and an adolescent youth. A boy was considered a "boy" until he was able to grow a full beard. In Athens the older man was called erastes. He was to educate, protect, love, and provide a role model for his eromenos, whose reward for him lay in his beauty, youth, and promise.

In your society, young lusty men are adopted by older lusty men. These "erastes" serve to educate and protect and also channel and expend sexual energies in a non-procreative fashion.

But your society has another method as well...

Women marry and the husband is the father of any children. But women are understood to be free to seek out sexual partners outside of their husband as the spirit moves them - as long as such partners are within the clan. Young beautiful men might, understandably, be a frequent choice.

This has the added benefit of improving the chance for conception. Inbreeding will be a problem in your society. If a woman is married to her first cousin, consanguinity might make it difficult for her to conceive or carry to term. Multiple partners improve the chance of genetic compatibility - and still within the clan bloodline.

You could make it recessive, so that even if it was spread, there would need to be two copies for it to manifest itself in a person.

11
How to prevent regenerators from becoming slaves?
42
How can you prevent a theocracy from being inevitable when religious leaders have power over nature?
19
How can I prevent semi-independent royal families from rebelling against the empire?
2
How can I prevent the military from overthrowing the triumvirate?
0
How can a patriarch ensure the loyalty of a competing clan through marriage?
9
How can a long lived species that reproduces slowly prevent themselves from going extinct?
14
How can I prevent corporations from growing their own workforce?