Can a planet with chaotic rotation have more than one ring rotating in differents axis? [duplicate]

Let's say that planet earth have a big explosion . An explosion generated in earth big enough to change the planet shape. Making earth having a chaotic rotation like Hyperion leaving water and rocks forming rings. Could be possible for earth to have more than one ring rotation in different axis? 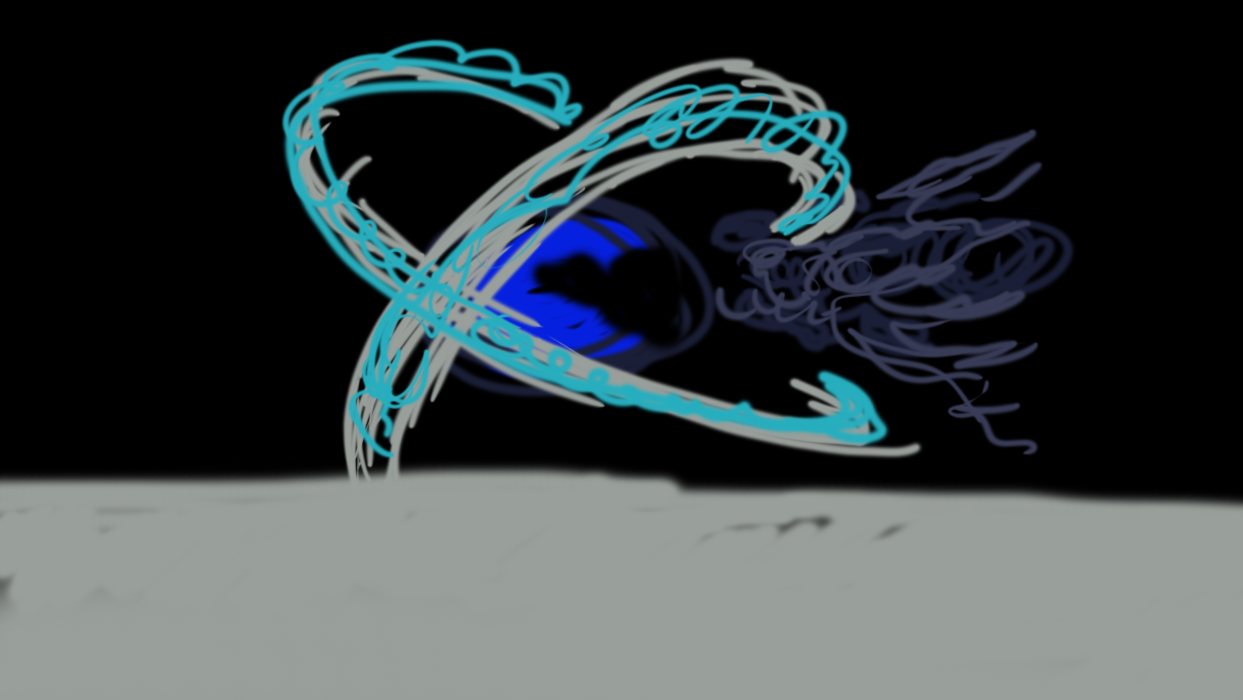 Edited since other questions don't answer my question.

It depends on how you define rings.

If you want rings like Saturn's, then unfortunately no, those beautiful wide and bright rings are held in place by its own gravity and the gravity of its various moons, all of which rotate around basically the same axis. Any additional rings would need other moons orbit on a different axis to generate and sustain them.

As for different axis... it gets very very complicated very quickly, i'd recommend looking at the Astronomy.SE question Could a cross-ringed planet exist for more information.

Very narrow rings on different axis are possible but short lived, all you have to do is look at the amount of debris orbiting earth to see that a fair amount of it orbits in vastly different axes. But it would take tens of thousands of years for those debris fields to form rings, very narrow ones at that, and by then they would likely have de-orbited and burnt up in the atmosphere. But for a short time it would have formed a couple of very thin rings.

YES
did you played 'beyblade' at some point of your life? or sth similar?
the gyroscope held itself up because of its centrifugalforce.
When you tryied to rotate a normal ball, the ball quickly loses the axis and spins wildly (if it has hit the ground), because it wasn't made for spinning straight.
That should solve the question if its possible.
How you do it is rather hard without smashing and destructing the hole planet.
You could let a giant meteor strike a pole with so much force, that the earth gets another spin. That means a giant inferno would kill everything on earth, even heavier than 65 Mio years ago. And it would maybe smash earth into pieces.
I trust you to find a better way :)
Maybe sth so magnetic that it moves a pole?
I hope this helps :)

Not the answer you're looking for? Browse other questions tagged planets universe explosions planetary-rings .

6
Seasonal progression for an Earth-like planet with wobbly axis tilt?
1
How to naturally maintain a Earth-sized Planetary Ring System and the possible periodic bombardment that can ensue?
2
Is this habitable moon possible?
8
Effects of Rings - Debris?
8
Is this planetary moon's calendar possible?
8
How to navigate a ringed planet at night?
12
Can planetary bodies have a second axis of rotation?
19
I want ten Earth-years long day on my planet. Can I have it?
3
What (if anything) can cause a substantial and stable shift of the magnetic poles of a habitable planet away from its geographical ones?
7
Verifying Habitability/ Feasibility of my Conworld