How to explain the presence of a dense debris field around Earth?

I'm creating a sci-fi world similar to ours roughly 50 years in the future. Unobtanium, a futuristic metal and fuel source, was discovered in 2020. Its broad utility led to rapid advances across all parts of industry, but especially spaceflight, which is now commonplace for government / business leaders and military operations. However, even occasional spaceflight is beyond the means of average families.

My goal is to have have a dense cloud of debris completely blanketing the Earth. The main requirements are:

My first approach was to have an asteroid impact Earth’s moon, which would be convenient for other plot reasons, but after looking into it, it seems an impact strong enough to create the sort of debris density I need would have lots of appocalyptic side effects for the residents of Earth down below.

Another approach I considered was having people attempt to break up an inbound asteroid before it stuck Earth, but it seems like a object of mass sufficent to cause the sort of debris field I want would be imposssible to stop without causing significant damage to the Earth.

TLDR: How can I explain the sudden appearence of a dense debris field around earth?

The problem with asteroid capture scenarios is the capture. You need to somehow massively slow down the asteroids or they fly right on by.

Instead I suggest that people started trying to create an Orbital Ring around the planet. Roughly half way through construction though something went catastrophically wrong and the ring got ripped into pieces. Those pieces then hit each other and in a chain reaction smashed each other into various sized fragments that are now a major hazard in orbit. 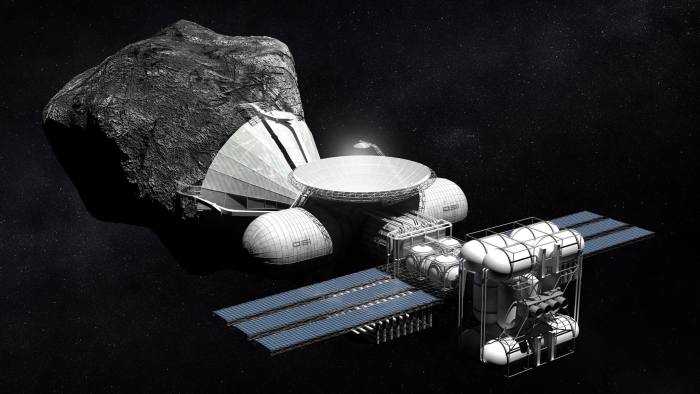 There are currently several groups gearing up for bringing a near-Earth asteroid to orbit for mining purposes. Let's say there are 4 or 5 companies (you can even use the ones currently doing this for realism purposes), with asteroids in orbit and something causes them to collide (maybe a new one comes in and the rocket malfunctions hitting one of the other ones causing changes in orbits which then eventually strikes the others.) Some pieces will come to Earth, some will leave orbit, and some will stay in orbit.

I mean, your question answers itself. Have a bunch of Unobtainium-rich meteors rain on the Earth. The rocky portions of the meteors burn up in orbit, but the Unobtainium crashes to Earth leaving various deposits, especially near coastlines. Have some of the meteors land in a perpetual orbit around the Earth where they are still there, but only enough to be an inconvenience. Some of the meteors crashing into each other as they fall, shattering apart into not just being rocks, but a couple clouds of dust too. This would result in a minor temperature drop, of course, but it'd be enough of a sign to make the world governments look into their new satelights.

Have a couple of those little oddities meet in a perpendicular collision (for better fragment spread), close enough to the Earth - in a way that would bring the speed of most of the remainders below 11 km/s.

Their exact mass and diameter is up to you, though keep in mind you'll need a fairly large amount of material to litter up Earth's orbits to the degree you've described.

Here's something to feed your imagination with. 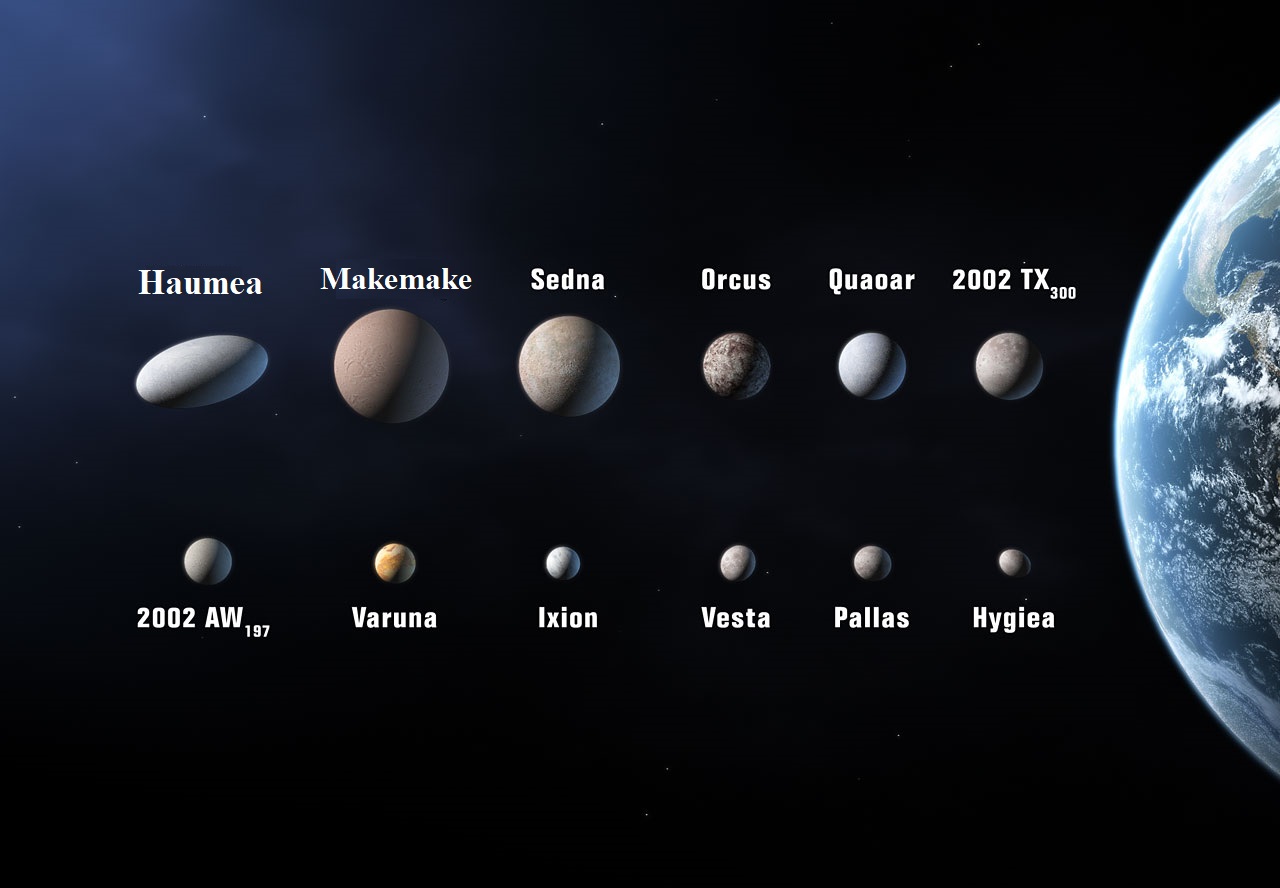 .
And who would've known, one of those bodies had a wealth of formerly unheard of element, in ores and rich deposits. Some debris remained in orbit, other pieces rained down on Earth. Even to this day, despite the blanket of fragments - sand grain to house-sized and beyond - wrapped around our planet, some daring souls venture into it to make a fortune off untapped resources.

Eventually the cloud should flatten and form some sort of ring system, but that should be noticeable over tens of thousands of years, not couple of centuries.

Now, would it spread more or less evenly in a time frame of century or two? I'm not one hundred percent positive, but it would certainly make space travel a far more dangerous affair.

Satellites, aside from geostationary and beyond, are totally screwed. You'll also have an initial, quite intense, rain of asteroid chunks - which I see as the only plausible-looking way to introduce this new metal to the Earth. As the years pass by, strikes from above will be less and less frequent. Just safe enough for humans to leave their bunkers.

Which is a quite a sizable, but certainly not unheard of impacting body. Chicxulub asteroid or comet is thought to have been 10 to 15 km in diameter, so your asteroid - even with some added rock content - would cause an impact well below an extinction-level event. You may also split those resources between several smaller bodies hitting the planet in different spots. Here's another helpful page to help you calculate some effects of various impacts.

Don't forget your carbon fiber umbrella, we might have a mild precipitation today.

The Kessler Syndrome is the answer.

If you've seen the movie Gravity, then you've seen what the Kessler Syndrome is: the complete or near complete destruction of everything in orbit due a cascading chain effect of destruction.

Basically: two objects in orbit collide, resulting in their destruction and the creation of a cloud of debris that scatter around. The debris hits other orbiting object, destroying them, creating even more debris that hit other objects in orbit, destroying them and so on. Rinse and repeat until tehre's nothing left in orbit but a debris of varying size, mass and speed making space flight a quite risky venture.

You can borrow from Armageddon(yes, that Michael Bay movie). Basically, big scary meteor that will cause catastrophic damage is spotted on a collision course with Earth. Earth authorities resort to any number out of several possible solutions to this threat: sending a team to plant explosives on the meteor exactly as per the movie, or maybe unveiling a prototype technology like a really large functioning railgun. Either way, the problem is dealt with but not in a perfectly clean way. The meteor is blown up closer to Earth than needed to be totally 'safe', and thus a series of relatively small fragments impact on Earth and cause minimal damage while a large portion of the resulting debris doesn't strike Earth but gets caught by its gravity well. Your meteor can be used to explain unobtanium as well.

Some official/technocrat gets overzealous with the idea of cloud seeding and takes it a step further, by attempting to create a field of particulates in orbit. Motives to do this could be an attempt to engineer the climate(whether mutually agreed or not), slow down the effects of global warming, or an act of war against certain countries. To add some variety to your field of debris, you could have some man-made satellites accidentally on purpose shredded by the new particles being introduced. Unobtanium in orbit could be explained as a hitherto undiscovered reaction between certain elements in micro-gravity, but here I'm just grasping at straws.

An unobtainium meteor collides with the moon and the pieces hit the Earth.

So, unobtanium is a fuel source? That should answer your question.
I expect that no later than 45 seconds after the discovery, some very large western power will start a war against the terrorists in the country the Unobtanium was found in. And rightly so, because not handing all your energy sources to them is an unacceptable affront. Or something.
You mention space flight becoming quite common, so you may expect some part of that war taking place in LEO. After all, LEO is a god place to be if you want to see your opponent, or if you want to drop things on them.
So now you have things of interest in LEO, and you have a reason to remove those same things, leading to debris, and eventually to Keppler Syndrome.

Since the most significant problem associated with self-replicating nanotechnology is that of confinement, the initial experiments with such technology take place in orbit (e.g. on a captured asteroid) where matter — the nanites can transform — is limited, thus preventing them from taking over the entire planet in case something goes wrong (which actually happens).

The nanites could be made out of Unobtanium, while the goal of the self-replication experiments could be to turn an asteroid into pure Unobtanium, hence the large amounts of it in the debris field.

Not the answer you're looking for? Browse other questions tagged science-based planets science-fiction space earth-like or ask your own question.

3
How to explain Earth-like gravity in small asteroids?
8
How would early astronomers prove the existence of a spherical firmanent around the Earth?
3
How many moons can form around this alternate Earth?
4
Creating a gas-giant based empire, how can I maximize the amount of Earth-sized habitable worlds around a gas giant?
4
Would a sun-blocking asteriod field be created if something big was to smash into the moon?
8
How can I make a dense asteroid field?
14
How would Earth turn into debris drifting through space without everything at its surface being destroyed in the process?
2
What Size and Likelihood Of An ET Impact Would Destroy A Small County Sized Region But Not Our Species?