In my fantasy country, there is a tight government control over painkillers for reasons I can’t get into now. Their technology is the same as ours, if not a bit better.

There are government mandated somewhat invasive implants that many are having faked to get in without the full cost of official immigration.

How would these be done?

By definition, all implants are invasive...

Assuming that our surgeon is working under the table in an effort to supply illegal aliens with counterfeit implants, and that whatever complexities involved in the process of making the devices is handwaved, the actual surgical procedures are quite simple.

We'll assume two devices: one is very small, no larger than an 80mg aspirin pill; the other about an inch long and a square centimetre in cross section. We'll also assume that the devices are sterile!

Ah, yes the issue of pain. Well, your "patient" is an illegal alien trying to subvert the law. A little pain won't do him any real harm.

Cold packs are a good start. There is a minor analgesic effect with the cold. Other than that, I'd suggest the use of nitrous oxide. Perhaps a little midazolam. Patient will feel discomfort and pain, but really won't give a damn! Just keep them comfortable until they're safely out of the clinic! 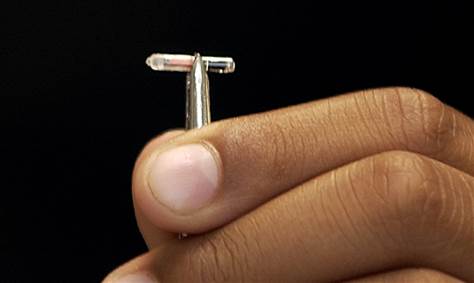 And its insertion device: 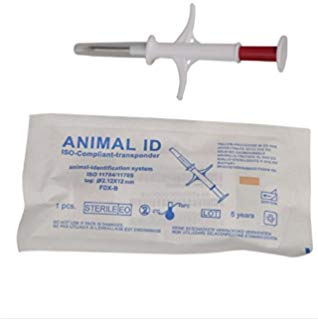 This implant is absolutely huge compared to the suggested device, but you can see ho the pocket is made and the device is seated within: 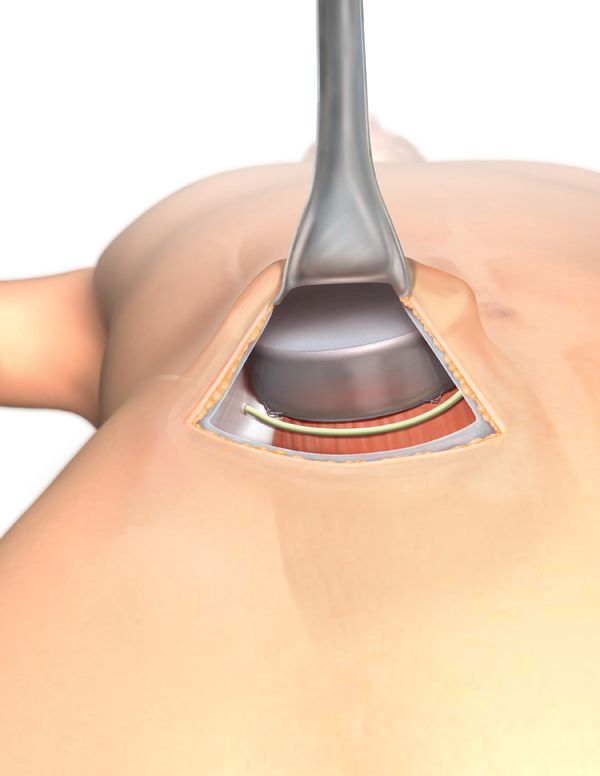 Painkillers Can be Stolen or Manufactured

Big suprise, I know, but criminals tend to not really care very much that the things they are doing are illegal. Kind of a major part of the whole "criminal" bit actually. Getting some ketamine or synthetic opiates can be accomplished by simply breaking into a veterinarian clinic, my mother's vetranarian clinic has had its anestetic locker raided a few times for exactly this purpose. Hell, you can get canisters of nitrous-oxide from a coffee shop and bakery suppliers legally with zero red tape. You could go online and buy enough nitrous-oxide to make a herd of elephants go night-night and nobody would even ask any questions, they'd just assume you were making a ton of whipped lattes. if you are feeling particularly frisky You can easily make chloroform in your closet with some basic chemicals and a hot plate (you might explode, but that never stopped the meth heads from venturing forth with their adventures in exploratory chemistry.) Hell, if worst comes to worst and profit margins are right you can nab a few chinese chemistry majors who are struggling to pay off their student loans to cook up whatever you need. That's where most of today's MDMA comes from.

Draconian Laws Have no Effect on Criminal Behavior

Also, our government actually did a series of crazy draconian laws about drugs like crack cocaine back in the 80's. Getting caught with it in a distributable amount could get you what amounted to a life sentence. What constituted a distributable amount was really not very clearly defined so basically just about every user busted was claimed to be carrying a distributable amount by the police. People were getting locked up for 30,40,50 years and STILL had not problem buying, selling or using the drug. In fact, some statistics show that crack cocaine use actually increased despite these laws anyways. Your government can be as draconian and dystopian as they want, criminals are still going to get a hold of what they want and use it how they want. Actually, a draconian dytopian type government would probably make drug prices skyrocket and increase their sales since if something becomes expensive it will motivate even more people to get into selling it.

There is no such thing as a non-invasive implant, since by definition you are invading your body with a foreign object. The biggest risks in back-alley hack-jobs is infection. If you get too sick and the infection is antibiotic resistant (or your back-alley cyberneticist doesn't have any) you will have to go to a hospital and will get caught. Believe it or not, some desperate and vain middle aged people have attempted to get back alley budget cosmetic surgery done in real life. Infection, poisoning, and permanent disfigurement has resulted. One woman wanted a bigger booty and paid some guy $5,000 to inject several pounds of silicone roofing caulk into her butt. She died thanks to a mixture of massive sepsis and poisoning because, ya know, the 10 pounds of roofing caulk she injected into her body was kinda sorta highly toxic when used in that manner.

Frankly, I have no idea what kind of "implants" you are using in your story,so I really can't get very specific on how they would be implanted. A good place to start researching would be how they input things like artificial heart valves, insulin pumps, cochlear implants, and chemotherapy shunts. I bet that at least the basic surgical, santiation, and aftercare techniques practiced to install current day medical devices would also be used on your future surgically attached junk monitoring devices.

In lieu of painkillers you can use sedatives. You don't feel pain if you are knocked out.

If you don't want them to have painkillers because you don't want them to have access to medicines, remember that not all sedatives come in the form of pills. Kids in schools have challengermd Darwin throught history by playing pass out games. A doctor in an underground clinic could "play" one such game with a patient. Have thw patient breath really hard for a while then sucker punch them in the solar plexus. Have a nurse make sure the patient stays alive.

After the fainting, the implant insertion becomes a regular, everyday procedure.

The answers here are great, but I think it merits pointing out that anesthesia (which is what I'm assuming you mean, versus painkillers) is a relatively modern creation, and that surgery of varying sorts are not particularly modern (made better today, sure, but not new).

A lot of surgeries simply entailed significant pain. A shot of whiskey and a stick or leather strap to bite down on, as seen in a lot of movies, is actually pretty much how surgery went for the bulk of human existence (at least since folk have cut other folk open to add or remove stuff).

In other words, just because it's going to hurt like hell doesn't mean it won't be done. If they want the implants bad enough, they're going to suck it up.

Not the answer you're looking for?Browse other questions tagged dystopia medical or ask your own question.

30
Without modern medicine, can somebody survive a third degree burn?
5
Is it possible, given modern technology, to fake brain damage?