How much medical information could we gather from a wrist-worn device?

I have been thinking about the Pip Boy device from the Fallout series of videogames. It is a portable, wearable computer that can gather a lot of data about the user. It looks like this: 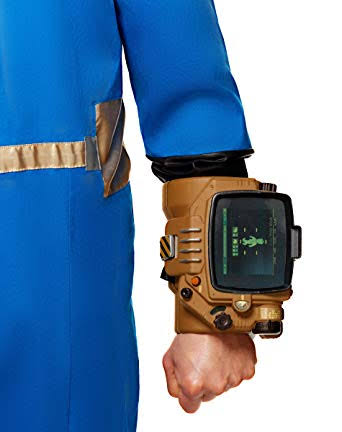 And gives out readings such as this: 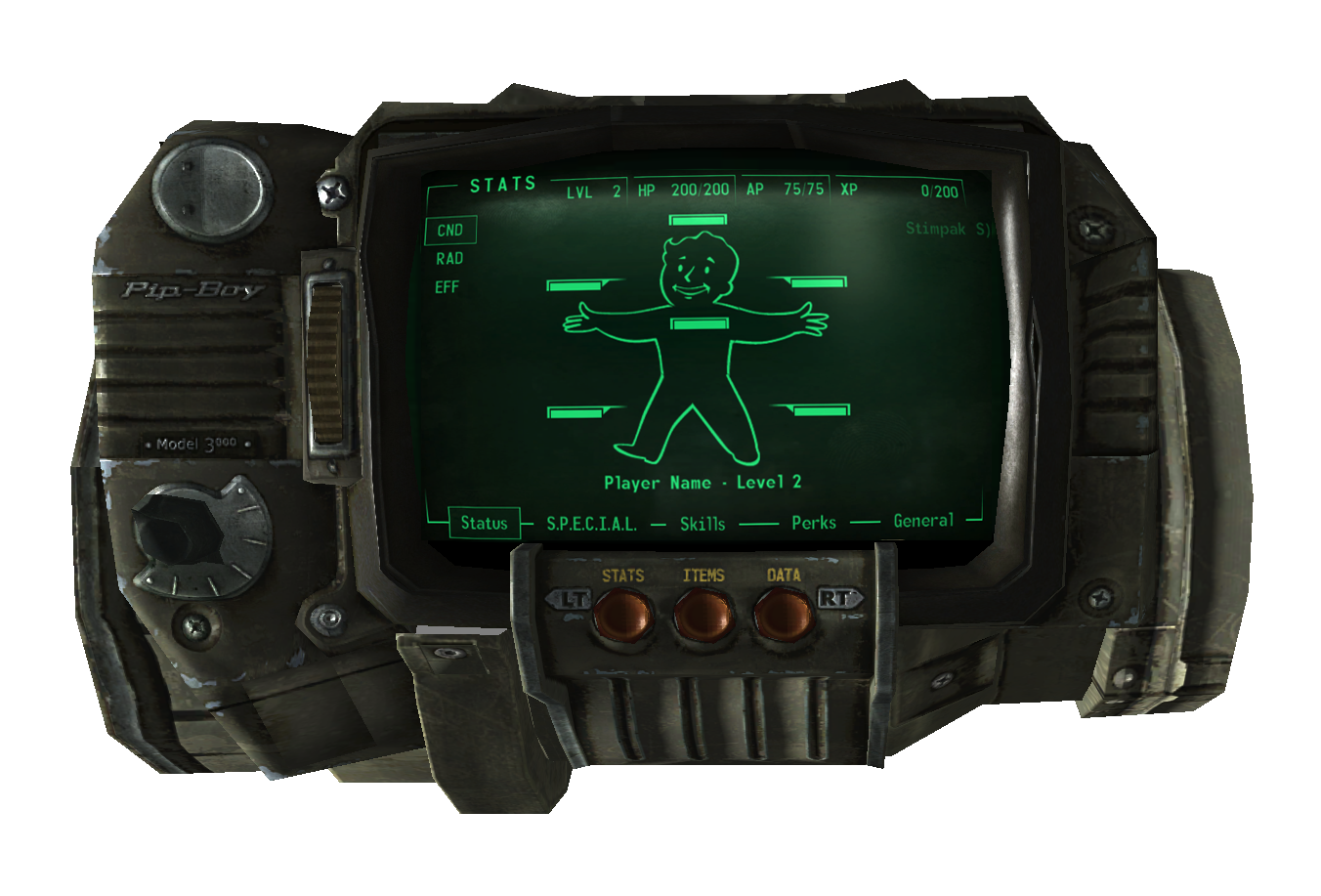 The Pip Boy's capabilities are meaningful for the context of the videogames where it exists, but are too handwaved for real life.

What I would like to know is which capabilities a realistic one could have. I know some wearable devices can measure heartbeat, blood oxygenation, sugar levels etc. I want to know how many more parameter readings we can pack in a portable, wrist-worn device.

Technology level: current or near future - in thid case, what could be reasonably expected to be achieved in the next ten years.

The device should be no longer than 33 centimeters/1 foot, approximately. It is ok for it to be as small as a wristwatch if the technology allows for it, but it should still be able to read out as many parameters as possible.

The device needs to either have a screen with readouts of its own, or be capable of sending data to a smartphone or other smart device.

The device may be able to interface with other sensors, but must be able to work in complete standalone mode (except for the screen, as per the paragraph above this one).

Piercing the skin to collect blood is allowed.

Costs are not a constraint.

I read a book about a guy who built a rowboat and rowed from Africa to South America on his own in a couple months. I think that if adventurers like him are able to have their readouts while doing their adventuring, they can remotely contact a doctor for advice. I am going to use this in a story I am writing.

A similar device already exists or is in the state of development, if you believe an article in medical design briefs. Some medical parameters are mentioned there already I want to repeat and add to that list. Possible candidates I can make out:

(partial frame-challenge) If you allowed for it to interface to implanted devices, plenty more could be detected.

An external device which collects blood provides a continuous source of discomfort for an active adventurer (particularly on a very mobile and exposed place like the arm), and risks infection or trauma if the device gets knocked whilst it's got it's needle in you. This isn't great for an adventurer away from medical supplies.

This is also how current devices such as implanted diabetes monitors work.

This would allow much more monitoring of stats from different parts of the body.

I will add that, in addition to all the Western Medical readings you can have, you can also do ones from Traditional Chinese Medicine. The pulses provide a lot of information about the state of the body, though the diagnoses do not neatly map on to Western diagnoses. There are 3 positions on each wrist (with some variation of position I think) and each position can be classified in various terms, such as slippery or taut. Then there is speed, strength, depth, and measurements relative to the other pulses. All stuff a human can fairly easily be taught to read. Then you use a database to interpret the results.

Pulse isn't the only diagnostic tool in TCM, not by a long shot. But then vital signs and bloodwork aren't the only Western Medicine tools.

While there exist devices that can find acupuncture points on any given body (not sure what they're measuring but it's differences found by placing/moving the device on the skin), there is not—as far as I know—any sort of device for giving TCM pulses when placed on the wrist. But I can imagine it being done with technology either available today or within the next 10 years.

Just an idea for something a little different, if useful to you.

Not the answer you're looking for? Browse other questions tagged science-based reality-check technology medical or ask your own question.

11
How fast could a civilization advance if given access to information from future?
17
How viable would an analog computing revolution be?
21
With today's technology, how much of the human body could be replaced by cybernetics?
7
Mind controlling device - how to go on making one?
17
Could a simple hospital oxygen mask protect from aerosol poison?
6
How much damage could a complete loss of technology cause?