Would wearing clothes over fur be uncomfortable?

Wearing headwear over hair isn't very pleasant when hair is relatively short. Does this hold for fur?

In case of humanoid creatures covered with short (up to 5mm) fur, like cats or dogs have, would wearing clothing be uncomfortable? How about longer? 10? 15? 20?

I'm not very hairy so I can't really say, but experiences of very hairy people would be very welcome.

Race is humanoid and bipedal with five fingered hands. Pregnancy is about 9 months with a similarly long bringup time as with humans.

Since the society had to evolve, I'm thinking ancient, medieval and modern.

Versatility. The race would retain the human sweat gland capacity by making the fur "bristle" so in hot environment it would both protect from sun and it would reduce the need for clothes during cold nights.

But their fur coats aren't perfect for all locations and a black longer fur would be terrible in the hot areas. To solve that I thought about wearing white headwear/robes to insulate against heat.

For colder areas I thought additional clothing layers would be perfect, even if usually thinner than what we need to use.

Ancient times had a religion that introduced a goddess similar to Gaia that also introduced decency (cover up your sexual organs) as a part of a written "how to be good" book. It's worth noting that most of the societies did it anyway.

Medieval times had translated that to a cultural heritage in response to pre-medieval debauchery that was pointed out by scholars of the time as a cause for societal collapse.

In modern times they cover certain areas of their bodies due to mating rituals being better for the offspring if mating isn't random which was often the case before decency laws were passed in medieval times. Thus a pair bonding culture developed in the species with sexual organs and mammalian glands being covered for "decency".

Although fur would be a natural cover, its relative shortness means it doesn't really cover much.

The easiest way to answer questions is to look for examples: 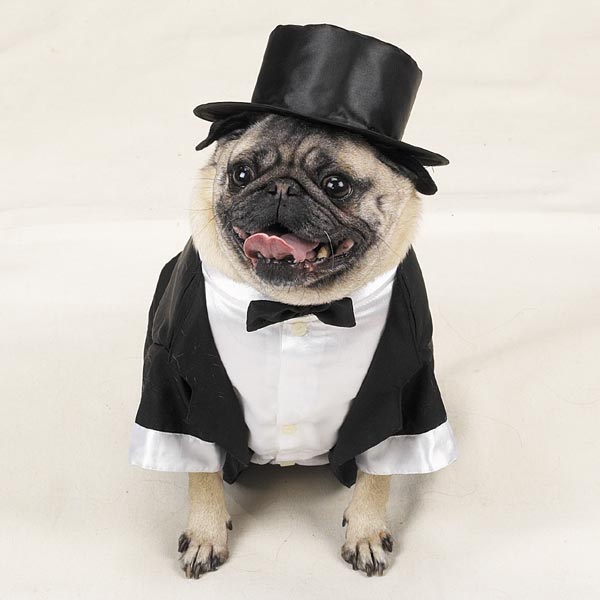 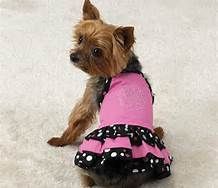 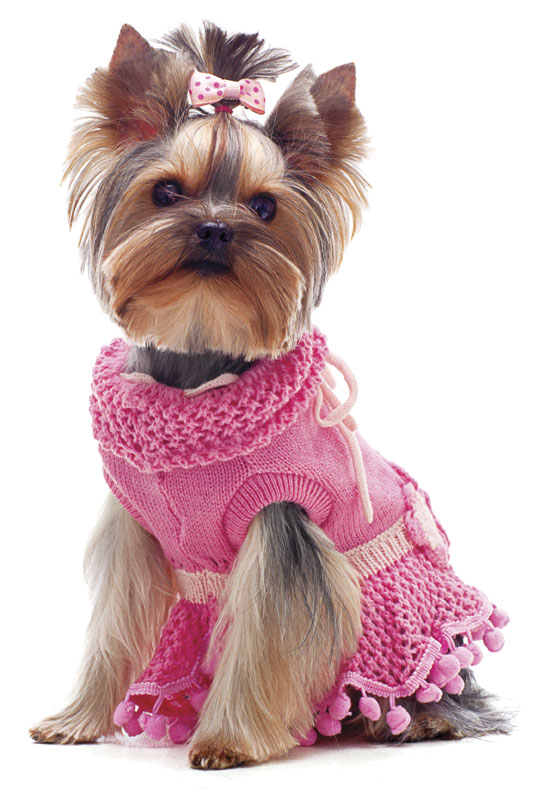 Dogs have fur, but don't find clothing particularly uncomfortable. Our dog even brings us her jumper and asks us to put it on when she gets cold!

I would think that a society of people who are naturally covered in fur would invent articles of clothing that would be comfortable to wear for them. I'm not taking into account individual tolerances or preferences, I'm talking about the general idea.

The articles of clothing that we, as humans, use, are made to be comfortable for us based on our physiology. Every article of clothing, from the skimpiest swimwear to the most bulky NBC suit or space suit, is made with the basic principle that it will fit our bodies and can be worn without creating discomfort or pain.

As a civilization, we made extensive testing through the ages with many kind of materials, invented some more, especially through the last century, perfected them and also worked on size, cut, etc, in order to be able to fit and clothe everyone on the planet with comfortable clothes, and we succeeded.

The fact that some people, plus-size people for example, find it very difficult to find good and comfortable clothing due to being out of the 'standard shape', as defined by the clothing industry, is mostly a monetary issue coupled with a societal issue; the clothing industry thinks there's little benefit to be made by making plus-sized clothing and society carries an image of the 'perfect body' that punishes those people because they are so far from the unrealistic perfection shown in ads and magazines, not due to a lack of knowledge or technology to produce them.

Not the answer you're looking for? Browse other questions tagged clothing hair or ask your own question.

14
How would society be different if humans possesed natural fur covering?
3
Leg- and footwear for cybernetic soldiers
25
Would humanoids with fur be offended by fur clothing?
26
New tech, old clothes
1
Impact of humanoid animals who can grow fur/hair very quickly and use it as a weapon?
10
On a frozen world, what would be the thinnest, warmest materials to make clothing from?
11
Wading through high-inertia particulates: how could pre-modern technology best approximate a protective, slick, waterproof suit?
7
Autumn/winter clothing for winged humanoids who try to stay out of sight
4
Wearing vs Growing Clothes
15
How can my vampires hide in public?