Vitruvius connected a long tube of cloth, impregnated with special waxes, with bronze rings every 10 cm to hold the tube open, to a pair of bellows connected to crude cheek valves. This long tube was connected to a mask made of bronze containning a pair of glasses and a checkvalve that allowed air to escape but no water to enter the mask. The diving aparattus was born. 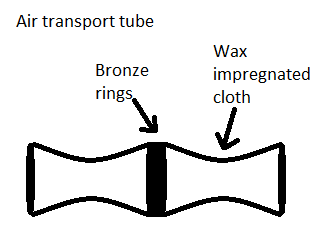 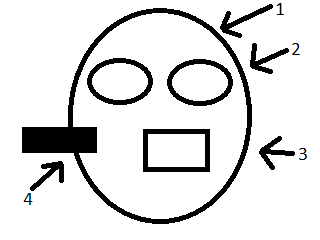 What would be the consequences of this on naval warfare? How this could be explored economically? Are there resources underwater that could be taken via divers?

Be careful with the actual apparatus...you need to ensure that it remains pressurized as well. If the device works:

I cannot see that big of an advantage directly to the military...it's applications for attacking / sabotage seems pretty minimal...if the Romans had explosives that could be transported underwater maybe? But thats not the major benefit I would see.

Your major use here is salvation...the countless number of ships that sank during wars (and peace time for that matter) from military ships to merchants and everything in between are sitting on the bottom of the Mediterranean. Much of the Mediterranean is quite shallow (100 meters?) and this device would allow for large scale salvation operations...sunken treasure much? When Carthage was burned, a fantastic amount of treasure was sunk to the bottom of their harbor...all of which could be recovered by your ancient divers.

Well, if you're being literal in your description, the first consequence would be a bunch of dead divers.

The problem is in the valve - if it can't 100% reliably withstand the pressure of 5 atmospheres or thereabouts, a failure will lead to excarnation - the diver being squashed into his helmet by water pressure.

You can still get some limited utility, if you don't go too deep, though; having even shallow-water divers (even with diving bells or similar apparata) will help a lot with salvaging ships (and their cargo) if they sank in or near a harbour.

As for warfare, it doesn't help much; you need the pump to stay with (above) the diver at all times, and the diver will be a lot slower than a galley.

Romans did not know to make clear glass, or rubber seals, so your divers would dead.

Plus metal was not cheap, even nails considered high technology...

No effect on ship figths, I think. Ship fights happen far out at sea, where divers useless anyway.

If you do not have a compressed air supply:

The suggested drawback of divers hemorrhaging out through mouth and nose because of pressure differential is admittedly colorful and dramatic, but absolutely will not happen if you're not giving the divers compressed air. Reason: diaphragm and intracostal muscles are not strong enough to inflate the lungs against a pressure differential, so your divers will not descend while breathing unless they have compressed air. I know this from personal experience: in my teenaged ignorance I tried to see how deep I could go with an adequately rigid tube. It turned out to be a pretty trivial depth, a few feet IIRC.

If you do provide compressed air:

It's still going to be highly questionable.

The likeliest injury would be air embolism, which is often fatal (and frequently causes brain damage when the victim survives.) This happens when ascending with compressed air in the lungs and (naturally enough, if you haven't been trained otherwise) holding your breath all the way to the surface.

As the air in your lungs expands, it tends to rupture the alveoli and force its way into the bloodstream. Neurological symptoms (up to and including death) are caused by bubbles blocking blood flow to the brain.

The biggest gotcha about air embolism: the maximum expansion happens closest to the surface. In other words, the danger increases as you almost get to to breathable air. :-(

Since the only treatment for this is a hyperbaric chamber, your divers in Roman times would be unlikely to receive treatment. Yes, hyperbaric chambers might well be invented - eventually - to treat the commoner malady of the bends, but it's kind of hard to see the engineering thought progressing like that. Romans were good engineers, no question; but they were not much for theoretical physics. And, since this issue is explained by Boyle's Law, which didn't emerge in our world until the 17th Century CE, you would really need to hack your timeline of scientific discovery...

Not the answer you're looking for? Browse other questions tagged warfare economy alternate-history ancient-history or ask your own question.

26
How could a simple submarine be built using 100 BC technology?