How thick a stone castle wall needs to be to withstand a modern tank?

From In what war would one modern military vehicle make a difference? question I presume a tank could decimate something like an ordinary medieval castle as have survived to this day.

But at some point even a modern tank's main gun should not be enough (otherwise, why not just level a mountain, while you're at it, rather than driving around it).

I am wondering about the practical limit for damaging a solid stone structure -- basically, large or small stones and mortar -- think medieval walls -- as thick as you want. The criteria would be that even after, let us say, 10 main gun hits it remains mostly intact -- maybe some dents and scratches or mild holes, but nothing that makes it structurally unsound.

For tanks I would consider "normal" main battle tanks as used in modern armies -- you can use any of those in service of any world army, using any of the ammo types used in more or less "normal" combat situations -- let's say any (or similar) ammo as used in Persian Gulf war. No nuclear shells, no self-propelled artillery or rocket launchers.

The main problem with stone is that it tends to splinter and cause really bad spalling. The best way to stop a modern tank round is not to stop it cold, but to absorb its impact. The best way to do this would be using dirt. My main profession in the USMC was anti-tank gunner, and as part of our training we received extensive instruction in what effects different impacts have on different kinds of armor. The best way to stop a high velocity sabot round, or high explosive round from a modern tank would be to try to catch the impact or detonation and distribute it evenly across a wide area, and for this purpose dirt would be extremely effective.

So using medieval tech to stop sustained fire from a modern main battle tank I would retrofit my normal castle walls. I would build a sturdy log palisade about 15 feet in front of the stone wall and fill the gap between with packed earth. Densely packed clay would be best, and it would work even better if it were thoroughly saturated with water. The wooden log palisade is simply there to contain the packed earth, the packed earth absorbs the impact or detonation and the stone wall directs the blast back outwards, or catches the impact from the high velocity sabot that has been substantially slowed from its journey through the packed earth. Bear in mind that this is not going to stop a series of 10 impacts in the exact same spot, but theoretically the wall itself could probably sustain a dozen or so direct impacts along it before the earth and wood were blasted away enough to expose the stone wall. This arrangement could probably sustain many many impacts from high velocity sabots, but high ex would blow away enough dirt that after a while it would begin to fall apart. If more time was available the outer wall could be made of stone but this is a retrofit that is going to take medieval construction techniques years to build, whereas the wooden palisade retrofit on an existing castle could theoretically be accomplished in months.

A castle wall made of stones and mortar is going to very rapidly be blasted away by either sort of round. The issue is that each impact turns a substantial portion of said stones into more shrapnel. Modern day fortifications are made from steel reinforced concrete, a pile of dirt, and more reinforced concrete. which is then usually buried again for this same purpose. Here is an example of some bunkers that the Serbians built for the Kuwaitis and promised would "indestructible." Obviously this was not the case, but it is an excellent example of modern bunker construction utilizing the principles that I suggested. This bunker would have been able to weather sustained tank fire like you speak of, unfortunately for it's Iraqi occupants it could not sustain an american 2,000 pound bomb. (The Kuwaitis are still SUUUUPER pissed at the Serbians that we destroyed their "indestructible" bunkers after they were occupied by Iraqi's.) 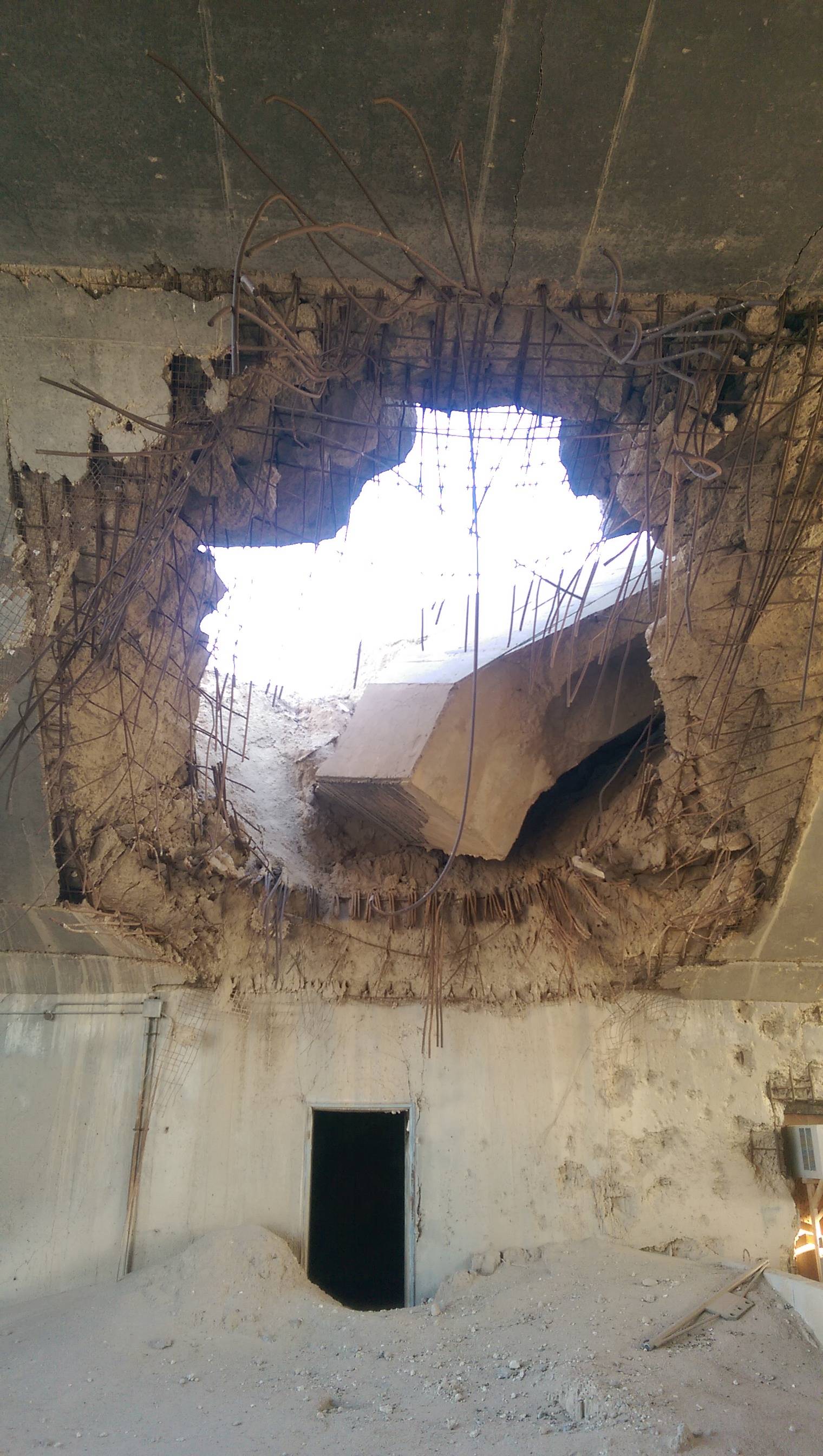 The issue was decided long before the invention of tanks. It applies (in principle) equally well to solid cannon shot. The solution was quickly discovered, and is called a bastion fort. Make the walls low, gently sloped and thick, and surround them with a ditch. Damage to the walls simply makes a pile of rubble in the hole, and that absorbs the damage from subsequent shots. Climbing the inner wall of the ditch is exactly as hard as climbing a raised wall of the same height, and the fact that most of the inner wall is below the level of the ditch surface means that it is very hard to hit.

Stone has some physical properties that will make it respond oddly (read with unusual levels of resistance) to modern anti-armour munitions like HEAT or KEP rounds but a tank pumping out basic high-explosive rounds can exploit it's basically brittle nature and reduce any wall you could build sufficiently to cause a general collapse. It's not even the actual damage that's the biggest reason that you can't build a stone wall that will withstand a modern tank, it's the accuracy; if you sprayed a sufficiently thick castle wall with 10 high explosive bursting shells you'd get some surface cratering and broken individual blocks. A modern main battle tank can repeatedly put shells within a couple of metres of each other at over a kilometre using ballistic trajectories, with straight shots at a vertical target they're even better. Putting fresh rounds into cracked and broken masonry will have devastating effects smashing out multiple cubic metres of stone with every follow up round and shaking the wall repeatedly like a series of violent, if very localised, earthquakes. The lower on the wall you can concentrate the rounds the more damaging the shaking will be and the quicker the wall will collapse.

Not the answer you're looking for? Browse other questions tagged medieval combat modern or ask your own question.

71
In what war would one modern military vehicle make a difference?