Would an Earth-like planet have similar weather phenomena as Earth

I'm designing an alien planet which is roughly similar to earth (continents, oceans, breathable atmosphere, plant and animal life on it), but i was wondering: Could a planet that is very similar to Earth have the exact same weather phenomena as we do, or could it have something completely different?

Note: I'm not looking into the planet's weather patterns for the time being. I'm currently interested in the weather phenomena (rain, snow, winds, tornados e.t.c)

General weather phenomenons that can happen on Earth happen on other planets of our solar system, as well as any Earth-like planet outside our solar system. Depending on the planet, it may also have things that don't really happen on Earth. For example, on Mars, clouds are made of ice due to the lower temperature. On Earth this only happens at the polar regions, where it is so cold that ice clouds can form. Also Mars has planetary dust storms that can obscure the surface of most of the planet for months at a time. If your Earth-like planet doesn't have lots of rooted organisms or has lots of deserts, this may be a weather effect that you can employ. Furthermore, Mars has very large mountains, and they are so large that they block lots of weather. I believe the top of Olympus Mons has 1/3 the atmosphere than the surface.

Keep in mind that planet size has an effect on wind patterns. Earth is the largest terrestrial planet in our solar system and has three cells per hemisphere, but other planets have different cells.

Earth is rather straightforward, with 3 cells per hemisphere. Due to the less dense Martian atmosphere, during the summer it will have 2 cells per hemisphere, and in the summer (shown), it will only have 2 polar cells and a central cell that crosses the equator. Venus has a more complex system, since its atmosphere is very very dense. Closer to the surface it has two hadley cells and a polar double vortex, shown here: 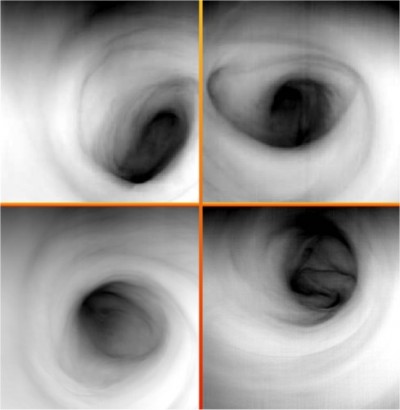 An artist's rendition is shown here: 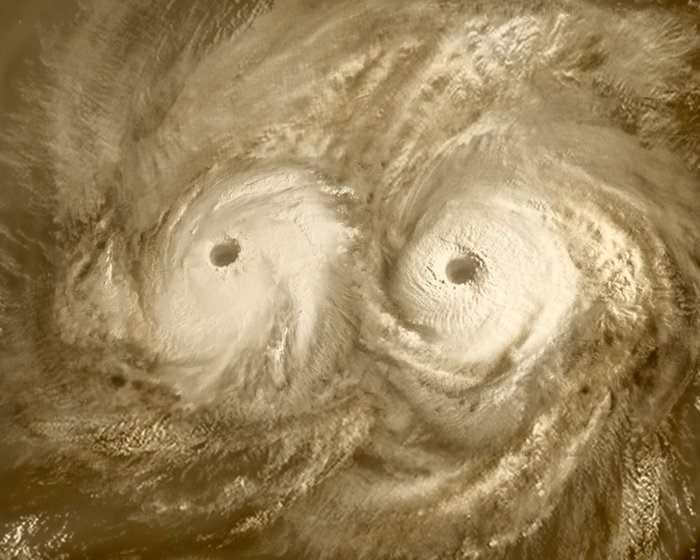 If you are planning an Earth planet with similar atmospheric density, similar size, and similar rotation time, then you shouldn't have to worry about this, but if you make any changes look at what we have seen in the Venusian and Martian atmospheres.

Not the answer you're looking for? Browse other questions tagged planets weather or ask your own question.

12
Centralised continent, with sea/wind currents?
6
What would the climate be like on an earth-like planet with only one convection cell per hemisphere?
8
How similar to earth could a planet which experiences a permanent day be?
7
What would weather/geographical conditions be like on a tidally locked moon?
9
Cauldron of Storms: Geography to create and isolate localized mega-storms
0
How to create an earth-like world that's largely desert?
4
What would pressure belts look like on a world with continuous land?
9
In a world where two enormous cities are built one on top of the other, what would weather be like in between?
30
How can glass marbles naturally occur in a desert?