In a scenario where scientists decipher a Math book of an alien culture, the last thing to expect is equations presented the way we know them.The way we write mathematical equations, is mostly taken for granted, as we know of one source. Early developments by the Arabs started with Algebra. The Renaissance in Europe was another hallmark in the evolution of equations, as new calculation methods were developed by Leibnitz, Newton, Euler, and so on until today.

In a parallel "world", the Chinese, Mayans, Aztecs and Incas have developed some type of technology, which may have required some advanced mathematics beyond arithmetic. They may have (or have not) developed some mathematical equations, which may have been written using different symbols, but not only that. All those equations may have their own writing system, as long as they were developed before first contact with the Europeans.

The string of characters is rather limited in the number of ways we can represent a single equation, and it does not matter what symbols different cultures used for each mathematical operation. That is not the point. The point is how different cultures write their version of typeset representation before the computer era? It may be an outdated representation from an old Earth culture, or alien origin. Whatever it is, it must have been independently developed and without the influence of European contact.

Just Make It Up.

Most of our mathematical symbols like Summation, Integration (another type of summation), epsilon, derive from the Greek alphabet, which had nothing to do with Europeans. And if you read translations of Plato or Archimedes, you may find diagrams (which would be common and similar amongst all languages) and words, in many cases they didn't use any symbols at all, just complex verbal arguments (later translated to symbols). Even our word "sum" is from Latin "summa", meaning "top", as the Romans summed a list of numbers from bottom to top, writing the answer at the top of the list.

In fact, if you look up the etymology of the equals sign "=", you will find it only dates to 1557; and was explicitly devised to replace the words "is equalle to", two equal length parallel lines "as nothing could be more equal". The word equal is derived from Latin, "æqualis", meaning "identical". See Equals Sign.

Likewise, the Integral symbol $\int$ was chosen by Leibniz to look like an "S" because he thought of the integral as an infinite sum of infinitesimal parts. But, if his language or alphabet were different, we'd just have some other symbol the represented the first letter or sound of his word "sum". The letter "S" itself was supposedly chosen to look like a snake, an earth animal.

Our current notations are not at all "sensible" or "logical", they are just like a language, completely arbitrary symbols derived from sounds we humans can make or graphology we use, to which WE have attached meanings. Just like words, what we call a "bird" in English is wildly different sounds in Spanish, German, Swedish, Chinese, etc. The English sound is arbitrary and only means something to an English speaker because we are taught the association.

So just make it up. Even the ordering of equations is arbitrary, as the Romans proved by adding from the bottom to the top, and other languages prove by writing from right to left, or bottom to top. The symbols themselves are derived from a hodge-podge of languages, usually chosen to remind people of a word that describes their operation.

Ancient cultures would write their math the way we wrote our math before computers: by hand. I remember seeing academic articles that were typed on a typewriter, but formulas were drawn by hand.

Understanding their math notation will be hard, but looking at plots should help (e.g. Pythagoras theorem or definition of derivative), or finding a math textbook.

Just to offer one of the stranger answers, consider the Quipu. These were knotted strings which could represent numbers. This kind of representation was very important for collecting taxes.

It would be trivial to add new knots to their repertoire. Indeed, they have a unique advantage that the knots themselves provide structure to the equation so there's no need for orders of operations, or subscripts or exponents. Everything is just "follow the ropes." 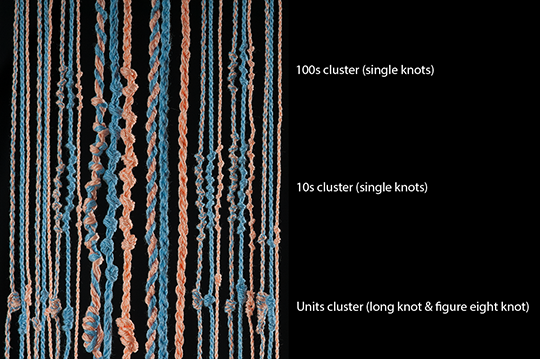 As an added bonus, integration, being related to repeated summation might happen to look like a Rodin coil. That ought to keep the conspiracy theorists in your world bubbling with excitement for decades! 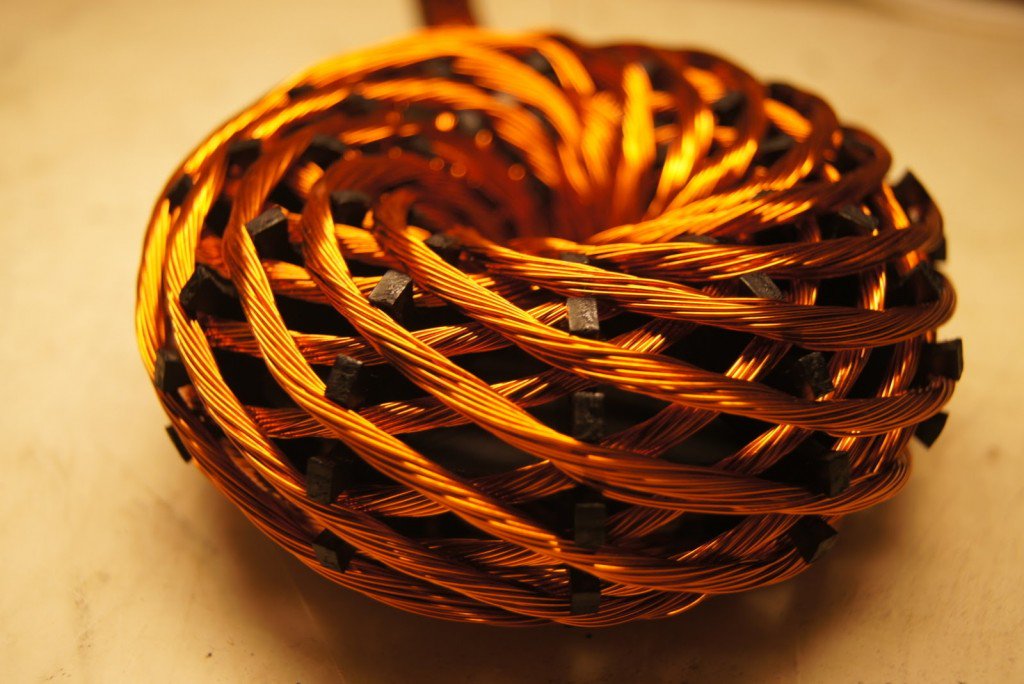 Not the answer you're looking for? Browse other questions tagged society aliens mathematics or ask your own question.

14
Ancient culture which has been visited by aliens
4
How would two alien races decipher each others language?
12
The Alien perspective - generating alien POV characters via twists on human psychology
5
If I had an alien race, how would they interpret our numerical characters as being numbers?
2
How do we communicate with (fairly) intelligent aliens?
1
Is it possible for an alien race to create an aurora?
10
What is the most efficient and safest way to communicate with an alien should first contact occur?
11
What kind of games could we send to aliens?
10
How plausible is a parasite that reverts hybrids back to a primal state of mind?
20
How would interstellar human cultures describe themselves long after Earth was lost?