What if animals evolved from fungi?

So in my book series, there is this planet called Axaca. However, it is very different from most of the galaxy in that its flora is almost completely fungal. Here are some things to know:

Now for the question I need your help with: what would the biology of the wildlife (including the 2 other sentient species) be like if everything evolved from plants and fungi instead of heterotrophic bacteria?

In a very real way, we already did evolve from fungi

Consider the phylogenetic tree below. This is the evolutionary relationships among the Opisthokonta, the group of organisms that includes animals and fungi. 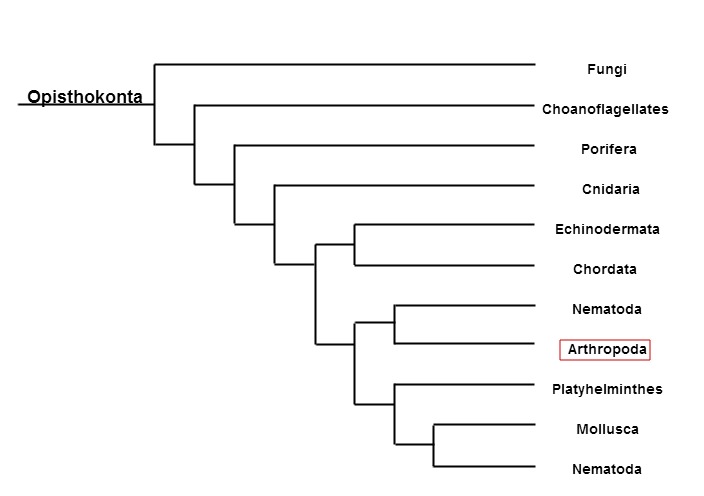 Note that fungi serve as the outgroup for the Opisthokonta. This means that fungi and animals already share a common ancestor, and both lineages diverged from that ancestor.

Now, the term "evolve from" is a weird one. Usually, this phrase is intended to mean that an organism (such as fungi) is serving as the root (last common ancestor) of a phylogenetic tree including the specified organism. For example, if animals were a clade within the fungi, then it's much easier to argue that animals "evolved from" fungi, just as the hominids' position within the Great Apes lineage makes it easy to argue that humans "evolved from" monkeys. In your case, the anthropomorphic Chupacabra would instead belong to one of the fungal lineages below: 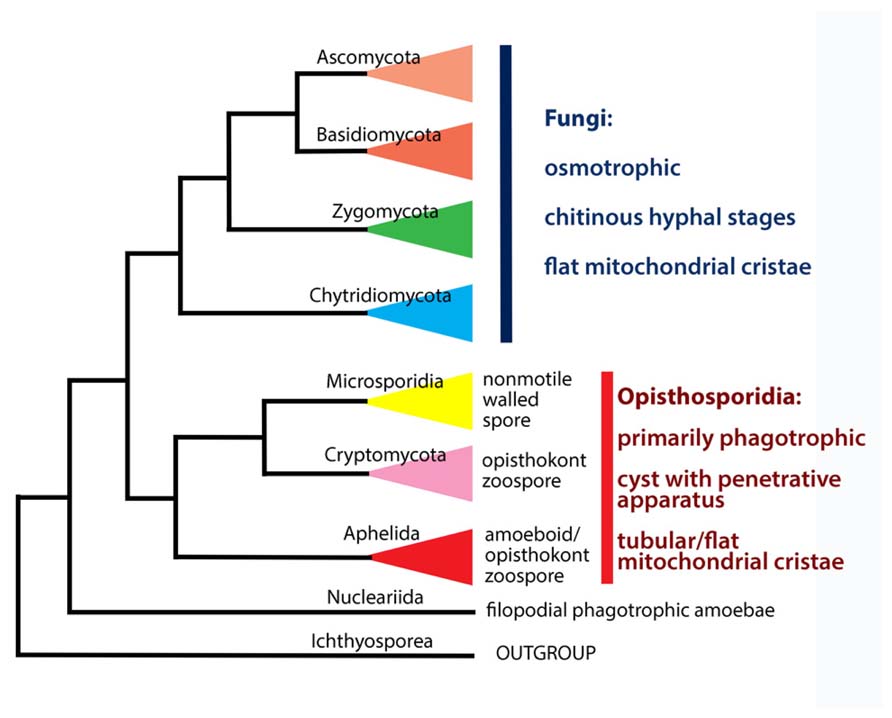 However, the relationships described here are not so different from the ones described above. Assuming that the last common ancestor of fungi is still quite similar to the last common ancestor of the opisthokonts, then both ancestors are some form of protozoa, which is what the Metazoa "evolved from" anyway. This article does a good job summarizing the emergence of fungi and animals from protistan ancestors.

Not the answer you're looking for? Browse other questions tagged fauna flora fungi .

19
How to make my Beast-Of-Burden work?
10
Where would my hexaped Beast-of-Burden fit into Linnaean taxonomy?
8
What sea-dweller did my hexaped Beast-of-Burdern evolve from?
19
How does gravity affect evolution of life?
15
Where do mushroom forests thrive?
10
What animals live in mushroom forests?
5
Preventing a Suggestibility Drug from taking over the Story?
9
Feasibility of Giant Fungi
3
What modifications are needed to have tree that can create hurricane/cyclone around it?
3
How much energy would be needed for a sentient plant species