A balloon that can float to space [closed]

Ask Question
Asked 1 year, 9 months ago
Active 4 months ago
Viewed 141 times
-1
$\begingroup$
Closed. This question needs to be more focused. It is not currently accepting answers.

I’ve heard there are materials that can withstand the image sort of the earth’s atmosphere, such as carbon nanotubes and Kevlar. Supposedly, a perfectly constructed bridge of such material could be used as a tether for a space elevator, although challenges exist in reliable construction.

To creatively navigate this issue, my protagonist is starting small – he wants to fly a balloon of such material filled with helium or some such floating gas up through the atmosphere, with a single thread of heat resistant material attached to it. 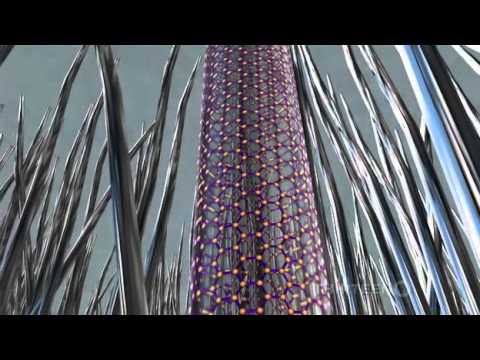 There's a small problem with your helium balloon; helium works as a lifting gas because it's lighter than air, but it's not lighter than space.

Ultimately, helium will rise into the sky to a point where the weight density of the helium is more or less in equilibrium with the surrounding air. I'll spare you the math; this works out to roughly 32km above sea level. By contrast, a geostationary orbit needs to be out at roughly 36,000 km above sea level to be stable. Ultimately, you get to less than 0.1% the height you need with helium because by the time you get to geostationary orbit height, there's no air around for the helium to be lighter than.

You might get a little higher by actually heating the helium, thus reducing its density further, but ultimately the best you're likely to do is get to the top of the atmosphere.

You could of course switch to hydrogen, which has 50% the density of helium and thus double the lifting power, but that still only gets you so far.

So, you could try heating the hydrogen, but I think we all know how that would work out.

In the end, you need to be surrounded by air to get lift from a gas that's lighter than air.

You probably want to stick with the method proposed in the article you linked in the comments (energy.gov/articles/space-based-solar-power) rather than building a space elevator if you want to generate power.

In terms of small scale experiments, you could use a weather balloon like device to lift something like a cube satellite up fairly high and use that to test the transmission of power from orbit to a ground station. This would let you do preliminary testing without the stricter requirements of proper spaceship launches and it would be much cheaper.

Assuming you wanted to scale this up, with larger satellites and still retain the balloon concept, you might be able to add some small rocket/fuel boosters to your satellite and launch it up higher into orbit which would give you a much longer amount of time before it would fall down.

In terms of a fully functional solar power system in space, your going to need to either construct a space elevator in full scale or stick with the cost of a 100 or more launches to assemble the system in space. There is no easy way for us to get things out of our atmosphere and TimBII's answer covers why balloons can't achieve it.

Not the answer you're looking for? Browse other questions tagged science-based physics space gravity materials or ask your own question.