How long would it take to be able to live in New York after a nuclear bomb?

If a 50 megaton nuke was dropped in Lower Manhattan, New York, how long would it take for people to be able to live there again?

The bomb detonated on the ground. My definition of live is to breathe comfortably, drink the nearby water with modern technology, and properly grow crops that are safe to eat.

Edit to note, the original question asked for the detonation of a 1000MT weapon, but did not specify the burst height.

The correct answer is "never".

Consider the effects of the Tsar Bomba, had the Soviets ever added the Uranium tamper and airburst it over NYC: a 100 Megaton detonation 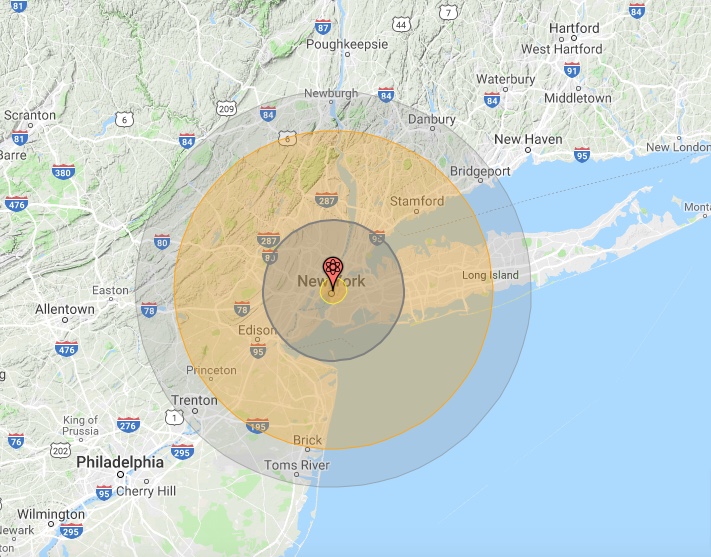 100 MT airburst over NYC from NUKEMAP

The airburst needs to be at least 5km above the surface to prevent the fireball from touching the ground, and the ring of collapsed buildings will reach almost to Philadelphia. The firestorm ignited by the thermal pulse will engulf the entire city and a great deal of New Jersey and Long Island.

This is calculated from the largest bomb ever built (the real Tsar Bomba used a lead tamper to moderate the yield to 50 MT). What you are asking for is a Gigaton level blast, which is now equal to the impact of a small asteroid. The fireball alone will likely touch the ground no matter how high in the atmosphere it is detonated, melting the ground and creating a massive radioactive fallout cloud. The areas of thermal and airblast damage are also correspondingly larger (Nukemap can only calculate up to 100MT).

Trying out an asteroid impact calculator (Earth Impact Effects Program), with a 1.3 km rock asteroid impacting at 17km/s, we get an impact energy of 5.46 x 1020 Joules = 1.30 x 105 MegaTons TNT, a crater diameter of 18km and a depth of 707m. This will create New York Lake, a popular tourist and diving site about 1000 years from now when the ambient temperature of the rock has dropped sufficiently. If a nuclear weapon dug out that crater, it will likely be radioactive and hostile to life for many thousands of years.

So, using Gigaton level weaponry, you effectively erase a site from the Earth for all time.

As an aside, the largest semi plausible weapon ever described is a 5 gigaton device designed as a thought experiment to take out the Western Siberian Missile fields in a matter of minutes from launch from the United States in order to prevent a Soviet launch. The weapon was so huge it was to be carried on an ORION nuclear pulse rocket. This implausible device was apparently a project of Anthony Zuppero in his early career. 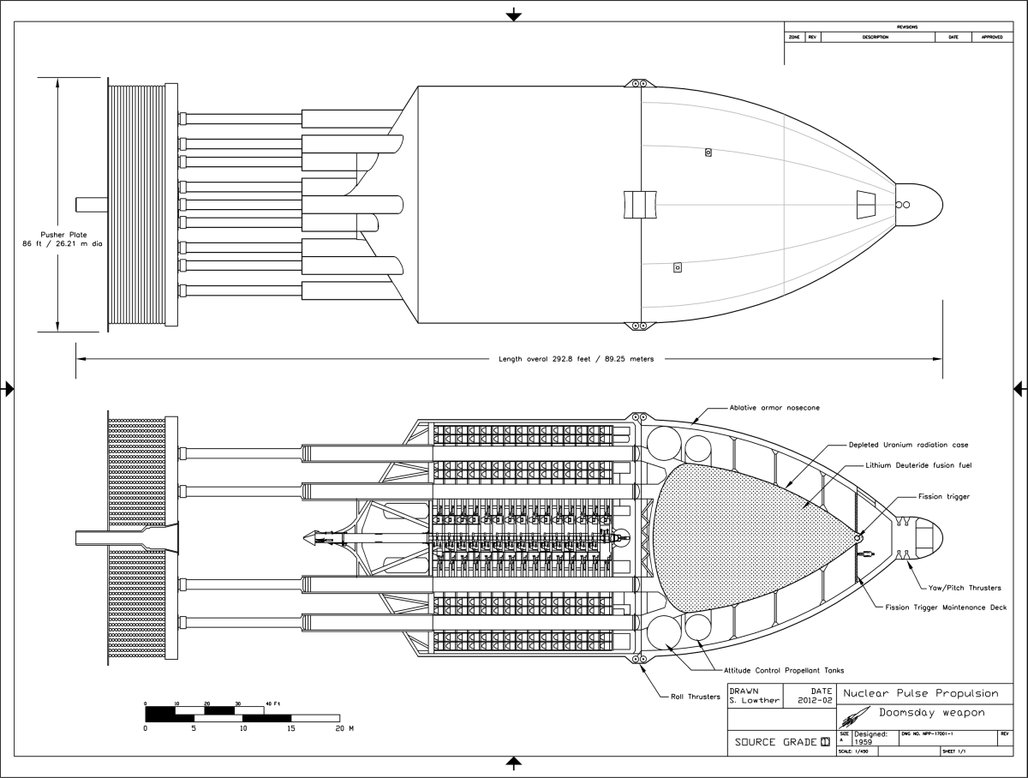 About 50 years for modern safety standards, 5-10 years if high mortality is acceptable.

Bikini Atoll can serve as a model for this estimate. Between 1946 and 1958 it was a test site for thermonuclear weapons with combined yield of 42.2 Mt (nearly all of it were surface detonations). By June 1968, radiation levels have substantially receded, however, a more detailed study revealed unsafe levels of strontium-90 and caesium-137. By that time, wildlife on the island had fully bounced back and there were no immediately visible effects.

A 2012 assessment had found that levels of caesium-137 had dropped considerably and the island could be resettled.

50 megaton detonation will create a crater, which will change topology of Manhattan, but other boroughs would not likely be affected. For comparison, Meteor Crater in Arizona is 1.186 kilometers wide and 170 meters deep. The estimate for its impact energy is 20 megatons. So, for 50 megatons we should get some 2-km wide lagoon in Lower Manhattan.

Not the answer you're looking for? Browse other questions tagged cities nuclear or ask your own question.

28
How long would it take for a forest ecosystem to overtake New York City?
4
How many people would survive the nuclear winter after a full-scale nuclear war, and where?
3
How would a human species evolved to survive high radiation take a new nuclear strike?
12
How long can New York City sustain the Snakebot of Doom's hunger for Iron and steel?
0
How would societies change after nuclear war?
2
How long would cities be recognizable after a nuclear war?
4
How would mountainous landscape look like after remodelling it with nuclear warheads?