So there was a nuclear apocalypse. It doesn't really matter why. Most people now, about a few decades or so later, are scavengers. They take pre-nukes things and use them for shelter and utilities.

This woman, we'll call her Jane, she decided to use all of these old vehicles as shelter. Only, Jane has the brilliant idea to hook them all up to a big truck in the front, get some fuel, and create a mobile community.

The question is, is this possible, and how much fuel would it take?

For reference, there are 6-14 vehicles in this lineup. The lineup is made of regular cars and minivans, modified to provide more living space. There is also a doubledecker van somewhere and a tow truck in the back. For the most part, the community is self-sustainable. They grow their own food, collect their own water, and make their own tools. The only thing they can't create is gas, which they scavenge.

EDIT: the cars all run on regular gasoline. no electric cars and no diesel

SECOND EDIT: the cars are (hopefully) all hooked up via ropes and whatever else they can get their hands on. the vehicle pulling them is rather strong, and the second car in the lineup helps out, so ideally we only need enough fuel for the 2 vehicles. the vehicles also use about 5-7 litres per kilometre.

Gasoline Has an Expiration Date

Gasoline lasts about 6 months, or at-least it DID. Now that we add ethanol to it gasoline only has an official storage life of about 90 days. Treatments can be added to extend this storage life, and obviously post apocalyptic survivors aren't going to be extremely picky, so that gasoline they are scavenging for ought to be good for all of about 6 to 12 months after the disaster (and that is assuming all the fuel they find was new on the day the bombs fell, which most of it probably wasn't.) What they are going to do for fuel after this is up to you, but assuming they build their mobile gasoline powered community on the day of the disaster any gasoline they found would be useless within a year. Diesel has a slightly longer shelf life, but again, even accounting for fuel treatments and using using bad diesel that might only buy them about 18 months.

I'm gonna turn into Hank Hill here and tell you that modifying vehicles to run off of propane makes a lot more sense. If a disaster so bad nobody can manufacture fuel happens then you have about 6 months to a year to scavenge increasingly bad gasoline or diesel before that is no longer an available option. Propane virtually can't go bad. I have no idea how much propane a modified car would burn. Propane is slightly more viable than gasoline because it doesn't spoil, but that doesn't mean it doesn't have an expiration date either. Propane doesn't spoil, but it does slowly leak out of the valves on tanks over time. I don't know exactly how long this would take but eventually even the propane would disappear all on it's own, probably within a few years.

Where Are They Growing This Food?

The general standard for non-industrialized agriculture is that under ideal conditions it takes a minimum of 1 acre of land per person you want to feed. Ideal conditions and minimum are the key words here. Pests, poor weather, crop selection, and fertilization method all are variables to worry about. I'm saying that 1.5 to 2 acres is about mandatory, since ideal conditions don't really exist very often, the issue is that since they do not have industrialized farming anymore 1.5 to 2 acres of land is about as much as a person is even capable of working on their own.

But... If they are mobile how are they farming? If they have farms why are they mobile? You cannot have your cake and eat it too. Nomadic scavengers are not going to remain that way if they start farming because farming is a full time 12 hour a day 7 days a week job just to not starve. The moment they start planting a crop they have just committed to a long term period of sedentary non-nomadic living. If a farmer runs off to go play mad-max he will return to find his fields fallow. The closest thing to nomadic farming is what we see amazonian tribes doing. They live months or years in one place until the soil is exhausted then move a little ways over onto a new plot and start over again.

How much fuel they use is dependent an enormous number of details. For example, the mere need to go up a grade will have a substantial effect on your fuel consumption. The quality of your axels will matter a great deal as well. A custom-designed 16 trailer road-train might do well when a bunch of cobbled together minivans wont. Also, the speed you choose will matter. It will be much more efficient to go slow.

Fortunately, I think you can sidestep some of these fuel issues with wood gas. You can use the gases from wood to power an internal combustion engine. Wood gassifiers fell out of popularity, but they are still functional, and they work in a post-apocalyptic environment.

And if you're going to pull that many cars behind you, I say you should do it in style: 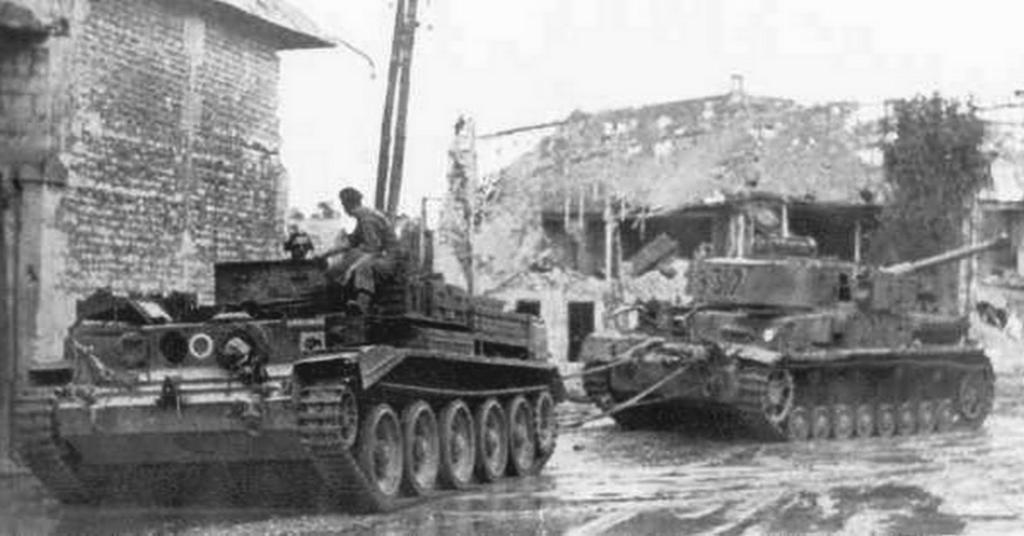 Treads will provide much-needed traction on questionable terrains. You'll note that all the road trains you see are in flat areas!

Road trains can travel up to 100 mph and have extra shielding for road debris same as the plow on a train. They can pull spare semi-trucks for back up and broke down to singles on smaller roads. Scouts would lead ahead of the convoy for any problem while the rest of the convoy would be far enough time to stop and prepare. Food like potatoes, peanuts, carrots etc can be harvested from fields left behind from farms while traveling and scavenging. 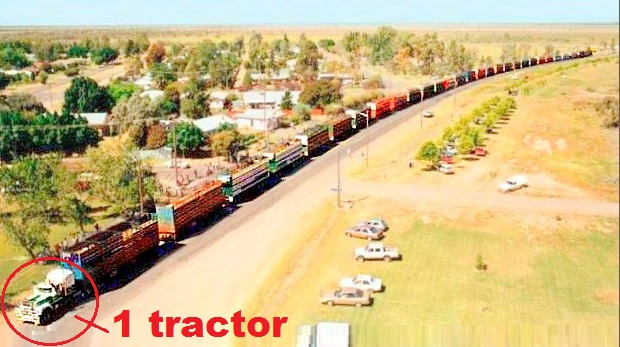 33
Best places to be on Earth when an all out nuclear World War III breaks out?
27
Could people in a post-apocalyptic setting work around the fact that fuel expires?
10
Size of family-owned medieval farm?

5
Unified post apocalypse currency between multiple others
18
How long can I keep my truck oiled after the Apocalypse?
3
Scavenging metal resources in post-apocalypse after 100 years
6
Horses vs. Bicycles in a soft post-apocalypse
16
How to make vehicular combat viable in a Post Apocalyptic world?
5
Post-Apocalypse EV Effectiveness
4
What is the best-case-scenario for farming in the post-apocalypse?
2
Could someone survive the post impact earth if they go out of the shelter after a few months?
7
An RV that can survive a Nuclear Bomb. Basically a mobile fallout shelter