Having looked at some of the questions regarding creatures with more than four limbs, I've found some useful info, like the idea that additional limbs increase stability while requiring more brain power to coordinate. This helps me imagine how a fictional group of hexapodal animals could evolve.

However, I'm having trouble picturing what the basic structure of a vertebrate with additional limbs would look like. I'm not talking about specifics like a dragon's wings or centaur's hooves. I mean basic things - assume we're taking about a common hexapodal-vertebrate ancestor here, not the ins and outs of specific mythological creatures here.

I know tetrapodal vertebrates have a pelvis and shoulder blades, which function differently because the forelimbs and hind limbs serve different purposes and take different amounts of impact. So I assume hexapods would have similar features... But with three sets of limbs instead of two I'm not sure what changes. Are the middle limbs attached to a pelvis, to shoulder joints, or to something else entirely? Where would the ribs go in relation? I'm sure there would be other things needed that I'm not thinking of because I'm not overly familiar with anatomy to begin with (and please forgive any errors because of that).

You would really have to rewind the tape of evolution in order to do this properly.

All Earthly animals are bilaterally symmetric and have 4 limbs because they are descended from fish. Fish are bilaterally symmetric and have 4 fins because that is hydrodynamic (indeed, we know this is the "ideal" shape because sharks, ichthyosaurs and whales have all independently evolved much the same shape, despite being from different branches of the tree fo life, and in the case of ichthyosaurs and whales, returned to fully aquatic life from a land based ancestor.

So you would have to go even farther back in time, perhaps to the Cambrian Explosion 500 million years ago, and preferentially select the "base" animal as something which does not start out like that. The Burgess Shales tell us that early animals had all kinds of bizarre and wonderful layouts, as almost any kind of combination that was possible was being tried out. Many creatures in the Burgess Shales have no obvious connection to current life forms, essentially because they eventually died out. 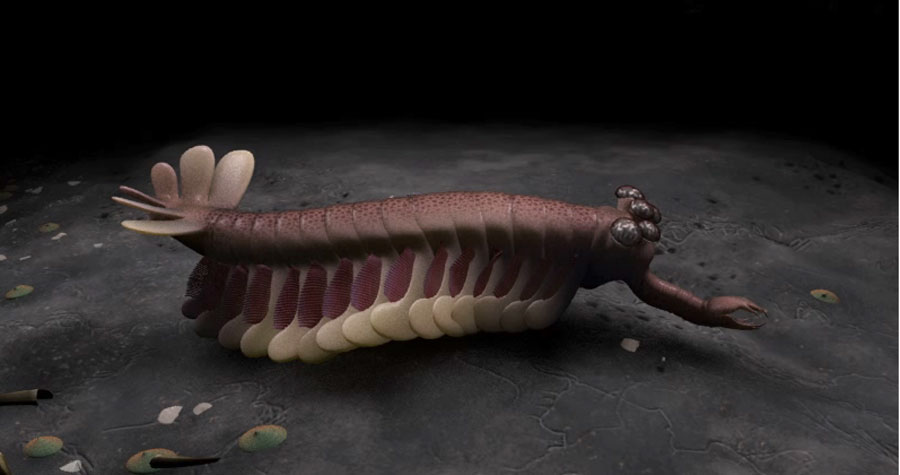 Opabinia, one of the more unusual creatures from the Burgess Shales

For your answer, we will need to assume that at some point a six limbed creature evolved from one of the Chordate family, and it was successful enough to thrive in the environment, and its descendants ultimately inherited the Earth. It would likely have pairs of limbs equally spaced along the body, in order to prevent mutual interference. Early versions would be much like fish or sharks, and not have strongly defined structures to attach the fins to the spines. As they evolved towards land dwelling, they would also evolve more defined structures to transmit mechanical loads to the spine and attach muscles. A likely development might be for two sets of "shoulder" girdles to develop for the front two sets of limbs, as flexible limbs for grasping or controlling difficult manoeuvres in the water for hunting or evasion would be advantageous. A bottom dwelling and "walking" creature might develop three sets of hip like structures instead. 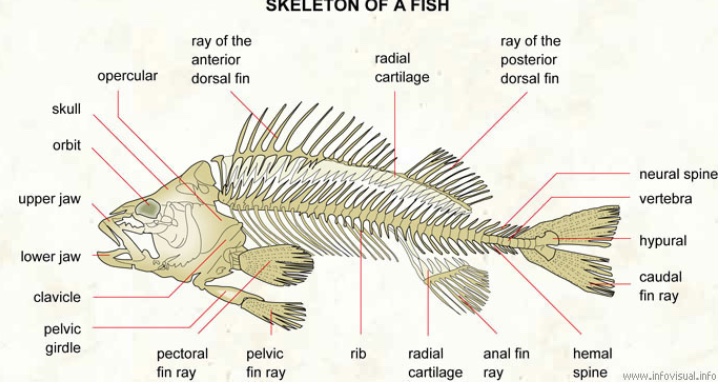 It all starts here

The key is that evolution will change and adapt already existing structures in order to provide the best possible chance to exploit a niche and survive. Who would think creatures as diverse as a giraffe, flying squirrel or anteater all come from a common ancestor? You will also find examples of convergent evolution when creatures exploit similar niches. A Greyhound and Cheetah actually have similar limb structures and articulation of the spine, because they are evolved to do explosiive sprints, despite one being a dog and another a cat.

In my reply to this question of Anatomically correct multiarmed humanoids I suggested the following:

A similar arrangement of limbs on a mammalian/endoskeletal frame would likely entail the sternum bifurcating and descending to replace the costal margin (and secondary scapulae over the false ribs). This would require significant changes to the respiratory system as the lower ribcage and upper abdomen wouldn't be as flexible; diaphragm-based breathing might not even be possible without further changes to the ribcage.

So without diverging too much from the established tetrapod model (though not its evolutionary history; this would be a significant and unlikely deviation) of vertebrate life on Earth, you might reimagine the sternum as an anchorage for an additional pair of anterior limbs. The larger and more robust these limbs are, the more rigid the rib cage supporting the sternum would need to be.

34
Anatomically correct multiarmed humanoids
7
How/why could dragons develop six limbs?
5
Is a four-winged bird with two wingpairs atop of each other feasible?

20
Anatomically Correct: 4-legged sapient creatures (“centaurs” etc.)
16
What would a Collective Consciousness look like?
7
Help me Explain this Alien's Traits
4
What would it look like to build a human?
11
Vertebrate-like creatures with more than four limbs
11
Could a hexapodal bat actually fly?
7
What would the changes necessary for powered flight using rib-derived "wings" look like?
8
What Would a Reptile with Facial Muscles look like?
4
Adapting Chompers For Land and Sea
4
How arthropods could evolve a placoderm-like skeleton (semi-exoskeleton)?