How would the skin color of white Europeans change over 1,000 years in subtropics?

I am building a country in today’s Argentina (32°-40° latitude) where Europeans would have settled in 10th century. Would their skin color change over that period?

Human skin colour of indigenous populations correlate with geographic ultraviolet radiation. Paraphrasing the linked article - research suggests this has happened in the last 50,000 years, sometimes in as little as 2,500 years where natural selection encourages this. So it might be expected that after 40% of the minimum time period there may be a perceptible change.

However, natural selection may not play as big a role in this situation if the clothing of the Europeans provides enough sun protection to reduce the survival relevance of skin pigmentation. Look at the British in colonial India. The combination of circumstances for this case may make the pigmentation change take 5,000 years, or 10,000 years, so the change after a mere 1000 years may be negligible.

More importantly, it was implied in the question that the Europeans were a discrete population. In practice, if there are indigenous populations in the area there is likely to be interbreeding between them over a thousand year time period. This mingling of genes would result in a far greater change in skin tone than evolutionary pressures over the same time period. On the flipside, if the colony maintains trade and immigration / emigration to and from its European point of origin then the rate of change would be slowed significantly.

(Note that unless a lot of Europeans are in the colony, such interbreeding is essential for sufficient genetic diversity. Lots of other questions have explored the "minimum colony size" issues so no need to replay them here, just note colony size as a viability consideration.)

Europoid peoples actually do live in the subtropics. They always did

There are lots and lots of Europoid (that is, for Americans, "Caucasian") people who live in the subtropics. Berbers, Arabs, Touaregs, Egyptians... They look like this: 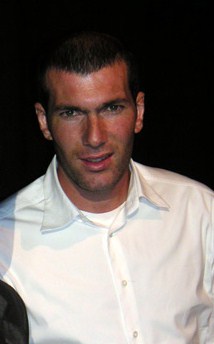 The skin tone of Europoid people ranges from very light in Scandinavia to quite dark in Egypt and India. To the extent that human race has any biological meaning, Egyptians, Arabs and Persians are clearly the same race as Norwegians; they have the same skeletal and muscular structure, the same blood groups, the same kind of hair, suffer from the same diseases and react in the same way to medications.

There is very very little physical difference between Greeks, Spaniards and Italians on one hand, and Berbers, Arabs and Persians on the other. So it is quite obvious that by "Europeans" the question does not mean southern Europeans.

For those whose skin tans when exposed to sunlight (most Englishmen, Frenchmen, Germans, about all central Europeans) they will change color in a matter of weeks. Fun factoid: in ancient Egyptian paintings it was conventional to depict women with a much lighter tone than men. Guess why.

The priest Amenemhet and his wife Hemet. Ancient Egyptian fresco, around 1800 or 1900 BCE. Note the difference in skin tone between the man and the woman. Reproduction from Wikipedia, public domain.

One thousand years is a very long time to maintain ethnic purity; so long that it's guaranteed not to happen. All the people of European descent are related if we go back to our ancestors in the 10th century. We are all descendants of emperor Charlemagne; and we are all equally descendants of emperor Charlemagnes valet. In one thousand years the population will be thourougly admixed with the original inhabitants of the place.

More importantly, as long as he passes on his DNA (and providing for the mothers of his children, so that his children survive until adulthood so that they can repeat the cycle) before dying of skin cancer, there's no evolutionary pressure for darker skinned people. 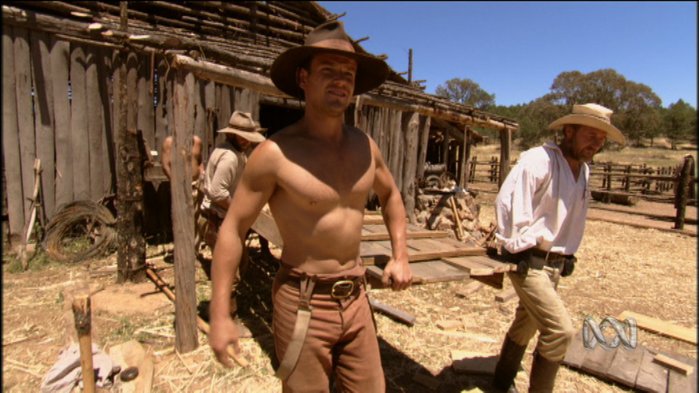 Boers in South Africa are some of the whitest people on earth because their ancestors came from northern Europe. They've been in South Africa for 400 years with no sign of being darker than the people they descended from. People with mixed ancestry aside.

There are pale skinned redheads in hot arid parts of the Middle East. Descendants of ancient populations or at least medieval ones so again several hundred years and still their original colour minus mixing with other groups.

If pigmentation is due to the environment then it was established long before clothes were the norm and clothes were being worn 6000 years ago at least.

White skin is caused by a mutated gene that happened about 30,000 years ago in Africa but was inhibited by other genes until about 6,000 years ago in Europe. It was followed by the extinction of all darker people in Europe probably by war, murder and cannibalization. The gene for pale skin, a " pale skin gene” called SLC24A5 will not go away, so white skin will not turn dark over time. Humans were originally dark skinned, not pale, after diverging from other apes and hominids and losing their sun protecting pelts. Apes and monkeys have pale skin under their pelt. I suppose that after thousands of years the SLC24A5 gene could be suppressed through another mutation and evolutionary pressure (war, murder, or cannibalization) could eradicate all pale skinned descendants.

If you're talking about the actual Argentina, and not just using it as an example for the climate you're looking for, I think it hardly matters what nature would have done.

Argentina is currently populated mostly by Caucasian people, which wouldn't make sense given the skin color of the native inhabitants of South America as a whole and the territory currently called Argentina in particular. The real reason is that non-European people were slowly eradicated in several wars like President Roca's Conquest of the Desert (Conquista del Desierto in Spanish) and the war with Paraguay, or they were systematically marginalized by their skin color and/or native origin.

Given how real history turned out, I believe that a colonization war lasting from the X century to the beginning of the XIX century* would result in an even more extended and thorough culling of non-Caucasian or non-European people than what we can see today.

*Moving the colonization of the New Continent from the XV century to the X century would probably not change the independence date by much, or at least it shouldn't make it happen any sooner, considering that Argentina's independence was part of the independence movement triggered in the whole continent by the fall of the Bastille.

Not the answer you're looking for? Browse other questions tagged science-based humans health .

1
How would a realistic mind/Identity change be experienced over one week?
15
What is the appropriate pigmentation for a stealthy, nocturnal race?
4
Can a small island realistically have all these environments?
3
What Kind of Pigment Would Allow Basic Photosynthesis and Give the Skin a Blue Color
5
Is There Any Possible Way A Semi-Tropical Island Could Exist South of New Zealand?
1
How would skin tone change with distance to the Sun?
5
Picking skin/fur/scale/feather colors in the light of a white sun (F-star)