So, I've been designing an alien species, actually a redesign of something from childhood. However, I've recently come into an issue with its limbs.

The creature possesses two arms. The right arm is roughly humanoid, ending in a prehensile hand. Currently, there are eight digits, although this may be subject to change. However, the left arm ends in a hand that has been modified into a weapon. Currently, four digits have been adapted into spikes, similar to Iguanodon, and the remaining four have modified into a thickened, blunt structure, leaving the entire hand to somewhat resemble a spiked mace.

However, this is where I've run into a roadblock. This is a naturally evolved creature, but I'm struggling to figure not only the circumstances for this adaptation but also if this level of asymmetry is really realistic.

EDIT - A few additional points to help clarify things. The species is sapient and civilization-faring. The eight digits are an attempt to get around the dexterity problem of only one functional hand, essentially putting two hands on one arm. Secondly, both genders possess this feature. Part of me is thinking to just go the Hellboy route. 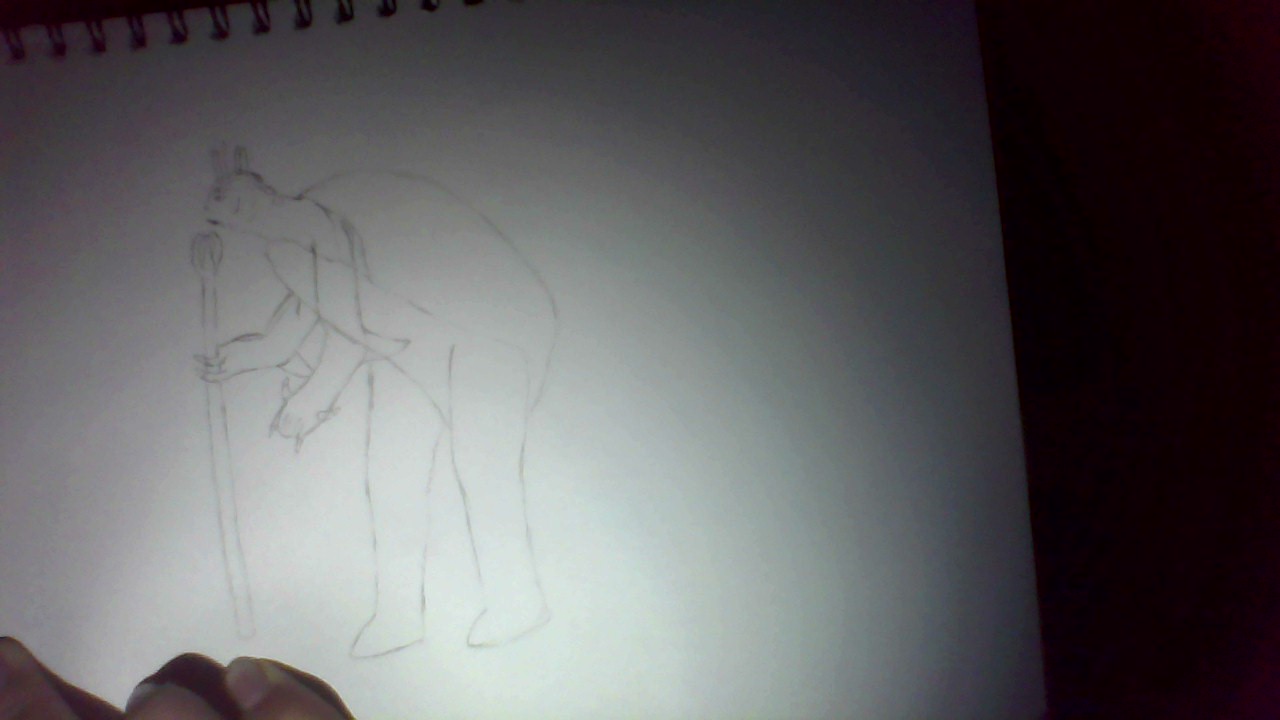 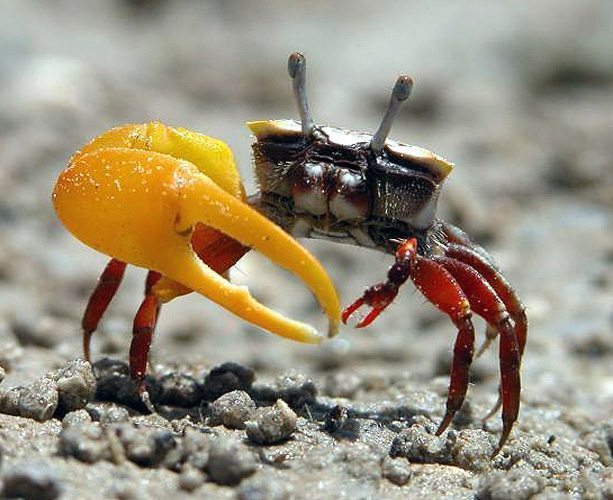 It seems to me that a creature with prehensile limbs probably uses tools, and so it does not make sense functionally for a tool user to have a limb differentiated into a tool. It could pick up a spiked club with both hands like humans do.

A fiddler crab would probably do better with 2 little claws. It cannot feed itself with that stupidly large claw. But it evolved that way because the ladies like it. There are many other examples of male phenotypes which seem burdensome or less than useful, but exist because they are attractive to the opposite sex. Maybe because a male able to tote around such a useless appendage must be vigorous?

Crabs also use the big claws for conspecific combat (read: showing off / intimidating competitor males). That could also be a use of the club hands - which also boils down to sexual selection.

One other way to do this is to look at the classic SF novel: "The Mote in God's Eye", where an intelligent alien species has evolved both asymmetry in their limbs, but also a biological caste system where various sub species exist to carry out specialist tasks.

The "Moties" were descended from a six limbs species, but due to high levels of radiation a mutation was passed down which caused the limbs on one side to fuse into a much larger and stronger arm, with the resulting Moties having five limbs. The "Warrior" caste is even more extreme, with all the appendages having sharp claws, spikes on the joints and even the doubled arm being somewhat devolved, with a sharp "claw" like cutting limb tucked under the "armpit" when not extended for fighting. 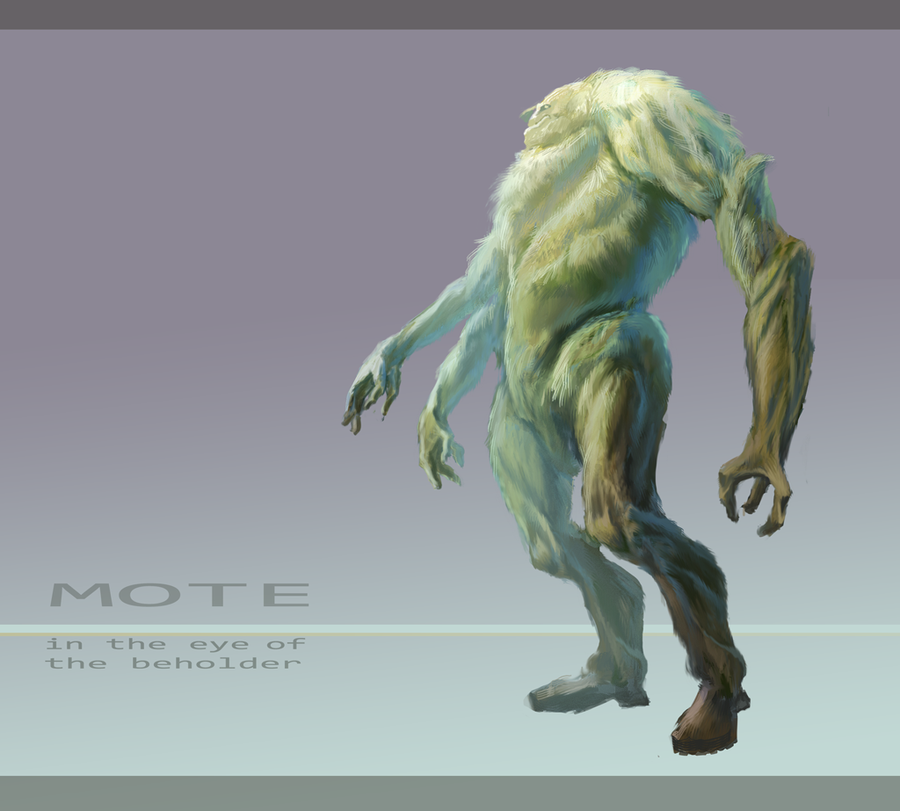 Rendering of a Motie https://www.deviantart.com/yoggurt/art/White-brown-motie-220557951

The real issue here isn't that something like this isn't possible, but rather to create a clear backstory as to why your creature evolved to look the way you intend. Sexual selection is one possible way, or living in some sort of very dangerous environment where requiring a smashing weapon attached to your arm is advantageous (perhaps the other use is to smash open a coconut sized husk to extract food). Frankly, the level of specialization seems a bit much, since an actual hand on each limb would be far more useful for survival. An asymmetric arm ending in a giant fist, analogous to a Fiddler crab seems to be a more realistic evolutionary adaptation, and the extra large hand will also be far more useful to the creature. Perhaps in addition to the obvious sign of virility, the large hand also assists in both hunting and gathering, or building giant sized structures to attract mates much like the Bower bird 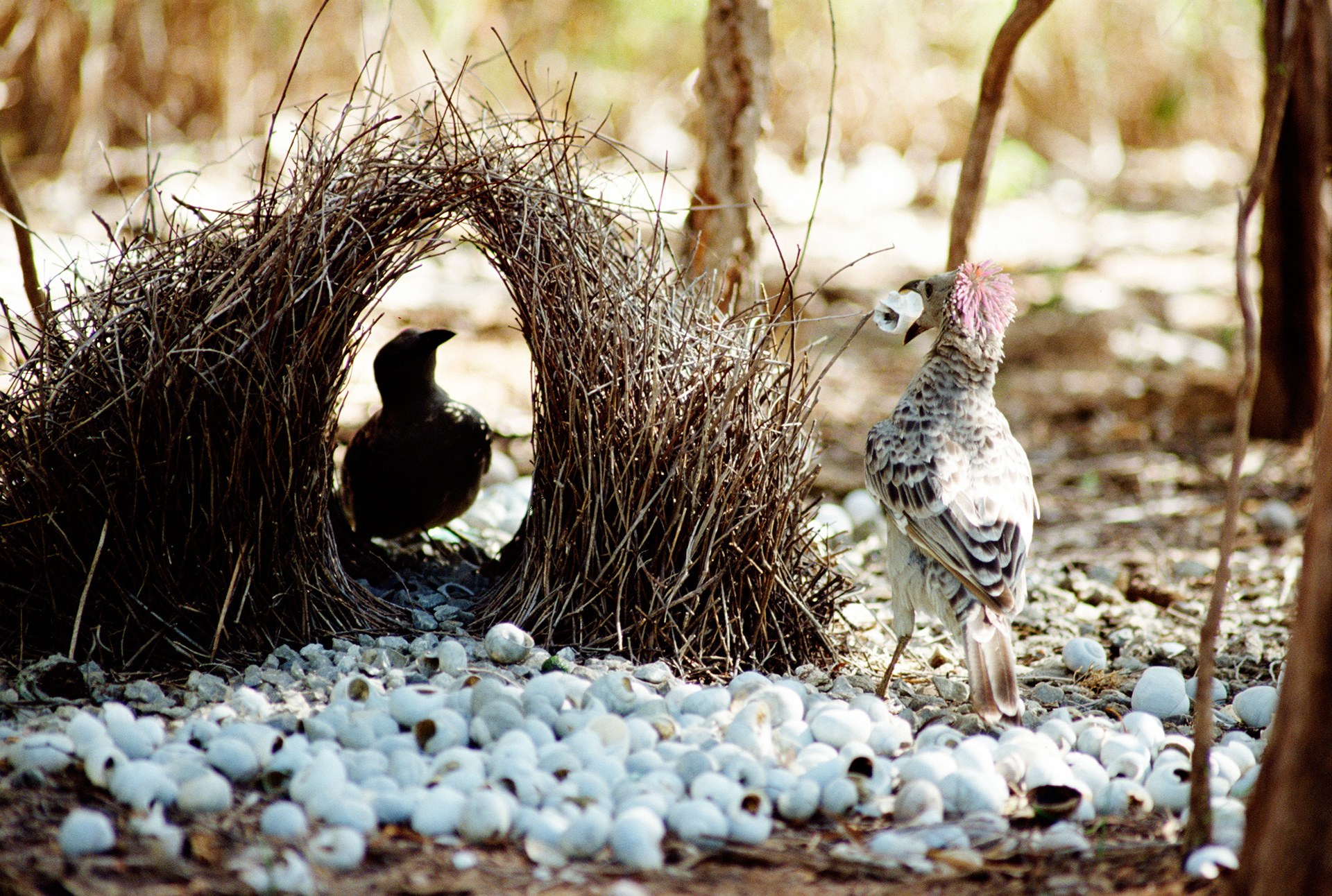 Male Bower bird inside his courtyard

Evolution works in wonderful ways, repurposing existing structures to squeeze the most out of the environments your creature is living in. Have some fun thinking about your back story.

Its like a fiddler crab, where one side is for fighting and display and the other side is for sexual competition. Anyways I'm going to say it's fine so long as there's a clear evolutionary path.

Not the answer you're looking for? Browse other questions tagged biology creature-design evolution anatomy .

3
The Two Types of Angels
5
Anatomically Correct Huddle
8
Overcoming the issues with attaching an esophagus to a ventral spine/support structure [Gross warning]
12
Would a humanoid insect species even lift?
18
Would there be any major disadvantages for a species to have six legs instead of four?
5
Digestive System Within Limbs
7
What practical forms can a "branch-tailed" organism have?
5
How a snail like creature works and retracts into its shell
4
Naga evolution based on varanids
3
How well would this hand work as a hand?