What oil-derived products would the world miss the most? [closed]

I’ve seen many things online about what the world would be like without oil as an energy source for transportation and electricity.

However, it seems like a lot of things are oil-derived. Plastics, styrofoam, artificial flavors, and a ton of other petrochemicals.

Even if an alternate source of energy was found for fuel, what effect would the lack of petrochemicals and oil-derived products have on manufacturing and day-to-day life?

For a specific setting and application, consider an alternate version of our world where global leaders have been hiding the fact that all oil reserves world-wide will be dry within 5 years. They are scrambling furiously to replace oil as an energy source, but one senior technician has been tasked with the following:

Which petroleum-derived products are most important for the government to replace to preserve the functioning of civilization as we know it?

Medicine, most of our drugs are either made of petrochemicals or refined in petrochemical resins. So a dramatic upswing in the cost of drugs if not the outright end of some of them.

Although as a side note the end of asphalt would be a big impact.

Plastic carboys (EDIT: that's the college word for "office water jug") with moulded handles and reusable lids! (Anyone over age 40 -- especially women -- should remember how heavy the glass ones were, and how easy it was to spill water when replacing it in a water cooler...) 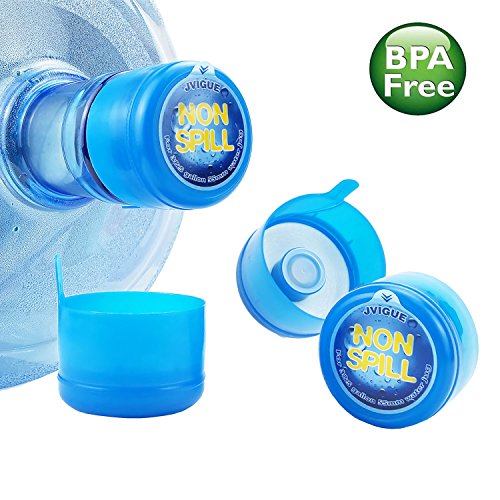 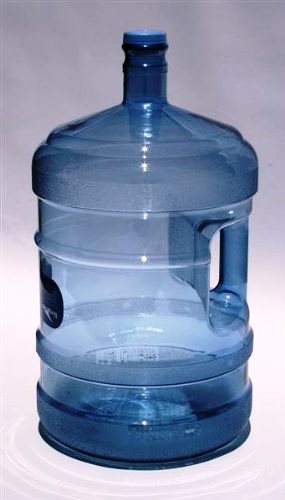 You think this is a trivial answer, but plastics are everywhere now, and life is a lot easier because of them. This is just one example.

In the days prior to industrialized farming it took about 1 acre of land per person being intensively worked constantly to produce a sustenance level yield. This is actually why families used to be huge (and still are in the developing world.) There is no way without petro-chemical based pesticides, herbicides, and fertilizers that we could ever support our current population. Prior to the use of herbicides one could expect to lose from 1/4th to 1/3rd of the crop before harvest just due to pests and weeds, and then could then very easily lose that again following the harvest due to further pilferage of the stores from pests. So on a good year with a bumper crop you are losing up to half of your yield before you can even eat or sell it.

Follow this with industrial equipment for farming. The introduction of even the first rudimentary steam tractors explosively improved yield because now one person could easily till, plant, and harvest up to 100 acres each. Add in even the early fertilizers, pesticides, and herbicides and suddenly one family is easily producing enough food for 1,000 people on only a few hundred acres. People really have no idea how truly revolutionary industrialization was for farming. Prior to the advent of petro-chemicals particularly famines were pretty much unavoidable cyclical events.

I'm sure various energy solutions could replace the diesel driven tractors, but in the event of a true and sudden petro-crisis our agriculture output would plummet due to not having these chemicals available. Until a suitable alternative could be found (which can take years since chemistry is a bit different than just redesigning tractors to run off of electric) you would see famines on a biblical scale. Whats worse, thanks to the unrest and economic events that typically surround famines, it could easily become self-sustaining since the social disruption could delay or halt altogether the development of new petro-alternative agri-chemicals.

As we sit present arable and productive farmland only makes up about 1% of available land. A very very large amount of the land we use for farming was not suitable for farming until petro-chemicals came into use. So we wouldn't just have lower yields and more crop loss without agri-chemicals, we would have less useful land as well. Famine would set in almost immediately.

So now that everyone is hungry they start getting sick, in addition to weakened immune systems from malnutrition, you have the medicine shortages mentioned earlier. In addition to this we now need about an acre per person to produce food and we are losing a lot of that too, so wars over arable land would become commonplace. Societies would begin desperately trying to support as many of their starving masses as possible. Developing new alternatives to petroleum based agri-chemicals could take a decade plus the time to distribute and implement them. But your people are hungry NOW, and when humans get hungry and desperate they tend to fight. Since we live in organized societies this usually means large scale wars. You could easily see a "vicious cycle" develop where remaining resources that could be allocated for research get gobbled up by the military instead. If the good land is being fought over its not being used for growing things, so more people die, the military needs to seize more land, gobbling up more resources etc etc. It wouldn't take too many rounds of this cycle to kill off enough of the population and burn off enough resources that an actually effective response becomes impossible.

In the event of a sudden loss of petroleum based agri-chemicals you would be too hungry to notice not having cheap plastics. This means food is the first and most important material you would lose access to.

Well I seem to recall this cropping up somewhere before? Long and short of it at the time (1999?) was that ancient oil is more stable. Which makes sense, something that old should broken down what could break down. So if you want something long-lasting you can't use plant-derived products. That's why plant-based plastics are considered biodegradable.

Getting up to current date:

On the other hand, advancements in technology aside, that doesn't necessarily preclude one from using synthetics or variations on chemistry that just used other common chemicals. There may even be chemistry to toughen biodegradable products (like vulcanization). The fact that we haven't already done so (hand-waving a ton of stuff here, including controlling interest over such techs, although you could consider that part of the "cost" of oil), would seem to indicate that, at least to today's economy, doing so is not cost-effective. A heightened cost either drives sales up with exclusivity bias (think Branding) or tanks sales by the fact that it just isn't something you can buy willy-nilly.

One example that's interesting to think about is abrasion-proof plastics. These thermoplastics can't melt or scratch. They'll completely break down before that happens. I don't know if these are made using petrochemicals as a base. But if they are, I doubt you could approximate this without a massive jump in current chemistry. On the other hand, if they're "fully synthetic" then petro was never really a competitor to begin with as far as advanced plastics. You're then just looking at the mass-production consumer sector at that point. Which changes the question a bit: "How many consumables are petro-derived that don't have natural replacements?", and I think that list may be rather short. Too short for me to come up with even a single example at the moment. Maybe clothing dye? For synthetic fibers? I'm sure natural dye will work well for other fibers...maybe even for synthetic? I don't really know.

TL;DR Those products would still exist, if advanced technology had a need for them. They probably wouldn't last as long. They most likely would be more expensive. Due to cost they would probably be less plentiful and be replaced with other materials. All of this assuming the best-of-the-best is even still using petrochemicals.

This avoids the political problems of:

Not the answer you're looking for? Browse other questions tagged science-based manufacturing or ask your own question.

3
Oil drilling in the Cretaceous possible?
3
What would the industrial age be like without oil and coal?
29
What warning labels could you see on products to be used in space?
3
What Planetary resources would be most valuable for a Space Exploration world?
16
What would produce the most uneven but earthlike planetary surface?
4
The Rocky Side of the World Without Oil
41
How many people are necessary to maintain modern civilisation?
5
What feature could divide the world in two halves and what would be the climate implications?