Strategy to capture a TRex alive?

For context : A squad hunters has been assigned to capture a Tyrannosaurus Rex for the grand opening of a new amazing zoo. They will be sent to a location in Montana 66 million years ago using a time warp (one-way, and opened for 1 hour) and will have about 1 month to find and capture an adult T. Rex before the time warp re-opens. They have limited funds (most of the money goes in the opening of the time warp) so the cheaper solution, the better.

To be clear, my question is about the strategy involved in capturing a T. Rex alive and is NOT about imagining the plot of the capture of the T. Rex by the hunters.

You need to work on the "limited funds" bit. The T-rex capture in 2nd Jurassic Park movie (Lost World, 1997) is entirely plausible, and would cost less than $10M. If that is sizable comparable to cost of time travel, then time travel is cheap enough for tens if not hundreds of countries and billionaires to do it. So you need an explanation. Maybe time-travel organization is almost bankrupt, and T-rex is a last-resort PR stunt. Maybe your dino hunters do not have full support of the organization. Or maybe warp is a natural phenomenon that nobody but your protagonists know of believe.

Here is a realistic plan

With movie-style luck and disregard for safety, a few skilled few people and an SUV-full of mildly expensive gear should handle it.

In practice, they will have a few logistical problems:

Here is a hollywood-style underdog version:

PS Back to reality. Oxygen level was different back then. Old view is that there was more oxygen, so people will suffer from Oxygen Poisoning, and TRex will be out of breath in modern times. New results say it's the other way around: https://www.sciencedaily.com/releases/2013/11/131118081043.htm

The cheapest way is to sell the rights to the hunt. Sure you're capturing it alive but what mega rich trophy hunter wouldn't sell their soul for a chance to bag the world's first T-Rex?

He'd outfit himself with the gun's (tranc of course) and the locator drones plus armoured mobile accommodation. He'd foot the whole bill for the operation.

Ideally you'd use small drones to locate and follow possible candidates. At the point where the warp will open again, you'd bag your prey and transport via large transport drones back to the pick up location. Depending on how far away the T-Rex was, it might only be trancced for a couple of hours.

If your goal is to accomplish this with the smallest possible pricetag, you need:

Fortunately, the last point works in our favor. We could not afford his fee anyways. 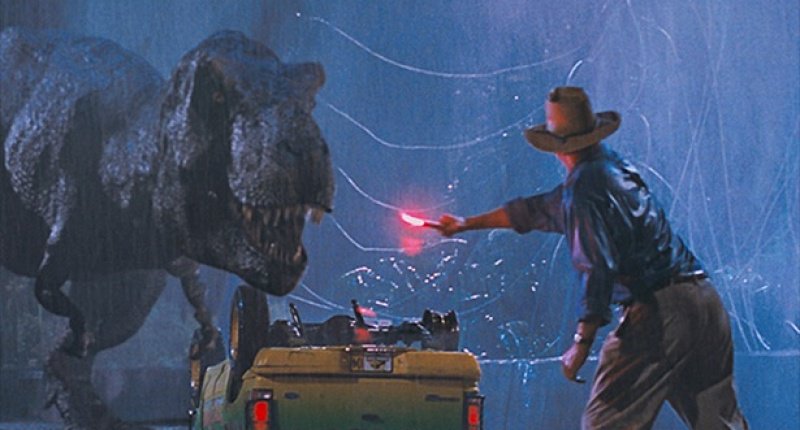 Disclaimer: This plan may cut a few corners in the name of cost savings. Remember, The Company has your best interests in mind. Trust The Company.

How many Hunters: 0 (1 if you need someone to signal them to teleport back)

Method: Just dump all the bait onto the teleportation location. When a T-Rex eventually comes by just activate the teleporter which will teleport the T-Rex back into a Cage. The hunter comes back later, or the cage should allow him to slip through, the T-Rex should be focused on the meet and not some strange 2 legged hairless white thing.

Of course waiting for a T-Rex to just show up might be unlikely, but you will want to identify a general area where you knew T-Rex's existed in the first place and place the teleporter and bait there to increase your odds. You have 30 days, so you can be patient.

You might be wondering about the breathing equipment and gas system. The truth is that we don't know what the atmosphere was like during the time of the dinosaurs, but it was certainly different than it is now (both in composition and in pressure). You will need this equipment just to survive for more than a few hours in these conditions.

Because of the way the way the scenario is set up, I don't think drones would be effective, as there would be no communications during the month long period the time warp is inactive.

Also, baiting the time portal location will not work, at least because the time warp will not reactivate for another month. T-rex will be long gone. Also, T-rex may not like the smell of "modern" cuisine: he be wary of or disregard the bait.

Another possible, and cheap strategy:

£ 50,000 for surplus armoured transport vehicle (will serve as a secure camp)

One very big problem being overlooked here is that no one knows the actual social behaviour of the T-Rex. While the traditional view was it was a solitary predator, there is some opinion that T-Rex actually moved and hunted in family groups or small flocks, with chicks staying in the nest, while adolescents, being proportionally lighter and longer limbed than the adults spread out and acted as "drivers" to flush prey into the ambush positions the adults were waiting in. As terrifying as a single T-Rex would be, being chased by several young agile T-Rex's into a copse of trees where the two adults are waiting would be taking that terror level up to "11" 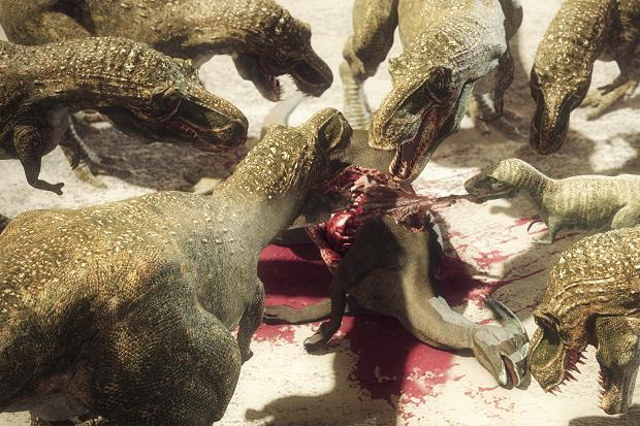 Oh crap! Where did they all come from!

So our hunters will quickly become the hunted, and unless they are encased in an MRAP class vehicle and packing some heavy firepower to fend off the flock, they will be in a world of trouble. Trying to separate a young T-Rex from the flock will be problematic, they are working as cooperative units to drive you towards the parents, and it is fairly easy to imagine the parents are in that copse of trees because that is also where the nest with the T-Rex chicks are. So you are going to be up against an entire family group of very large, hungry and likely foul tempered examples of the biggest and most powerful carnivore to ever walk the Earth. 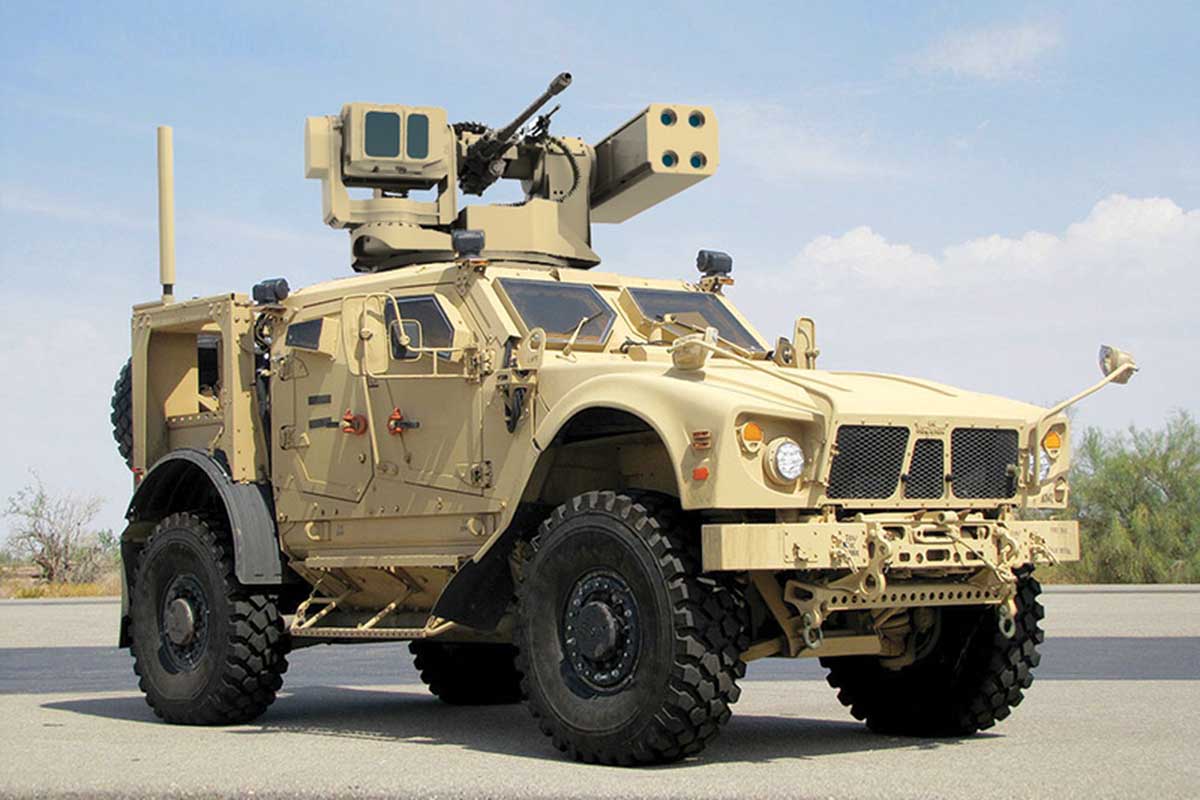 T-Rex hunting. You start with this....

Not the answer you're looking for? Browse other questions tagged reality-check time-travel dinosaurs or ask your own question.

4
How to beat this time travel model?
8
Planetary Colonisation; how to retain ethno-racial appearances over millennia?
21
Is it possible to have a habitable planet unsuitable for agriculture?
5
How do you keep magical creatures trapped in a closed village while allowing for expansion?
122
Releasing a T-Rex into a modern ecosystem wouldn't be that bad, right?
9
How can a species of natural time-travelers have a meaningful society?
6
Can you prevent a star from dying with infinite energy?
38
How could pirates reasonably transport dinosaurs in captivity, some of them enormous, across oceans?
7
“Realistic” cowboy shootout strategy