Half gas half rocky planet

I am envisioning a very big planet that at the equator Is mostly composed of gases. Further away from the equator a crusts forms of matter - rocks that then also contains an ocean. I am still imagining magma forming under the crusts There are continents only at the poles. I am no scientist and don't have a knowledge what sort of dynamics would play here: processes happening, biochemistry, - will the gravity change? How is a core between a rocky planet and gas planet different? Under what conditions can this type of planet exist? Will this be theoretically possible?

Planets don't work like that, unless you declare them as a magic / fantasy planets.

Every object has a mass, and mass creates a gravitational force towards its center. That means any rock of your planet would fall towards the center of gravity, thereby forming a round, rocky core. If there are heavier elements in your planet (like iron), they would flow into the very center of the planet. By the way, that's exactly what happened on Earth.

The heat inside the planet melts your rocky core into magma, while the surface cools down, solidifying the magma to rock again. You now have a solid surface all around your planet.

Above the solid surface follows water, since it's less dense than rock. It would flow as deep as possible (towards the center of gravity), forming oceans. All that is then covered by the gasses, forming the atmosphere.

If you "cut" a giant chunk out of the equator to form something like your proposed planet, the following happens:

You'd need a world that was essentially shaped like an hourglass, with the bulbs being rock and the atmosphere wrapped around the waist. At any size that one would want to live on it that's not at all a natural form. An arbitrarily advanced civilisation could build such a world as a mega-engineering project but it's not a naturally occurring object.

Rocks (and thus magma) are denser than any gas.

Since it's a geologically active planet, it will tend to round itself out, with slightly more density at the equator.

The larger your planet, the smaller the mountains on its surface. Anything as large as or larger than the tiniest of dwarf planets could never have a giant pair of cliffs ringing its equator that go down to its core.

Vesta is the largest body that isn't a dwarf planet, and is the most like what you describe: mostly round, but with a huge, global deformation. (It was once a dwarf planet; successfully cooling to the right shape, but was struck after it cooled and wasn't able to re-round itself.) 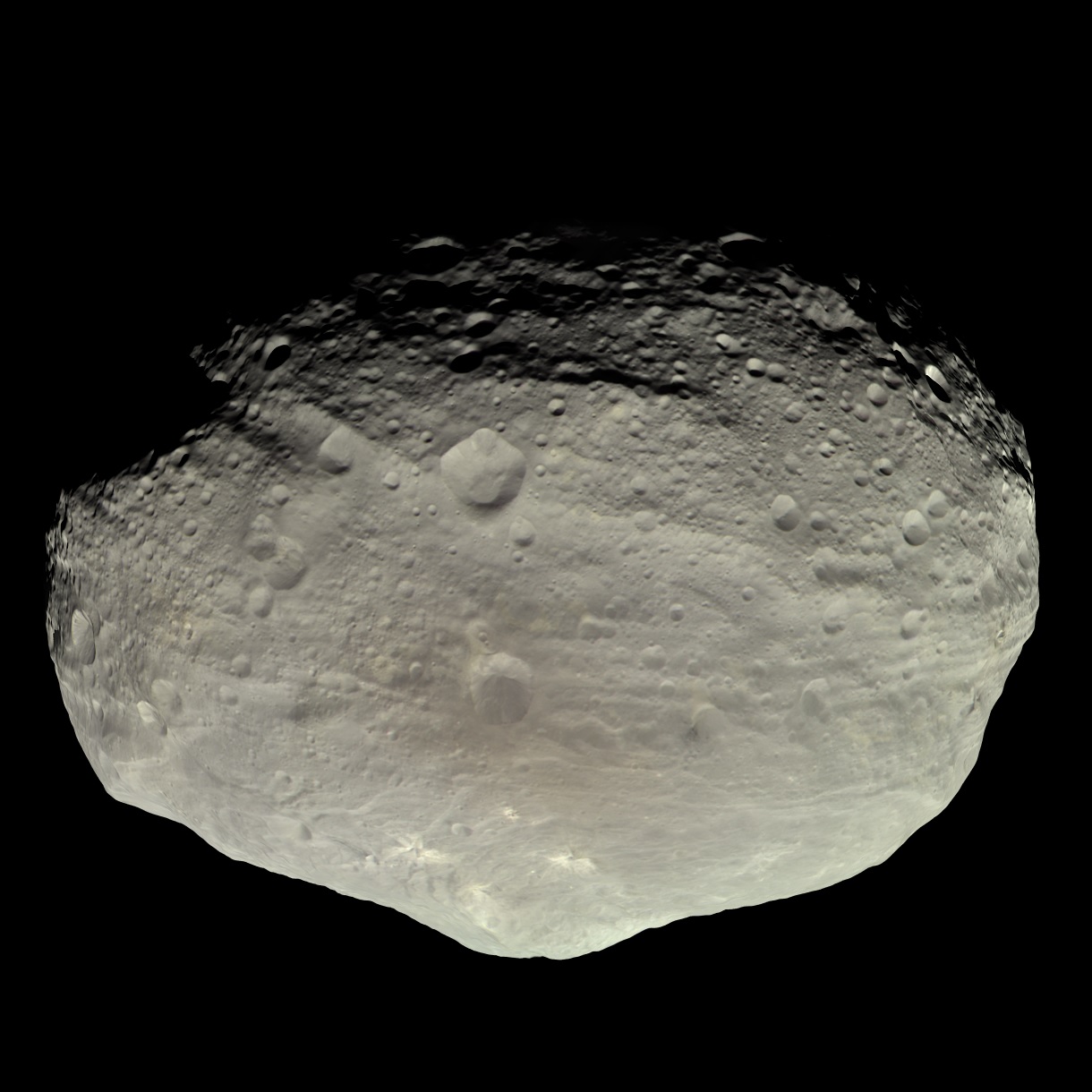 4
How would a species evolve in a world exclusively made of water?
6
A habitable planet made of gas?
10
Can a rocky planet or moon be stark white?
5
Could gas be harvested from a Chthonian planet?
3
High-atmosphere wind dangers on a rocky planet
14
Would a high gravity rocky planet be guaranteed to have an atmosphere?
8
Creating a Realistic-Looking Rocky Moon
3
Could a terrestrial planet become a gas giant?