Can coins be made out of concrete or cement?

Would it be possible to make coins from concrete with designs like the metal ones?

technology materials currency
Share
Improve this question
edited May 6, 2019 at 4:44

Anything someone values can be made into and used as money. That ought to be Rule of Acquisition no. 1, but it ain't.

The point being: if you want to make currency out of concrete or cement, it is indeed technically possible. CaM's answer is thus half wrong, because of Renan's answer.

I'm assuming you want something something a little more portable than Yap Island Rai currency!

If concrete is what you're after, then I'd recommend your coins be made from polymer concrete. Several of its properties are superior to ordinary cement or concrete:

The last point is important because you don't want the bad guys trying to turn you 4 daler coin into an 8 daler coin! Of course, the materials are all common, so, you'll have to put some readily detectable & traceable material within the aggregate to prevent counterfeiting.

Apart from the Yap coins: 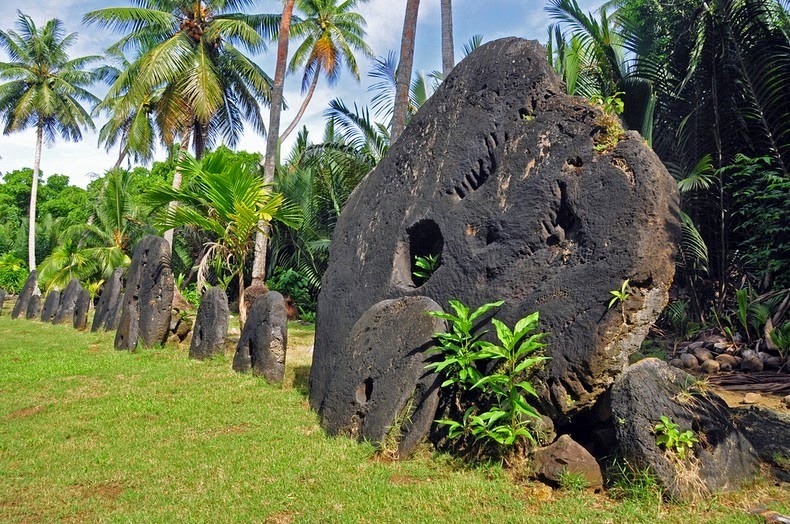 coins have been made from clay: 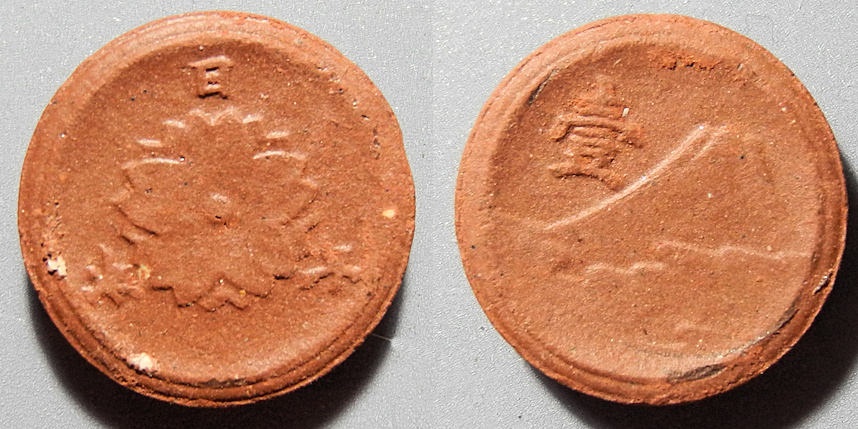 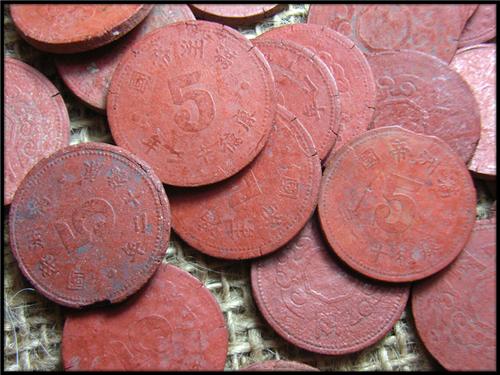 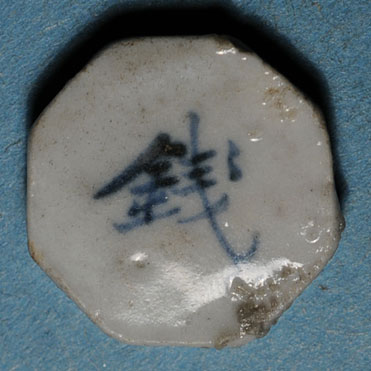 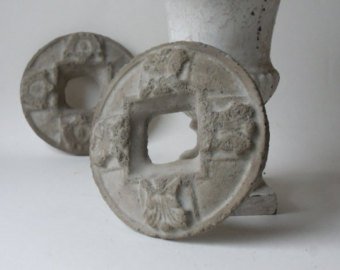 as well as a whole host of other non-durable substrates: 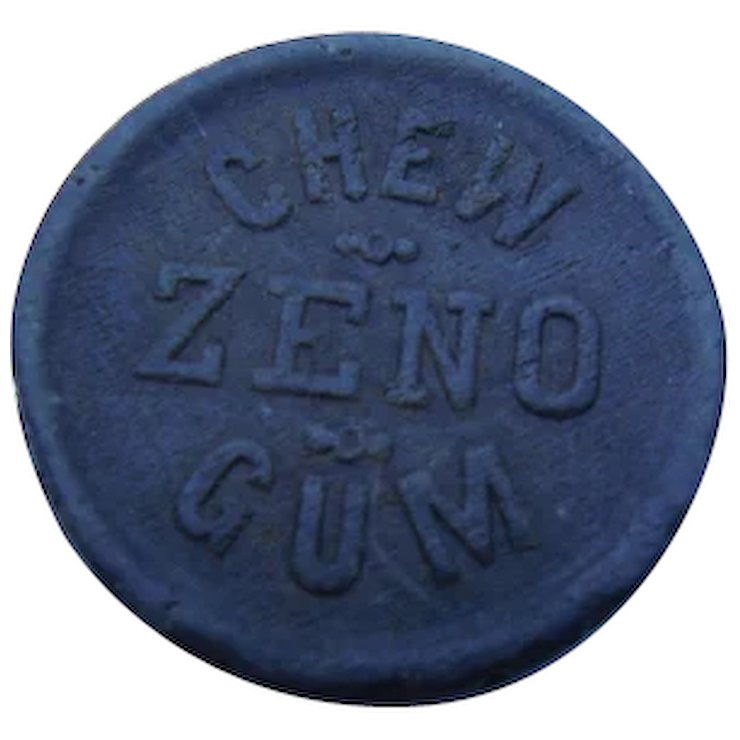 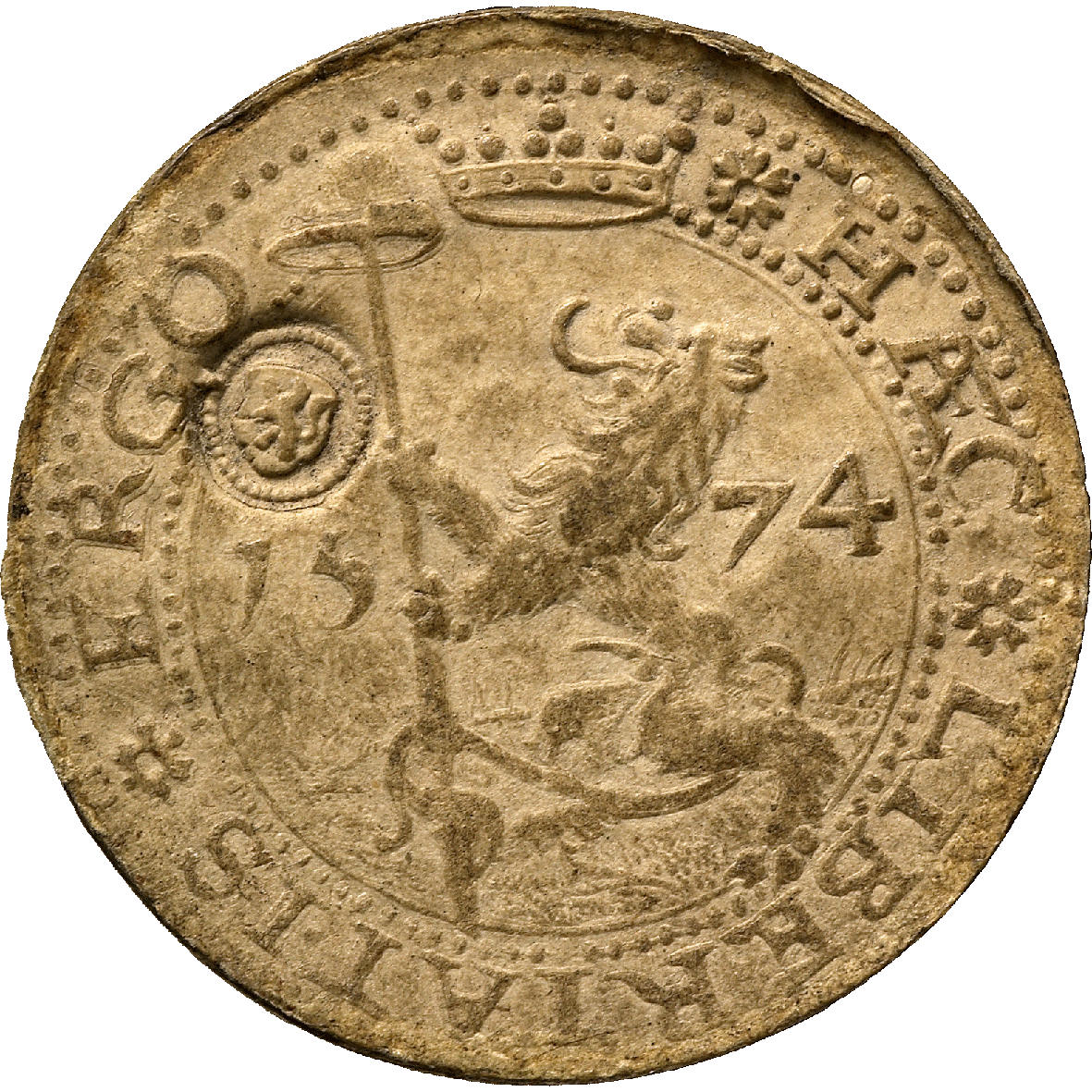 And lastly, issued in French North America to cure a shortage of coins, we present playing card money:

The only limiting factor for the coins your civilisation makes is your own imagination!

Possible, yes. But not useful.

You could make a cement coin. It could be pressed into a shape like a coin with embossed details, etc.

But it would be far too brittle to survive common coin usage. An unsupported piece of concrete roughly the thickness of a typical coin will shatter quite easily. So could fired clay or even carved stone at that thickness.

Also, concrete is abrasive. Coins rubbing together would generate dust and wear down the surfaces, obscuring detail and thinning the coin.

Totally. Something similar has already been done:

Yap is known for its stone money, known as Rai, or Fei,: large doughnut-shaped, carved disks of (usually) calcite, up to 4 m (12 ft) in diameter (most are much smaller). The smallest can be as little as 3.5 centimetres (1.4 in) in diameter. Rai, or stone money (Yapese: raay), are more than 6,000 large, circular stone disks carved out of limestone formed from aragonite and calcite crystals. Rai stones were quarried on several of the Micronesian islands, mainly Palau, but briefly on Guam as well, and transported for use as money to the island of Yap. They have been used in trade by the Yapese as a form of currency.

The monetary system of Yap relies on an oral history of ownership. Because these stones are too large to move, buying an item with one simply involves agreeing that the ownership has changed. As long as the transaction is recorded in the oral history, it will now be owned by the person to whom it is passed and no physical movement of the stone is required.

There is even one such stone that is in the bottom of the ocea due to a shipwreck. Legend goes that the owners kept using that stone for trade anyway, trusting that oral tradition would keep honoring the transactions involving the lost stone.

These stones are often cited when someone wants to make a point that nearly anything can be used as currency provided that a set of requirements are met. Anyway, if stone will do, so will concrete.

Elemtilas provides a great answer about currency generally. If you want concrete to function like the American dollar, you need a bit more limitation. For example, if the species of your planet naturally secretes phosphoric acid, then, yes, concrete coins could work because the real value would be the minter’s clear coating that keeps the coins from being dissolved when touched. Counterfeits would be identified by the fingerprints they develop. Authentic coins would not.

That’s just one solution. Basically, you need a basis of work to make the currency unique and a system for preventing counterfeiting. Anything you can do to either increase the effort required to create a coin OR limit the resources needed to complete that work can become a currency. You just need to figure out how to limit concrete shaping in your world.

What would rulers of rome have said to paper money?

Currency should have the following characteristics:

Counter example: Uncommon postage stamps. Common ones are recognizable and can be used as currency. See Pratchett's "Going Postal" as well as some ads (Send 60 cents worth of postage for your...) A new stamp could easily be forged and passed off.

Modern paper money with it's tracers, holograms, intricate detail is difficult to forge. In terms of coins, the Canada twoney is a good example with a gold coloured alloy insert.

Coins routinely cost more than their face value to make. This is a big discouragement to counterfeiting. Coins however last for decades, are commonly used thousands of transactions, so the cost is ammortized over many transactions to trifling amounts.

Coins acquired milled edges to make 'paring' detectable. Take a sliver of silver off of each coin, and get rich. Modern coinage rarely is backed by precious metal, although copper was high enough that pennies were an endangered species for a while. (The american cent had about 1.1 c worth of copper in it.)

England had some odd coinage, with a pound being 20 shillings, but a guinea being 21. Before they rationalized it to a decimal systems you had endless opportunities for interesting arithmetic. A system that doesn't have reasonable size intervals can be cumbersome. Suppose the dollar had pennies, but no nickle, dime, or quarters? You could have fun with a system that had denominations that were all prime numbers. Come up with a system that to change any bill you needed at least 3 values of lower denominations. E.g. if your bill denominations were $2, $7, $11, $29, $73

My brother used like the feel of crisp bills. He would run the money he made from his paper route through the washing machine, and would iron them, even using starch. (A different sort of money laundering...) Modern money takes a lot of abuse.

Currently small denominations wear out in a year or two. Banks pull them out of circulation, and replace them.

Inflation was so bad at the end of the Weimar republic that people took a wheelbarrow of money to buy their daily bread. Yap money has some issues here.

Concrete money is possible, but you would need to use some of same concepts to make it difficult to forge that we use with modern money. Ground up colourants in the mix? Intricate detailing? Perhaps filling the markings with a layer of shellac, magnetizing the metal that re-enforces it? UV tracers in the glass fibers that re-inforce it.

I suspect that glass money is a better option. Glass is harder to work with, and it's transparency lends itself to more anti-forging techniques. It could also make very beautiful money.

Given a good tempering system it would be very durable, comparable to metal coinage, and more resistant to corrosion.

Sure, you could make money out of concrete. You could even etch designs on it, but as others have pointed out it would be brittle and generally fragile. Carving it out of some sort of natural stone would make it more long-lasting and durable.

If someone had a collection of concrete coins in a bag that they carried around, they would inevitably wind up with alot of broken coins due to the coarse texture and them all rubbing on each other, and if they really got busy they might reach in to pay for good and find that their money has crumbled to dust.

As others have pointed out though Anything that one places value on can be used as a currency. Historically many things have been used from native americans trading in beads, corn, and even trading in a bartering system. For that matter you could even use pencil shavings as a currency if society deemed it valuable.

So is it possible to make coins with designs out of concrete? Yes

Would they stand up to abuse? No, I'd recommend something natural, or something igneous like Basalt

Yes and to prevent counterfeiting, the mint can blend some rare spice into the concrete. It was usual to probe softness of gold coins with teeth, so licking them isn't so far fetched.

You might consider casino chips, some of which are made by a process that isn't all that far from concrete: https://en.wikipedia.org/wiki/Casino_token#Construction They are produced in many different colors, and with designs molded into them, and are pretty durable.

Not the answer you're looking for? Browse other questions tagged technology materials currency .

15
Honey as a form of currency?

45
How do I safely sell off gold coins of unknown provenance?
3
Concrete vs. Tar--Which Would Make Better Mortar?
2
Glass in Concrete?
27
How can you build cities without cement?
0
Plastic in Roman Concrete?
9
Is it possible to make Asteroid Concrete?
2
Is spaceship made of precast reinforced concrete tougher than those malleable alloy?
26
Is there a material or method to allow "swimmable" coins?
8
How many types of coins are necessary in an economy?