How would a creature fly without wings? [duplicate]

I am sorry if this is not the right place to ask, but I have tried to ask this question everywhere and the only answer I’ve gotten are examples of animals like the flying squirrel and such, which does not fit the criteria of my creature. For the details, the creature in question is a large, slow-moving whale like a dragon that is capable of ‘flight.’ It flies similar to swimming, and it does not have any wings, legs or arms. It does have ‘fins’ and a tail, however. It has 6 main fins and several smaller ones. It is capable of breathing in low oxygen areas and usually spotted at heights above the clouds. What I’d like to know is how it would fly. Any answers would be greatly appreciated.

You could take some ideas from methods used by creatures to swim without fins. 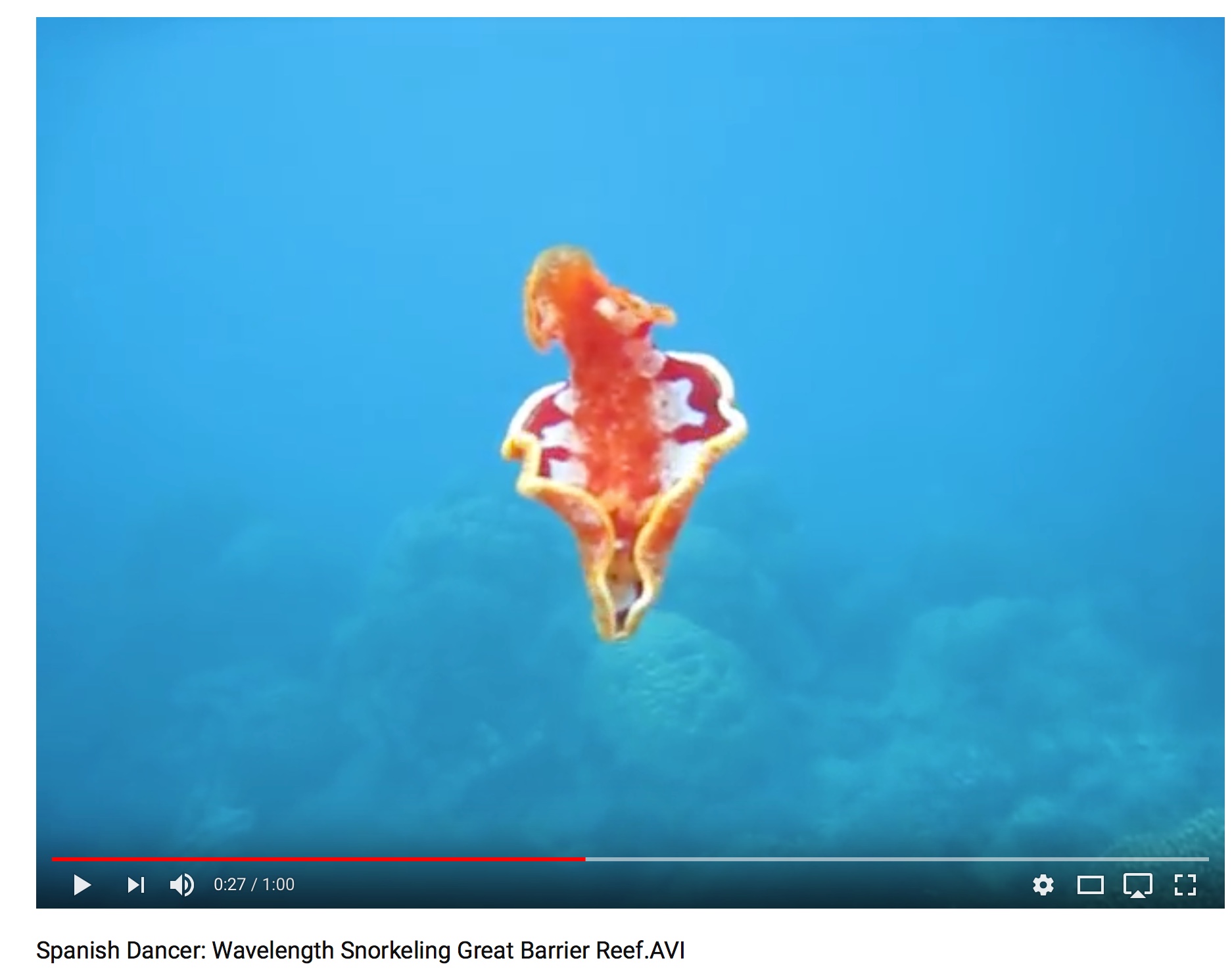 Sea slugs undulate their flattened bodies to move along thru the water. It does not look very efficient but these things have been around a very long time so they must be doing something right. Your dragon's body could be very flat. A flat thing will fall slowly if flat side down (e.g. a piece of paper) because of air resistance and the dragon capitalizes on this. It undulates its body, pushing against the air to propel itself. Such a creature would orient itself flat-side down most of the time but like a piece of paper would be capable of very rapid edge-on swooping dives. This would be more of a Chinese dragon than those Game of Thrones types, I think.

Perhaps the most common type of locomotion used by cephalopods is jet propulsion. To travel by jet propulsion, a cephalopod such as a squid or octopus will fill its muscular mantle cavity (which is used to get oxygenated-water to their gills) with water and then quickly expel the water out of the siphon. The force of the water jet coming out of the siphon is opposed in equal magnitude by the force of the cephalopod’s body as it moves in the opposite direction (Newton’s 3rd law). These equal, opposing forces send the cephalopod jetting away from its water stream, much in the same way that a rocket ship is sent in the opposite direction of the exploding rocket fuel coming out of its engines.

Your dragon would gulp air and then expel it forcefully, propelling itself along. Something like this could be a good addition to the undulating flight for when rapid motion is needed. Dragons traditionally can make fire which is hot air - expansion is a fine way to make pressure although a jet of flame shooting from the rear might be as much funny as awesome.

I would give it specialized swim bladers filled with gas . Either Hydrogen or methane, since helium would be harder to produce. Hydrogen can be produced through elctalysis and methane can be created through certain digestive properties. It can control its height with one specialized bladder that expands and contracts to increase and decrease buoyancy in the air.

It can get water by sucking in clouds.

And then finally it swims through the air by rhythmically using its fins, like a protoundulation.

Not the answer you're looking for? Browse other questions tagged creature-design flight or ask your own question.

61
What are the conditions in which a creature would evolve more than one brain?
35
Why would the mouth of a creature evolve to be away from the head?
49
Why would an underwater creature remain lodged to its prey?
9
Could a deep ocean creature use some kind of bacteria in its body as a way to generate oxygen?
10
Possible material for dragon wings
8
How viable is a creature that floats through the air like a living hot air balloon
6
What would it take for a theropod-like creature to be capable of running underwater?
7
Anthropomorphic flying squirrel, gliding capability
2
How Would a Merpanther Hunt?
3
Tentacle fingers