I found that most wolf species (especially European ones) have average weight of 40 to 60 kg and average height (at shoulder) of 50 to 80 cm.

Very difficult, especially if you see a single wolf and not a pack. If you change only the weight, then the dimensions are only slightly larger by 1.26 times scaled up. Therefore, there is nothing special at all; it is just a statistical outlier.

Consider that the tallest man was Robert Wadlow, 2.72m high. The average human height for different ethnicities can be found here, even choosing the worst case (highest one, which is 1.856m) the aforementioned Mr. Robert was at least a 1.465 time scaled up human.

Not only: the Eurasian wolf, for instance, has an average weight of 39 kg but some exceptionally large individuals have weighed between 69–80 kg. There's no real motivation to think about something strange if you see a wolf twice as heavy as the average one.

TL;DR: A wolf keeper would consider it as an exceptionally large individual, but nothing "magic". A common person won't have a clue about that, it would be just a big bad wolf as it should be in his imagination.

When I grew up we owned a half-wolf/half-malamute husky. The dog had huge paws, was large and beefy, graciously didn't drag us around like a mop when we played tug-o-war with him, and easily pulled two of us in a red wagon. The dog protected my father from two dobermans by standing on them with one paw (each in turn) and barked at only one thing that we ever witnessed: a woolly catepillar crawling across the porch. He howled like a wolf, though. He was 200# +/-.

Twice the weight of a normal wolf, but with the wolf's larger-than-normal paws. Huge around the shoulders. And he was broad in the shanks were a wolf is lean.

So, would the average human be capable of distinguishing a 2X wolf? No, not unless accompanied by a 1X wolf. They might notice if they looked hard enough, but so much of the mass is taken up in shoulder muscle and length that at a glance they'd look the same. It's the paw prints that would distinguish them. You'd easily see the difference in the paw prints.

Those wolves look big, but proportional. A person who is somewhat familiar with wolves would immediately notice that it's big, even outside a pack. But for a non-familiar person, any wolf in the wild would probably look big and scary. On a different note, when I see wolves in a zoo, I can't help wondering - "Is this not so big dog really the fabled human nemesis?" 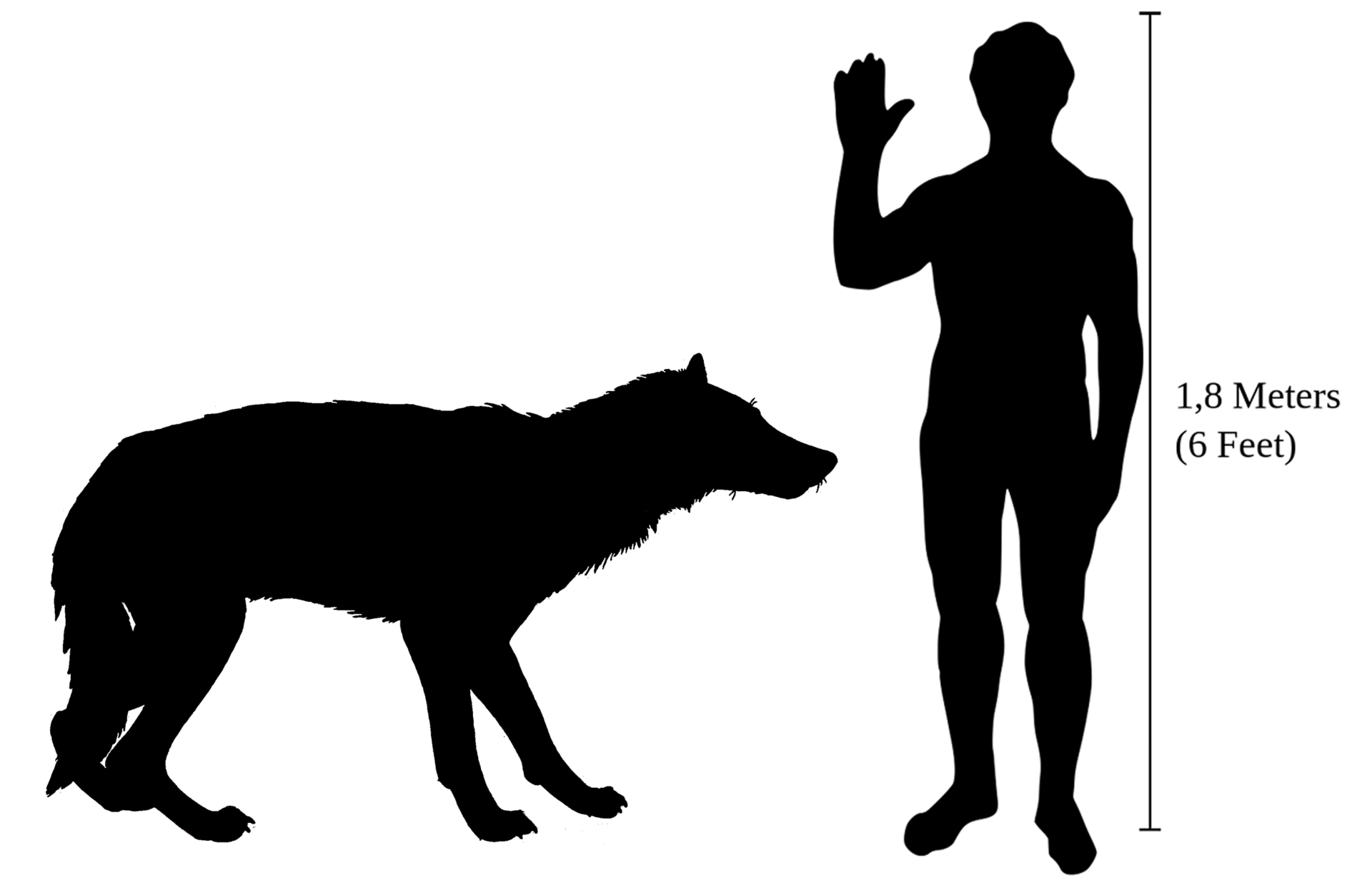 For scale you ought to look at dog breeds.

Would a commoner know it was really huge? I guess you're talking Medieval times? If they've seen wolves then, yes, they'd know it was huge, depending on how close they got or how tall an animal seemed next to a tree--so if they come to a tree the animal was next to, they might see that it was taller than a knot and realize how big it really was.

For a relative scale, I've placed dog breed sizes, and beneath that, a huge 200 pound dog for scale next to a human. Obviously, the head would be different, but this is close enough. 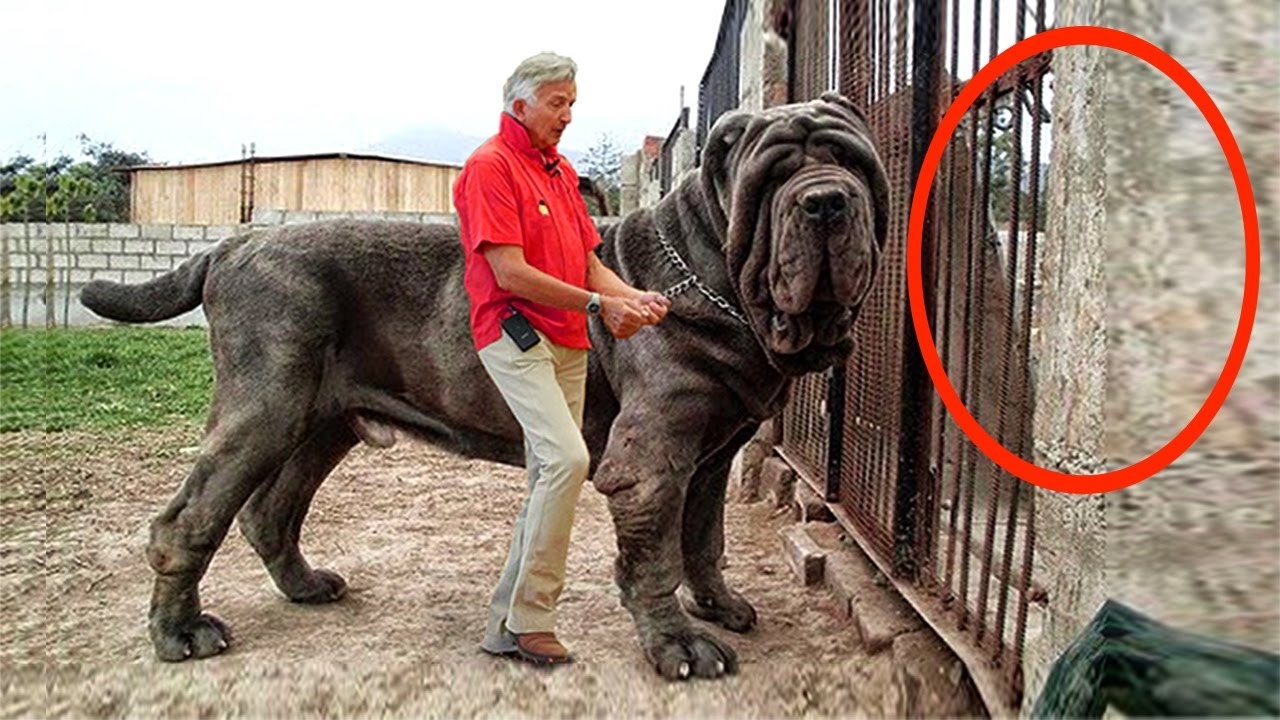 Not the answer you're looking for? Browse other questions tagged science-based biology zoology or ask your own question.

1
Creating an exoskeleton/shell for a creature living on an Earth-like planet with specific properties
16
How can I figure out the territorial needs for my Werewolves?
2
How to differentiate between elves and men
8
Possible height and size of a giant tree on an Earth-like planet?
8
What would hunting with wolves look like?
8
Developing a scientifically accurate species of dragon-like humanoids
7
Anthropomorphic flying squirrel, gliding capability
3
The Mad Scientist Asks, “What Would a Hybrid Between a Grey Wolf and a Dire Wolf Look Like?”
6
How much floofy can my werewolves get without making thermoregulation a problem?