I have a town, the capital of an empire. It covers 560 Hectares.

What kind of natural barrier conforms to the following requirements:

I wish to know what type of natural barrier I could use to make it realistic both geologically (it must be able to be explained how it naturally formed) and strategically (it must not prevent trade or be too easy to overcome with an army).

An "Oxbow Lake" may be what you are looking for. Formed when the river makes a bend, then cuts its self off. Basically you get a moat around a sizable chunk of land.

The river itself is the best barrier. Your city is built on an island in the middle of the river, and there are only a couple of bridges on each side. Imagine something like the Île de la Cité, the original location of Paris, but on a larger scale.

A peninsula jutting into a deep lake or a spit of land on a river bend seems to have most of the attributes you are looking for. The neck of land is narrow enough to fortify and garrison with a relatively small force, and the water provides a means of hindering approaches from that side. 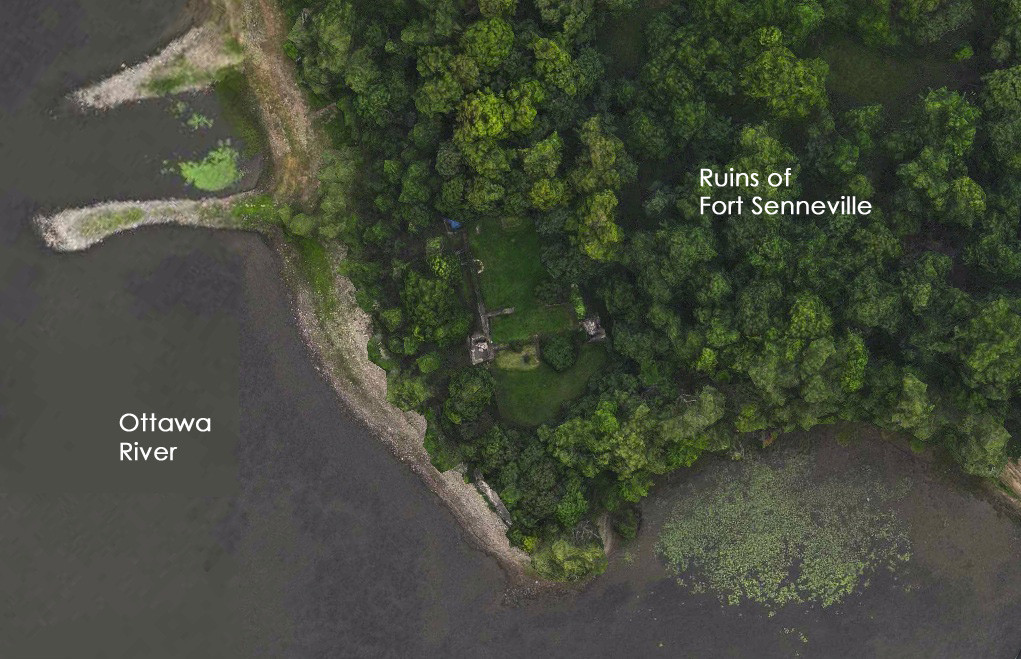 Fort Senneville. If the peninsula were narrower, the approach to the rear would be much more defensible

During the American Civil War, Vicksberg was built overlooking the bend of a river (for reasons of geology, it was actually opposite the land jutting into the river, the garrison had a powerful battery of artillery to close off the river and was mounted on a high bluff), which illustrates most of the points. In the Civil War, Grant found getting either near or even around Vicksburg very frustrating as the terrain was very difficult to manoeuvre armies and artillery through.

So building on a high feature overlooking a bend in the river, and ideally one with difficult terrain behind it and a narrow approach (like a finger sticking into the river) will provide a defensible position. Your main issue is actually going to be the ability to store enough provisions to endure a long siege, or having a powerful enough fleet to force passage to and from the city to relieve them and provide supplies.

It could be on the edge of a fault line, surrounded by deep bodies of water with active underwater volcanoes which cause the water to boil, and frequently release toxic gasses which would make crossing by boat unreasonably dangerous even if the boat was able to sustain the heat. Not to mention, the steam from the boiling water makes the traversal really scary, because nobody knows what freaky creatures are living in that hot water. In a few places, natural land-bridges have formed which people can get across. The land-bridges are wide enough that they aren't too hot to walk on in the middle, but if people stray too far from the well-trodden path then the land becomes hot and unstable, leading to potential for cave-ins and more releases of gas. If you're near an ocean then maybe it rains often enough to replenish the boiling water in your barrier-ponds.

In the above scenario, I suppose your river would be warm and yellow, but the people might be able to filter it and make it drinkable... Idk if you plan to have fish in that river, but in this scenario they would have to be fish unknown to the real world.

What about a crater like those left from a volcano like Aogashima, Japan or Diamond Head in Hawaii? That would offer protection around the perimeter and depending on the size/depth of the impact there could be access to water.

The residents could also easily control any paths/tunnels in or out. Because of the steep terrain it would be very hard to get any sort of siege weaponry along the peaks and any attempts would be noticed long before they reached the top. Especially if lined by watch towers.

Why wish for this city to be built on the continent when it cuould be an island? Your City is built either in an island in the middle of an easily acessible ocean or in a stream. The river or sea around the island would provide protection against almost any large land based army, as they require boats to cross the waters. Adding city walls you have a hard to break line of defense, while a port accessible through one or more sea lanes provides a perfect basis for trade.

Dikes are your friend, large magmatic dikes can be many metres thick. Most are linear or curvilinear features but they also form full enclosures around large areas of land. There are three realistic formations

In all cases the tunnels cut through the dikes have to be carefully sized and placed to ensure their defensibility but should easily be filled or blocked by dropping large debris from above, inside or out.

17
What determines distribution of natural resources?
5
Faux-natural barriers between environments in a world-sized zoo
15
Which Natural Resources Go Where? (Medieval Fantasy Setting)
11
Natural subterranean cave formations on Mars
116
In a medieval setting, how far apart should towns be?
6
Longest "linear" natural formations
3
How to form a huge natural plateau with a slope?
2
what kind of natural disaster can affect earth on a planetary scale?
3
Any advice on what is a realistic way to use plate tectonics to create landmasses and barriers?