Hitting a Thermokinetic With a Bullet

This last one is the most troublesome. According to the rules, there are several targets on the person's body which must be hit by a paintball for them to be out. It's not allowed for a person to guard only their targets, but they can guard their body. It's obviously difficult to hit any of these characters (duh), but the thermokinetic gives me some problems.

The thermokinetic just radiates an aura of heat (which he can obviously control) which is warm enough to make bullets melt before hitting him, let alone a paintball. How would it be possible to hit the thermokinetic with a paintball? You can use the abilities of other people (listed above), or you can just get creative and use some sort of strategy/superpower combo.

Note: Assume he doesn't have a weakness, and there isn't an excessive amount of water available (though you'd probably need somewhere around a lakeful).

The thermokinetic just radiates an aura of heat (which he can obviously control) which is warm enough to make bullets melt before hitting him, let alone a paintball.

Well, if your hero just radiate heat, just coat the paintball with an high reflective layer. This will reflect away most of the hear, reducing warming up of the bullet.

This is more or less what geologists (according to international standards they seem to be pretty sensitive to heat) do when getting close to molten lava flow. 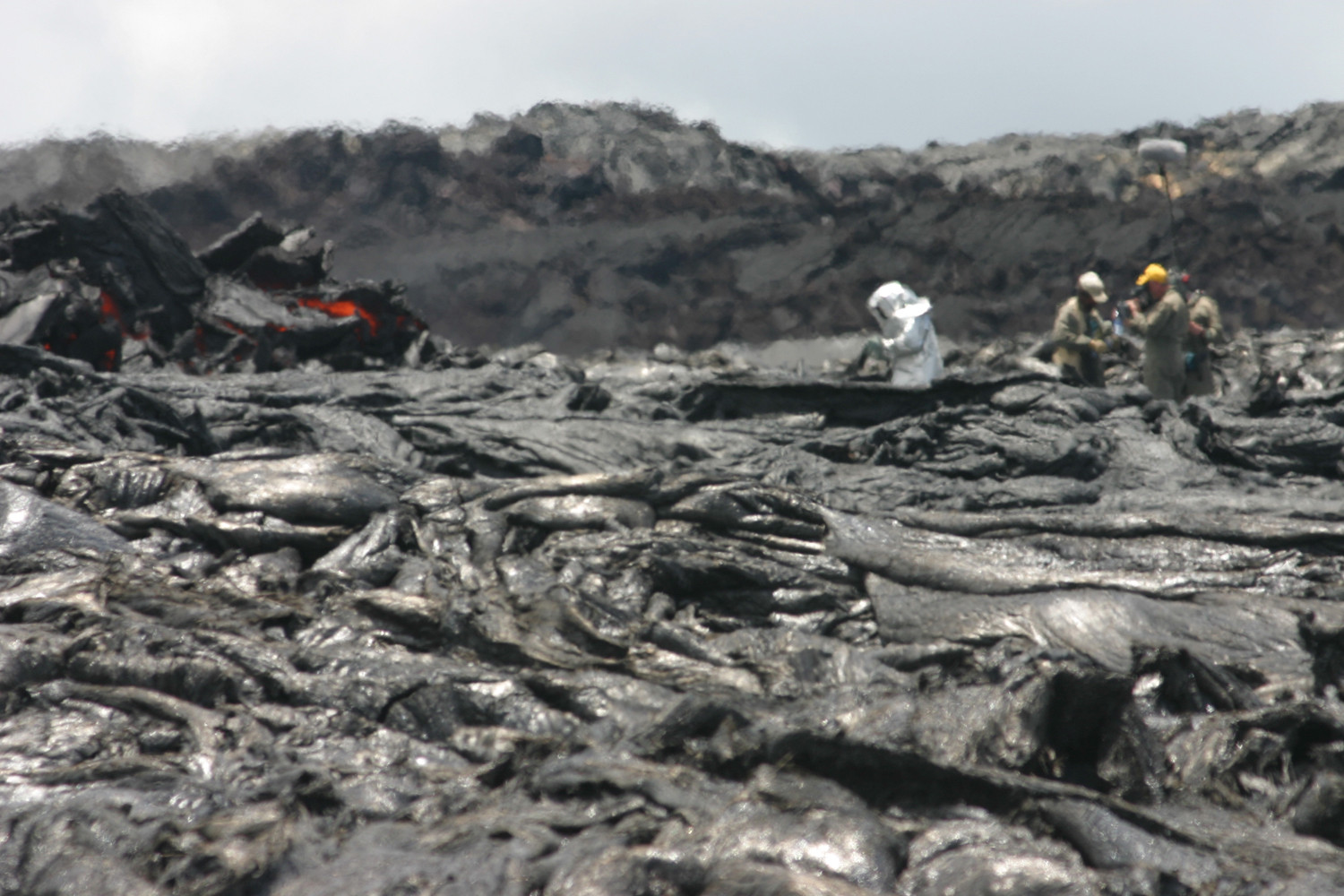 A thin layer of aluminum can already do the trick.

Give them a weakness

There are several points to address here...

Assume he doesn't have a weakness...

Well there you are just getting hoist by your own petard. Give them a weakness, or just have them turn the aura down for training purposes.

I'm having several of my superpowered characters do a simulated scrimmage, with paintballs...

Why do they want to do that?

How does the power work?

Depending how the power work, you are faced with some issues.

A paintball travels on average (in the UK, which has power restrictions) at about 350 feet per second. and is propelled by CO2, which cools the paintball as it is fired. this is why you occasionally get "bouncers" which means the ball was too cold to split and it just bounces off. believe me this is more painful than one that splits. they also only have an effective range of about 50 metres this is on average, more powerful paintball (up to about 500-600 fps) guns are available but the range is only increased to 60-70 metres. this is because the barrel can't be rifled as it would split the ball inside the barrel

the temperature of this aura would need to be very hot and very large in order to impact any noticeable heat onto something that is traveling that fast, as this is a lot lot slower than a lead bullet.

Heat is quite slow to transfer in air, so unless the aura was hot enough to start causing material around him to catch fire spontaneously. then i don't see it even being an issue. and you could simply have the game marshals, state no setting any of the game area on fire. and if he was generating that levels of heat then he wouldn't be able to shoot anyone so he'd have to control it to a point.

Worst case for the game is that it might weaken the ball so it hurts him less.

Unfortunately I don't know the speed of different bullet types, however I'd say that to physically melt something movong that fast youd need an extremely hot 'aura' since the bullet would pass through in far less time then a second. Especially high-powered rifles. If this is the case then there's no way a normal paintball could make it through.

The only way I can see this character being hit is if the paintballs are filled with a special chemical that is resistant to melting, or maybe they are 'super-frozen' beforehand so they reach a normal temperature by the time they hit the character.

Alternatively the character could just turn off the aura altogether. Since it appears to be about training, or maybe a contest of some sorts, the focus of it could be to rely on tactics and strategy instead of any type of powers, if that makes sense.

The lowest-lying fruit would be that the force-field one is able to temporarily extend the force field to objects such that the paintball could get close enough to deposit its payload before burning up.

Instead of vaporizing/melting bullets coming at him, what if your thermokinetic used his powers to heat the air and create strong winds around him to alter bullet trajectories? If the winds rapidly changed direction it would be nearly impossible to actually hit what you aim at unless you used a heavy, high caliber round. It can still mostly block enemy fire, but still has the chance for a stray bullet to sneak through, especially if your thermokinetic is up against something with a high rate of fire.

Based on some cursory research, this would likely only be effective if the enemies are more then a few hundred yards away, and with wind speeds around 10 mph.

30
Would pyrokinesis be an effective defense?

1
Clothing requirements for people with enhanced speed
37
Could a really fast man catch a bullet?
2
Splitting the atom with a hammer
2
If a character can bend a steel bar into a pretzel with little to no trouble what kinda strength level are we talking
20
Realistic Take on a Person With Invisibility Powers?