Economy gain if any for mining moons like Titania?

In Warlords I envisioned the "outermost colonies" around Neptune and Uranus to be a political faction of their own. Separate from the inner planets (Hegemony) and the Jovian and Saturnian leagues. To explain this I believe that some sort of economic gain must exist for a decent population to settle these colonies.

Titania, like most moons of Neptune and Uranus, is made up of mainly ice and rock (I believe a few of moons may be different). Is there any thing worth mining, extracting, or tapping into on moons like Titania that could explain the development of decent sized colonies?

In my mind the colonies could at least be self sufficient having fuel from the ice giants and water/oxygen from the ice. They would also act as the rest stop or depot for ships heading to and from the Kuiper belt if that helps.

Water ice and the various frozen volatile elements like methane and ammonia are themselves fantastically valuable for use in expanding colony life support systems.

Water gives us hydrogen and oxygen, methane is hydrogen and carbon and ammonia is hydrogen and nitrogen, all the basic building blocks of life. Of course you can also use energy to rearrange these atoms to make other useful materials, like hydrocarbons as the feedstocks for chemicals, plastics, pharmaceuticals and so on. You are actually sitting on one of the gold mines of the 23rd century. 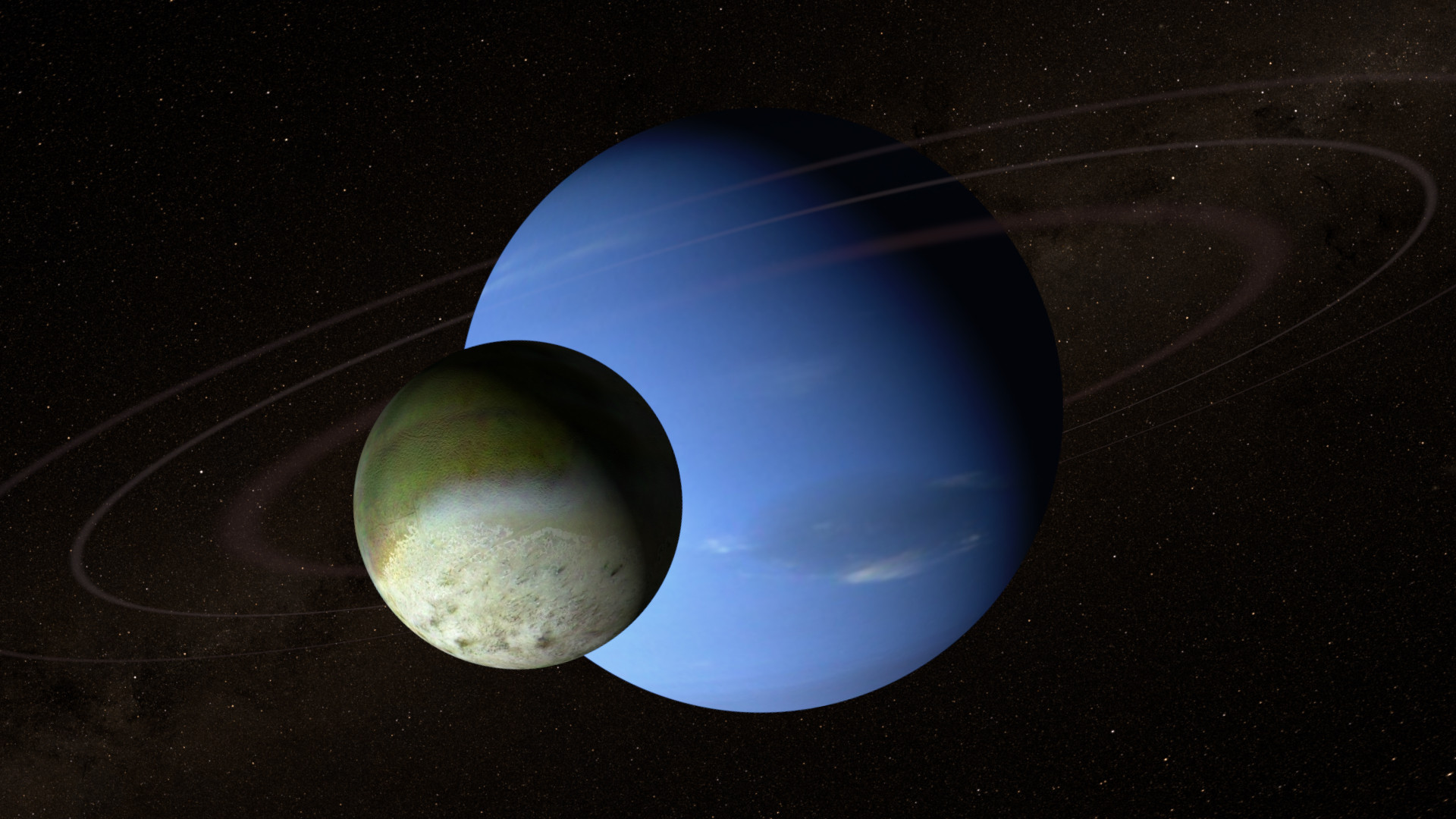 Neptune has a relatively small gravity well and radiation environment compared to Jupiter, so operating in and around the Neptunian system is relatively easy (Uranus has similar attributes, but the extreme tilt of the polar axis adds complications to operating in orbital space when arriving or departing from the system compared to Neptune). You can even exploit the metals in the rock by building vast platoons of mirrors and thus the ability to harvest useful amounts of solar energy, enabling operations to be conducted in a fairly energy rich environment, giving you lots of flexibility and the ability to make value added products on the spot: you could sell drop tanks full of petrochemicals rather than just raw ice, for example.

Other high margin ventures could include real estate: the extreme cold means that you have essentially an enormous heat sink for computing and other industrial activities. Thermodynamic processes depend on the temperature differential between the "hot" and "cold" reservoirs, so you will be able to run factories far more efficiently in deep space than in the inner solar system. In technical terms, the Carnot efficiency is 1-Tc/Th (1-Temperature cold/temperature hot).

To expand on this, let's use an example from Earth, where the temperature is @300K. A heat engine using heat energy at 400K would have an efficiency of 1-300/400; 1-3/4 = 1/4, in other words 25% efficiency. Since the average temperature of Earth is in the 300K range, to become more efficient you need to use much higher heat inputs.

(For a detailed and entertaining YouTube video, watch this)

Neptunian and other denizens of deep space have the potential to leverage the environment to their advantage, and use the vast distances between then and the inner solar system to maintain some social, cultural and even military "space" to allow them to develop as they see fit, and not as an appendage to the other polities in the Solar System.

4
What motivation would people have for mining planetary rings?
0
What would an interstellar economy bound by relativity look like?
5
Would Europa be a logical choice for commercial and industrial ice mining?
3
Using Mars as a waystation for asteroid mining
1
Which asteroids are likely targets for a mining base?
3
Mining for waste
3
Manipulating decaying positron-emitting isotopes for positron “mining”
5
How can an individual that consumes the biomass of others not experience any weight gain?
11
What element, if any, would justify mining stars (financially)?