Is a mainly kicking combat style like Muay Thai, or Taekwondo realistic for a giant humanoid of around 15 feet?

I'm working on creating a realistic species of giant humans. I've changed the proportions, such as creating elephant like feet and muscular pillar-like legs to support the weight. They also possess a reinforced neck and thick skull to protect the head from fall damage. Average height is about 15 feet. Average weight is 1-2 tonnes.

In melee combat against regular sized humans, I thought a kick-reliant fighting style would be interesting, armoured legs and feet as they could run through crowds of much smaller opponents.

A style similar to Muay Thai or Taekwondo.

However, I can't imagine there not being issues with using the body in that way at that size. I imagine problems such as balance or being nimble would arise. Perhaps even putting too much weight on one leg would be a problem?

Would this type of combat be feasible? 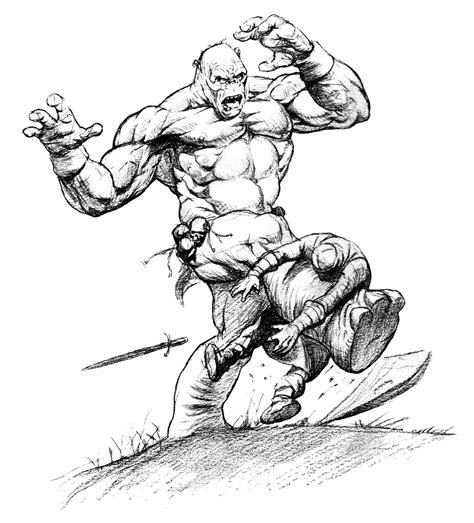 It'll work (it's technically feasible); but it's not the most effective thing to do.

A better way for them to fight (in a 1v1 scenario against a regular human) would be to use their ridiculous height to their advantage. Muay Thai and TKD are styles designed for regular sized humans against regular sized humans; on a 15 foot tall human, a lot of the techniques are no longer useful (as you'd be aiming at the air on top of the human).

Instead, what they should do is carry a thick, long stick. From a height of 15 feet up, every single poke with their weapon towards their target will be hard to block and at the same time, aimed towards the head of the enemy; a very effective place to hit.

Because of the body profile available to attack, and the way a human would have to hold a shield in order to defend against said strikes, these strikes could easily knock over the human (or at least push them off balance) if they tried to defend with a shield; they'd have to hold their shield up at an angle, and the long reach of the giant's weapon would be able to clip or target the top half of the shield, pushing it behind the human (and thus the human onto the ground, unless they let go of their shield).

Of course, in group scenarios, there are even better ways for them to organize themselves. One such way would be to ram through the enemy whilst pushing large bulldozer-style-front-end wheelbarrows. A row of them lined up together would form an impenetrable wall (probably 9 feet or higher, (higher than any human would be able to climb while being run at)); a makeshift cavalry charge (but with the infantry instead) would completely decimate an enemy formation/line.

A tip for designing or choosing fighting styles; it's important to remember that almost every human fighting style is designed for humans vs humans. Thus, when picking or designing a fighting style for a different species, it's almost never the most efficient choice to pick a style that already exists. It's almost always better to come up with a custom style that makes use of the characteristics of the species (especially when you know what the opponent is and can target their weaknesses).

Every style is different and barely any are objectively "superior" to others if you don't compare them on specific aspects.

Modern Judo is about control

In modern Judo the idea is not to break all your opponents bones or kill them. The purpose the techniques serve is to break balance and use the opponents own force to bring them to the ground where you immobilise them. Especially the "ground combat" is why many martial artists train Judo at least to an extent as few combat styles covers this topic. Also it includes basic techniques of how to fall without injuring yourself.

Regular Boxing is about getting the most impact from your punch

A Boxer mainly trains for stamina and muscle buildup to give the punches a significant impact. If you have ever seen a boxer fight a regular dude the fight lasts one punch until knockout.

Martial artists of this types often look slimmer than regular boxers for example. They fight completely different, but the techniques serve a similar purpose. A Taekwondo-Kick has a huge blunt force impact that can quite easily break bones.

By physically superior I mean people who are taller and stronger than you are. The style is all about balance and not ever holding up against force, but to use quickness and (your own) body control to have the opponents strength work against them. It is heavily aiming for weaknesses and does not rely on brute strength at all. I personally know women of small and slim stature that could defend themselves against a taller, physically strong guy if they had to. Even the basic punch is designed to work by quickness instead of muscle strength.

Krav Maga is designed to be efficient and quickly learnable

Krav Maga has a unique design philosophy. It is all about being simple and efficient. A person can get a 3 week boot camp of Krav Maga and would beat people who trained most other combat styles for a year. That is why it is so popular with military and the likes. The idea is breaking every situation down into abstracts and training reflexes on how to react. The combat style is taking lots of things from many other styles. It is more focused on strength than finesse, but it is efficient enough to be used by people who are not that strong.

Depending on what you want to achieve with your style it has to be specifically designed for that.

In your scenario that means giant vs human - from the giant perspective.

Using range to your advantage

As Aify pointed out in his answer you need to use the range advantage. Any punch against a human less than half your size would require you to bend over making you less mobile. So punches are entirely off the table.

The range of kicks is significantly longer than the range of punches. And another bonus is that kicks come from the hip which is closer to the opponent than your torso and shoulders where a punch is directed from.

Humans can only attack your legs and that only if you kick directed at them or they are very close to you. Defending against kicks is extremely difficult for a human in this scenario. The giant has significant force and being hit probably means you're thrown away. So their best bet is dodging. That is why kicks should be designed in a way that does not make you move towards the human during the kick in case they should manage to dodge. That would open a window of opportunity for them as they bridged the distance and have your leg at their disposal.

Another part that should be taking into consideration is what to do when the opponent managed to get close? Kicks do not work close range as you do not have the distance to create the impact you desire. So you need to use something else. As we have established punches are not useful either. But the giant also has a mass advantage. Simply trampling onto the ground (or the opponent) has a huge impact when you weigh more. In human combat trampling can only be used on enemies that fell to the ground. But a giant could use that on a standing human.

Sure, the mass of any kick from a being that size wouldn't be blockable particularly if it was encased in metal. Technique isn't all that important.

So a 15 foot giant would kick you over shield and all if he connected. He already has a huge size and reach advantage. So he'd be silly to just use kicks though. A more balanced style would be better. Kicking and trampling while using a large and long weapon would be much better.

Considering evolution, balance and proportionality must have evened out to make up an existing species - as a result, you can assume, that massive drawbacks, such as massive balance problems etc. are already taken care of. What is left, are the physical results of having a mass of probably a ton.

Since we just talk about fighting styles, I assume we leave out any sorts of weapons, may it be melee or ranged ones..

A big advantage to build around for the giant, is what in fact boxers do already - if they outsize their opponent, they try to keep them on distance, as they have a longer punching range, but are usually a bit slower than their agile but smaller opponent. Contrary to this, the smaller boxer usually tries to get up close, into his effective range, where the angles of the punches from the bigger one are starting to be awkward.

All in all, what the giant has to achieve, is to abuse his massive power, coming from the mass of his body, and defend against his weakness - his lack of agility and manouverability at close range. Kicks can indeed help, however 15 feet are "small" enough, so that you can reach most humans with your arms, without going down on your knees.

Thus, sweeping and shoving could be heavily involved.

No, kicking would not be effective.

Kicking are already easily defended against in normal humans. This is because the larger mass of your leg means that kicks have lower velocity. This problem can be alleviated somewhat with training, but it is still a problem. Now, take your hypothetical ogre. Due to having 15 times the mass of a normal human, his kicks will take ~20 times longer (base 15 for mass, + 5 for longer nerve lengths slowing down transmission speeds).

In the end, Your hypothetical ogre will be better served with a ground pound, or even just a regular punch.

Not the answer you're looking for? Browse other questions tagged reality-check warfare medieval fantasy-races or ask your own question.

10
What are the requirements for an atmosphere retaining moon with a stable orbit around an Earth-like planet with non-destructive tidal forces?
4
What should dwellings look like for a winged humanoid?
11
Mermaid Land (and Sea?) Combat
22
Realistic sky of an Earth-like moon orbiting a gas giant (length of day and size of celestial bodies)
21
For a head of a palace guard (staying mainly inside the palace), is an estoc a realistic weapon of choice?
44
Would a horse be sufficient buffer to prevent injury when falling from a great height?